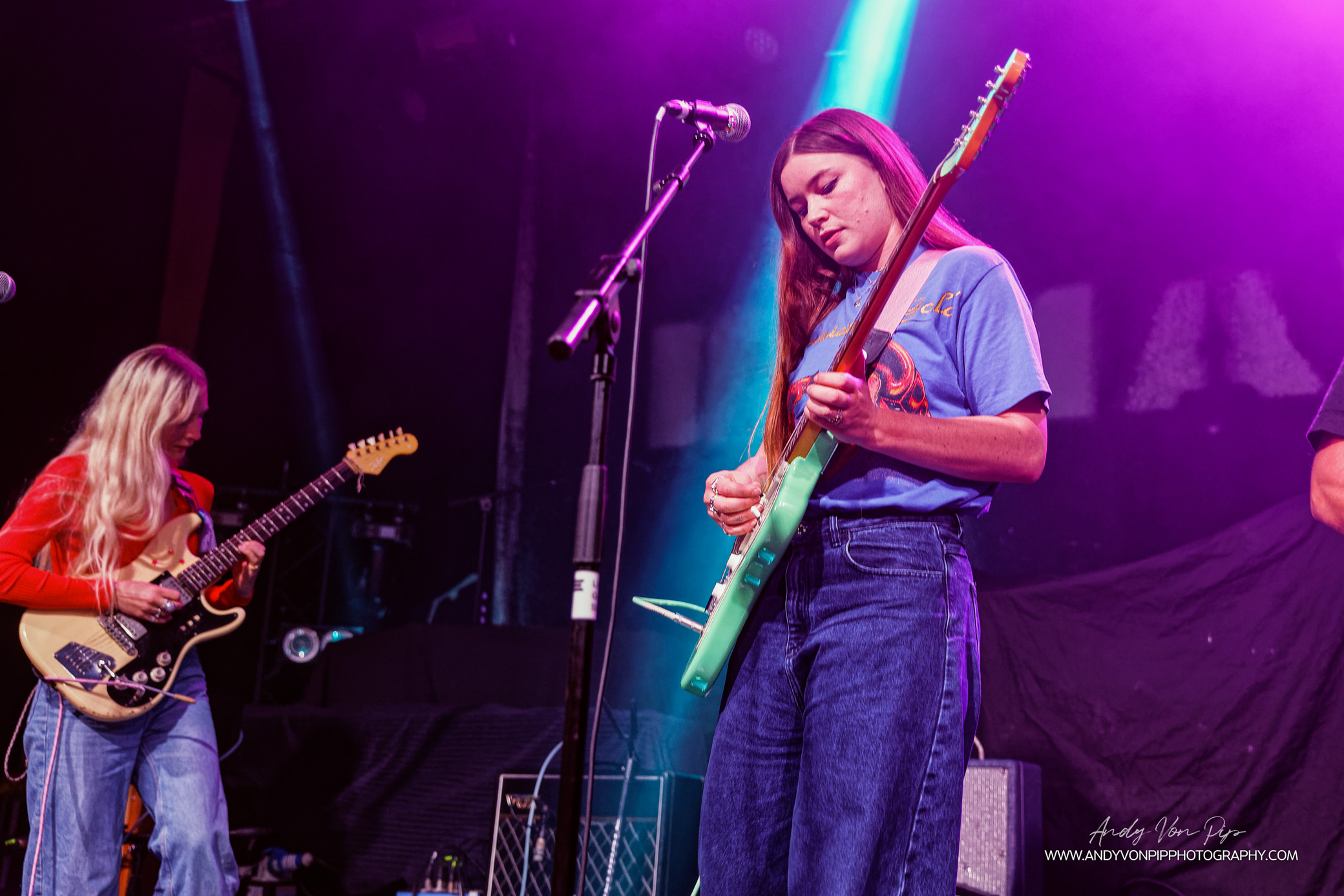 Another glorious track from Rhian Teasdale and Hester Chambers AKA  Wet Leg arrives in the form of “Angelica.” It’s a track that has a distinct Elastica meets The Breeders vibe with a hint of The Au Pairs’ strident angular dissonance. Furthermore, it doesn’t really sound like any of their previous releases and yet still retains that baked-in intrinsic sense of “Wet Leg” uniqueness.

Recorded in Chambers’ living room, by bandmate Joshua Mobaraki, it’s a track that details the good times and the regrets. Teasdale’s lyrics go from the mundane observational absurdity of “She brought lasagne to the party”, to the sardonic “I don’t wanna listen to your band” to social angst “I look at my feet then I look for the door.”  The track takes its title from the name of one of Teasdale’s long-standing friends and she says of the song, “It’s laced with disenchantment. Even though the chorus is ‘good times, all the time’. That’s just impossible, isn’t it?”

It’s from the band’s forthcoming self-titled album and once again shows there’s more to them than a track about a French “long chair.”

They are off to the US to play several sold-out dates before returning to the UK, where they will again hit the road where hearts will be won and minds will be blown.