So Wolf Alice eh?  A band we’ve featured numerous times on the blog since tipping em back in 2012 and a band for whom our love remains undiminished. In fact, you could say our love has never cooled if you’re a fan of desperate puns  ;).  This is due to the simple fact that they really do seem to get better and better with every release.  Having already heard their forthcoming debut album all we can say is, if you’re a fan you’ll absolutely love it, if you’re not a fan, well perhaps you really do need to pop along to see your local otorhinolaryngologist and get those ears sorted out once and for all.

We’ll have more on the album ‘My Love Is Cool‘ a little nearer the release date, but the band are currently streaming live favourite You’re A Germ in the run up to the album dropping.  It shows the band at their most explosive and despite it being utterly fabulous, if we were to tell you it’s still not the best track on the album, it’ll perhaps give you an indication of just how good the debut is.

When Wolf Alice display their heavier grittier side it’s never simply noise for its own sake and the song structure and melodies are always paramount.  You’re A Germ unquestionably manages to capture the band’s live energy replete with a rip-roaring chorus that could have arrived via a time machine from 1977 and is perhaps far punkier than anything they’ve released thus far.  We predict lots of moshing will be in evidence when the band play this track on the festival circuit in coming weeks.

As ever Wolf Alice hit the musical nail on the head, they can pretty much do no wrong in our book and 2015 really is gonna be their year. 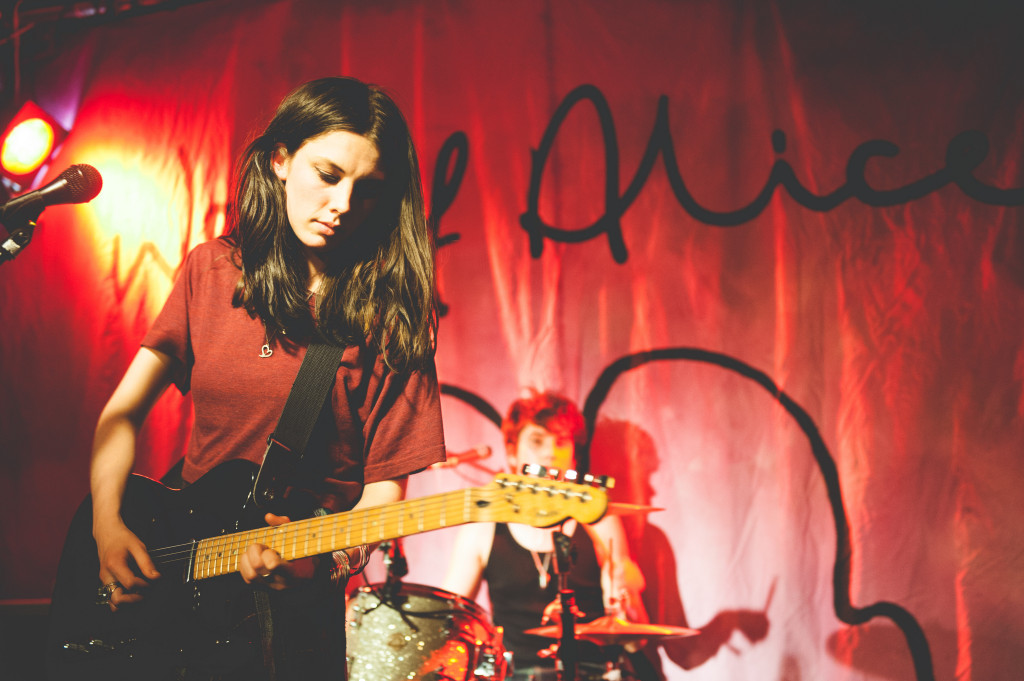