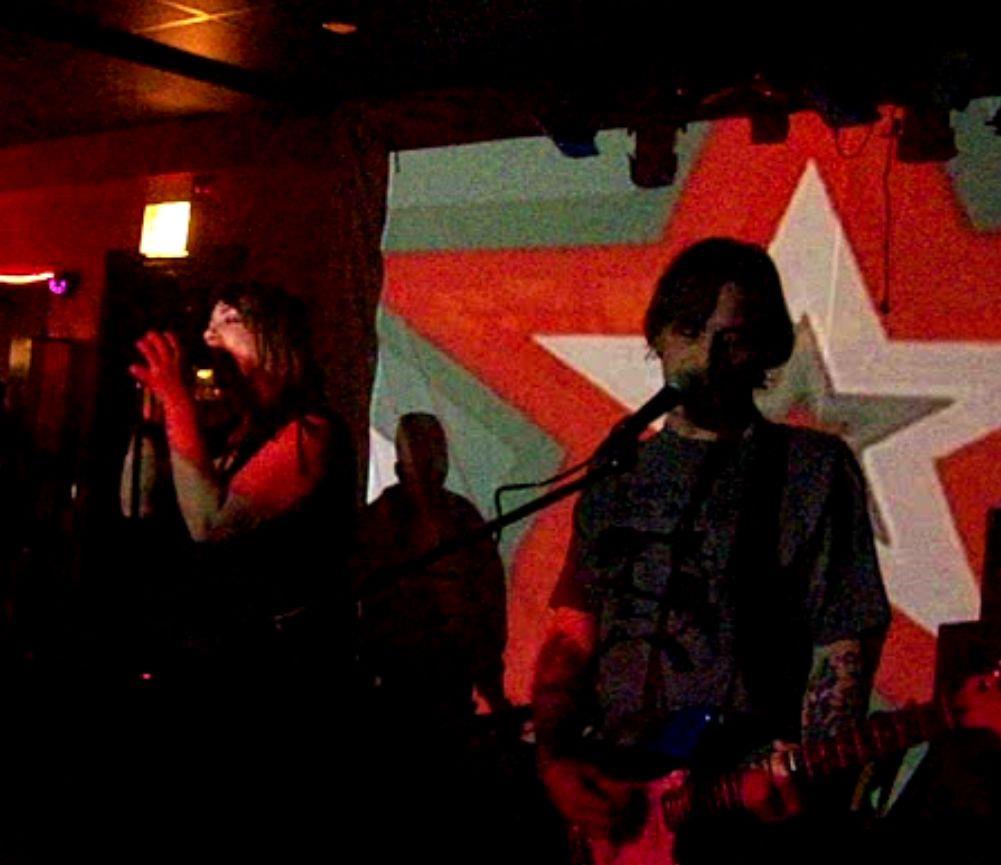 A* Star combine dreamy vocals, whip smart lyrics and shoegazey guitars, to create a soundscape full of haunting beauty, sounding on occasion not unlike a blissed out Shirley Manson whilst retaining a vague undercurrent of dystopian menace and edgy sensuality.

Kim Welsh and Perry Pelonero are A- Star which is named after their daughter Ada, as Perry explains – “At the time we started writing together our daughter needed surgery and  so we released a song to raise some money to help with the cost of getting to the hospital and stuff. -” From there we kinda launched into a band. We have always said we will work with different people on this project. Something like Gorrilaz’s did or Massive Attack” and that’s what they’ll be doing in 2014 with a full album featuring special guests and collaborations. Jez from Swervedriver will be joining them and apparently Philip Anselmo ( Pantera ) is also a big fan !   Perry & Kim have both previously worked with Curve’s Dean Garcia on his Morpheme project in the past (responsible for the cult underground classic ‘Infection’) and have not confirmed or denied a rumour that they may all be working together again in the not too distant future. Perry has also been involved with Dean and Rose Berlin’s SPC ECO project.

A*Star’s recent releases have arrived via Boxing Clever Records, a label who know a thing or two about creating and releasing beautifully packaged, bespoke vinyl of the sort that often prompt vinyl junkies to start salivating! So until the next release check out some vinyl p*rn via the site  CLICK HERE