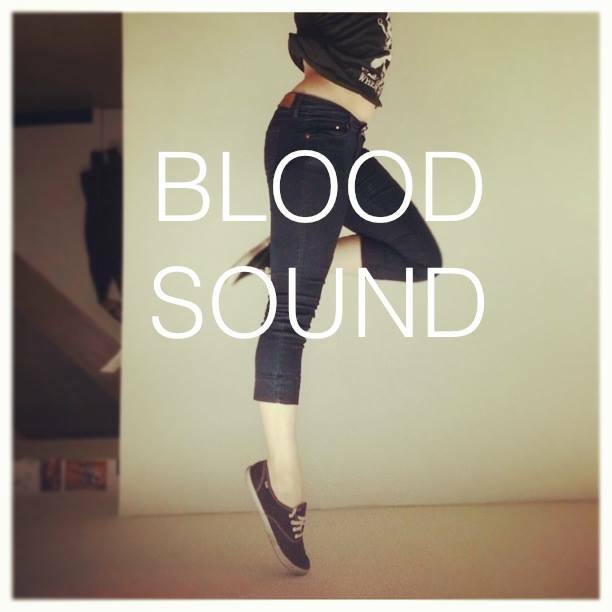 Today we have a band who are so shiny and new they really should be warped in swaddling clothes, so new in fact that they don’t actually have any band promo shots available yet.  Although there may be a paucity of information currently available online, their music demonstrates they’re certainly not lacking in imagination.  Blood Sound are from Brooklyn via Philly and produce gorgeous lo-fi shoegazy dream pop of the highest order. We dropped them a line to glean more information and discovered the origins of the band began when Tristan McKeever, the bands bassist and synth player met guitarist Vincent Tkac in Philadelphia in the Spring of 2012.  They began to share ideas and started practicing together on and off for almost 2 years at a rehearsal space in Philly.  However, Blood Sound only became a fully formed musical entity when they met Carli Gene, their vocalist in Brooklyn in December 2013.

After just three-practice sessions, the band recorded their excellent debut EP ‘Misanthropic Motions‘ and we have two tracks from said EP streaming today. You’ll find the sparky ‘Jane Austen’ (above), we aren’t quite sure why it’s named after the beloved author renowned for her biting irony and social commentary, but it does contain the refrain – ‘Life’s  a beauty but sometimes she’s a bitch/ Let’s forget that we’re not rich’ which, some may say has been the basic premise for most of Austen’s novels ;) .  Secondly, there’s the resplendent ‘Summer Sleep’ a beautifully constructed slice of elegant melodic shoegazy bliss.  You can download both tunes  and indeed the entire EP FREE via Blood Sound‘s Bandcamp page HERE.   We’re sure you won’t went need much Persuasion. :P