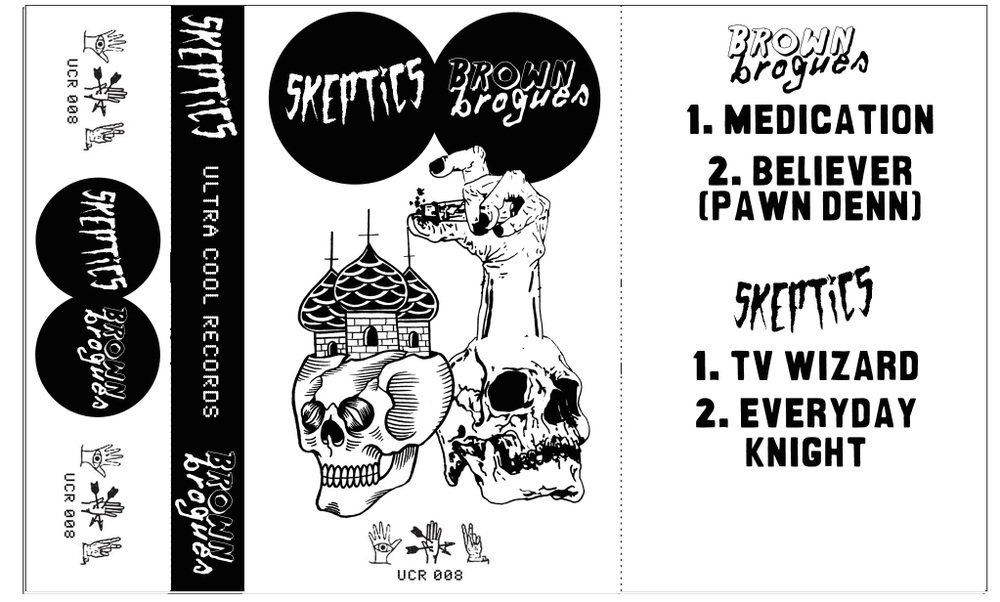 Listening to some of the tips for 2015, our response in the main has been been one of ‘what a load of crystal balls’. There seems to be a worrying lack of twisted spontaneous guitar thrash on many of these lists.  Which is a bit strange given the renewed interest in garage and psych music?

Wigan’s Brown Brogues are one such band who mix garage and punk to produce their own scuzzy, fucked up sound which is often intense, fast paced and fizzing with attitude. However we prefer Brown Brogues own description of their music  ‘It sounds like a party you’re not invited to.‘  Lead singer and guitarist Mark Vernon is releasing a brand new split tape on ’70’s light blue’ cassette limited to 50 copies via his own ‘Ultra Cool Records’ label. Brown Brogues will contribute the driving  ‘Medication’ whilst French psych-punk mind benders Skeptics chip in with the excellent ‘TV Wizard’ which sounds not unlike a time travelling Jimi Hendrix stopping off to witness the dawn of punk.

You can pre-order the EP here