In the post-Lorde music world there’s surely room in the deep end of the pop pool for someone like Cillie Barnes to make a huge splash?

As part of their artists in residence campaign American eyeglasses and sunglasses manufacturer Warby Parker (they also do monocles…YES!) sent six emerging artists to record at The Standard Hotel in downtown Los Angeles.  The fruits of those sessions are available on iTunes, and for us one of the absolute stand-out tracks arrived in the form of ‘In Pursuit of the Beast’ by Cillie Barnes.  This prompted further investigation into Cillie’s work, and before long we became convinced she has the potential to be bigger than Greece’s national debt.  In reality Cillie Barnes, who is apparently the daughter of convicted bank robber father and art teacher mother is the solo project of LA’s Vanessa Young, and along with her and musical co-conspirator Joe Keefe they released the extremely well received début EP ‘Happy Valley’ in 2013 ( free download of  the quite wonderful ‘Brainwash’ from said EP can be found above.)

Her music’s difficult to classify, not quite pop, not quite Indie, not quite electronic or folk but containing elements of all of the above.  Joyful without being irritating, mystical without being contrived and definitely commercial but not in the vapid soulless sense . In fact on occasion she can sound a little like a more sonorous, less sulky Lorde or Regina Spektor sans the affectatious kookiness jamming with Edward Sharpe and the Magnetic Zeros at a post music festival wig-out- which we’re sure you’ll agree, is a good thing.

Cillie calls it gyp-hop but whatever label you chose to apply the only one that matters is that it’s imaginative, inventive, fresh and impossible to get out of your head. 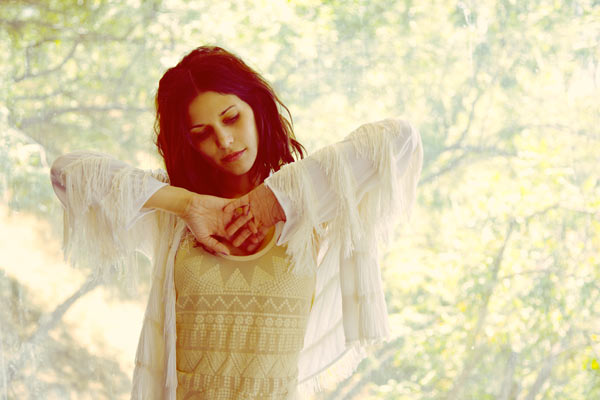