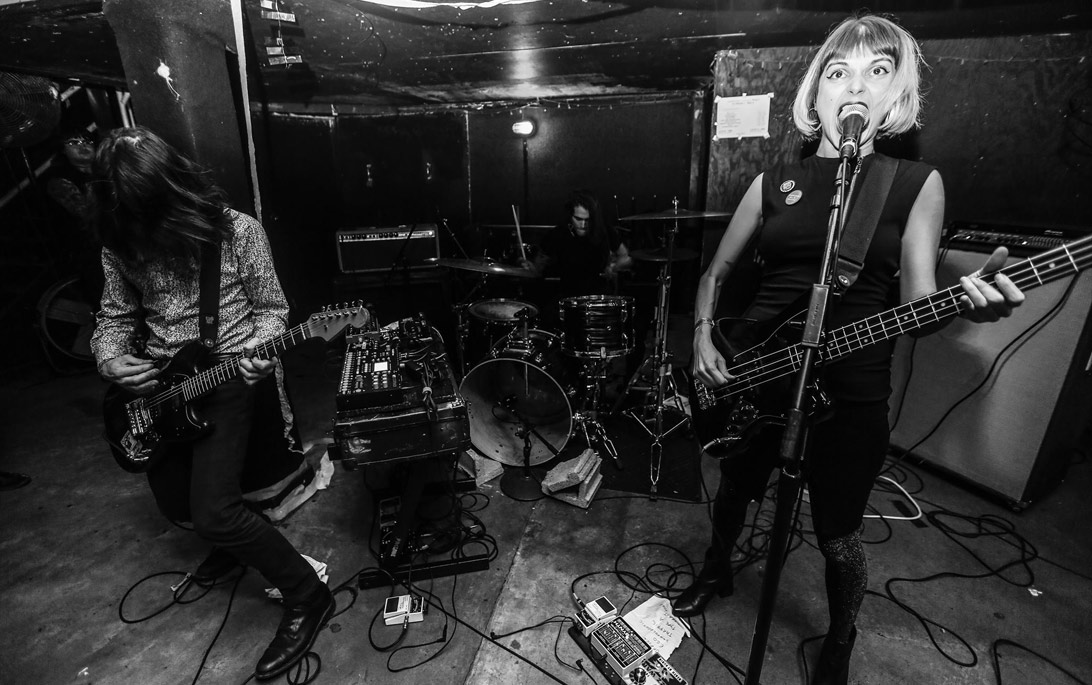 Control Top are an explosive trio from Philadelphia comprising of Al (he, Guitarist), Ali (she, bass and vox), Alex (they, drums).
‘Covert Contracts’ is the title track from band’s strident and utterly thrilling debut album. It’s a veritable post-punk explosion of controlled anger and dystopian grunge thrash that utilises a massive big fuck off psych guitar riff to conclude. Ali Carter’s thundering bass lines and deadpan staccato delivery are complimented by Alex Lichtenauer’s frenetic hardcore drumming and Al Creedon’s spectacular noise guitar squalls which at times feel like they could part the clouds before tearing the sky asunder!

Ali Carter had been involved in the underground music scene for years, but she didn’t start Control Top (her first band) until the age 25: “It took me that long to believe in myself enough to take the plunge.” Disillusioned by punk, Creedon had all but abandoned guitar: “Playing guitar in a rock band felt like writing poetry in Latin in 2019, using a dead language to convey ideas. But Control Top felt exciting, a chance to experiment: to rethink the relationship between guitar and bass and use samplers to add new dimensions.”

Ali’s lyrics are a direct response to feeling trapped and overwhelmed in a capitalist patriarchy, serving up indictments of wrongdoing and abuse of power.  At the times the album feels like putting your head inside a spin dryer set to 1200 as it’s a furious whirl of relentless energy. But its also underpinned by soaring melody, intelligence, attitude and wonderful musicianship.  It’s utterly mesmerising and one of the best albums we’ve heard this year. It’s a complete reinvention of what punk can be – totally rebooted and updated to make it absolutely relevant to 2019 rather than a museum curio.  So much so that on occasion it makes Idles sound about as edgy as Chas and Dave.

Previous single (below) ‘Type A’ again demonstrates the visceral intensity of the band with Carter’s vocal’s passionate, urgent defiant and a tad unhinged leaving you in absolutely no doubt that Control Top are definitely the real deal.