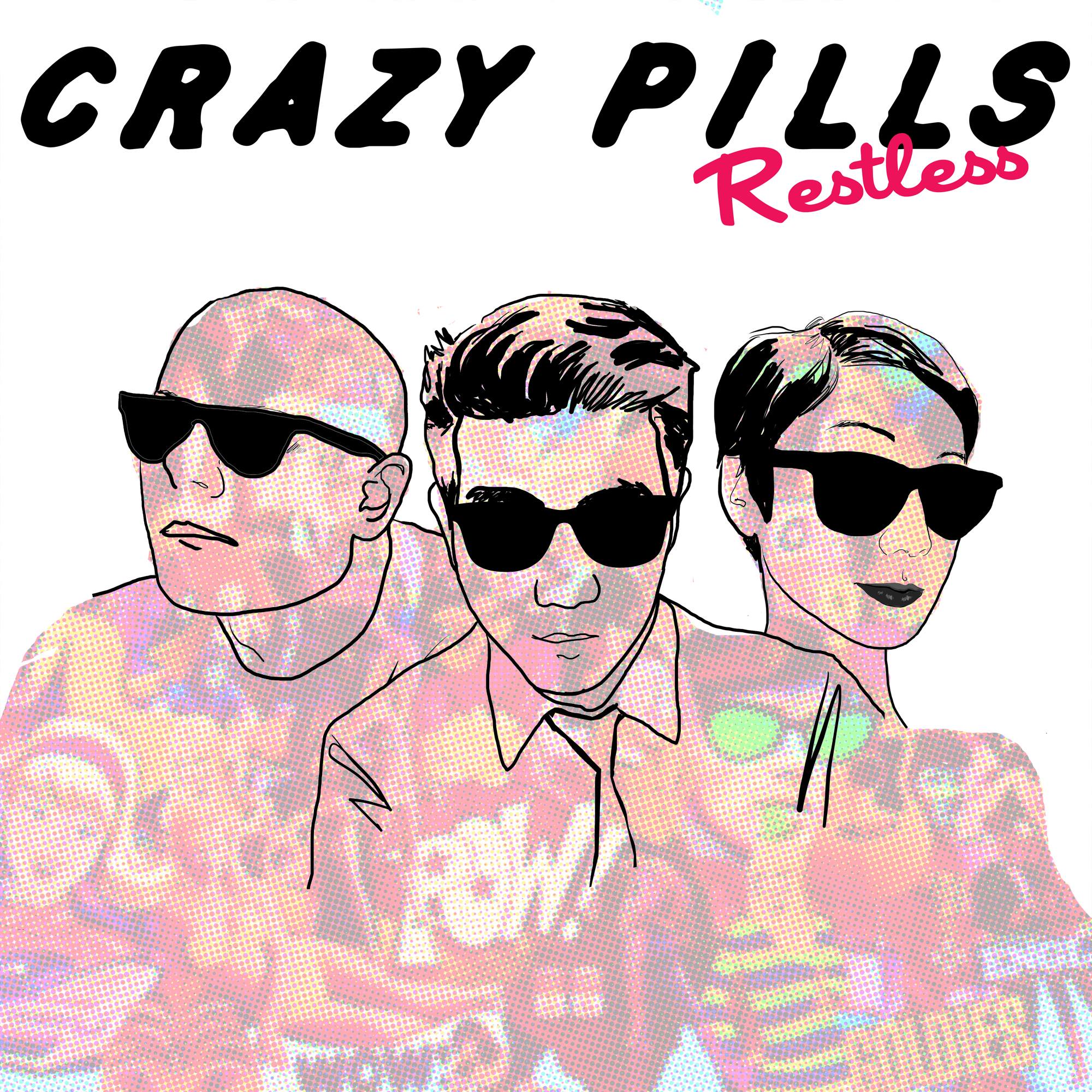 NYC trio Crazy Pills channel the spirit of the Cramps dirty B-Movie hell for leather garage surf on their fantastic new single ‘Break It Down.‘  With a fuckload of attitude, it rattles along like an out of control express train and is a thousand times more authentic than those dreary hipster bands redolent of privilege and bankrolled by Daddy’s trust fund.

Rather than simply replicating certain genres, Crazy Pills take their influences and create an explosive hook laden sound that has their own personality stamped all over it.’  Break It Down’ is from the band’s début album ‘Restless’ which promises to be an eclectic affair if the second track on their Soundcloud page ‘Trudy June’ is anything to go by.  Rather than straight up garage punk, it shows a more soulful melodic side, one that has echoes of Chrissie Hynde and early Lone Justice.  This of course is no bad thing given that the band list Tom Petty & The Heartbreakers, The Pretenders, and Carl Perkins as influences amongst others such as The Replacements, Nick Cave, The Rolling Stones, Elvis, and the Velvet Underground.