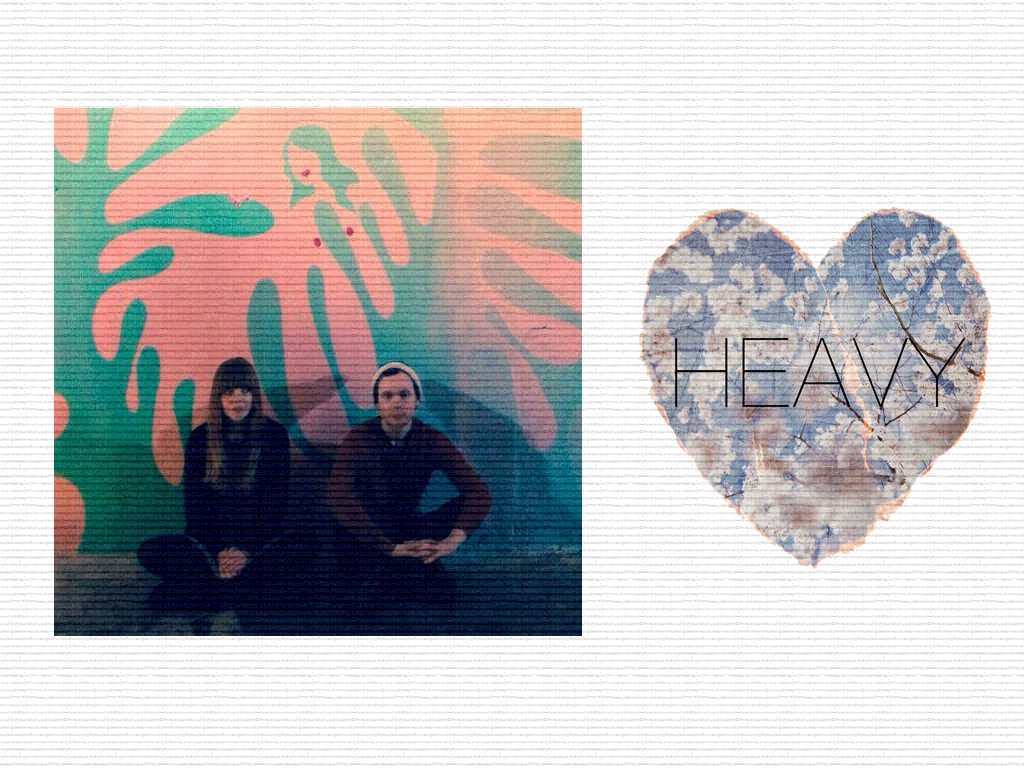 Two songs from a band that apparently only formed a few months ago, but who have crafted a sound that is already beautifully realised and perfectly delivered.

‘Another Wave’ is a wonderfully agitated urgent slice of dreampop which recalls the urent melodic rush of Stereolab at their most accessible whilst song two ‘Daisy Chain’ although lacks urgency of ‘Another Wave’ it loses none of the emotional punch and twinkles with a reflective wistful sense of regret.

At the, erm heart of Heavy Heart are Anna and James, who, to quote Anna started band “because I had some songs that I’d been playing around with on an acoustic guitar, and I wanted to get out of my bedroom and be able to make more of a racket.  I guess there are probably other bands called Heavy Heart around, but the name kind of brought the whole thing together, and seemed to sum up our musical ideas.  Plus I’m a bit of a misery so if felt like a fitting nom de plume!”

She makes it sound so easy doesn’t she?  So effortless and graceful which pretty much sums up the Heavy Heart’s music.  Music, which packs an emotional punch, tinged with longing and regret but conversely also manages to be glorioulsy uplifting.  The band are recording songs at the moment for an EP, which they hope to put online in October or November.