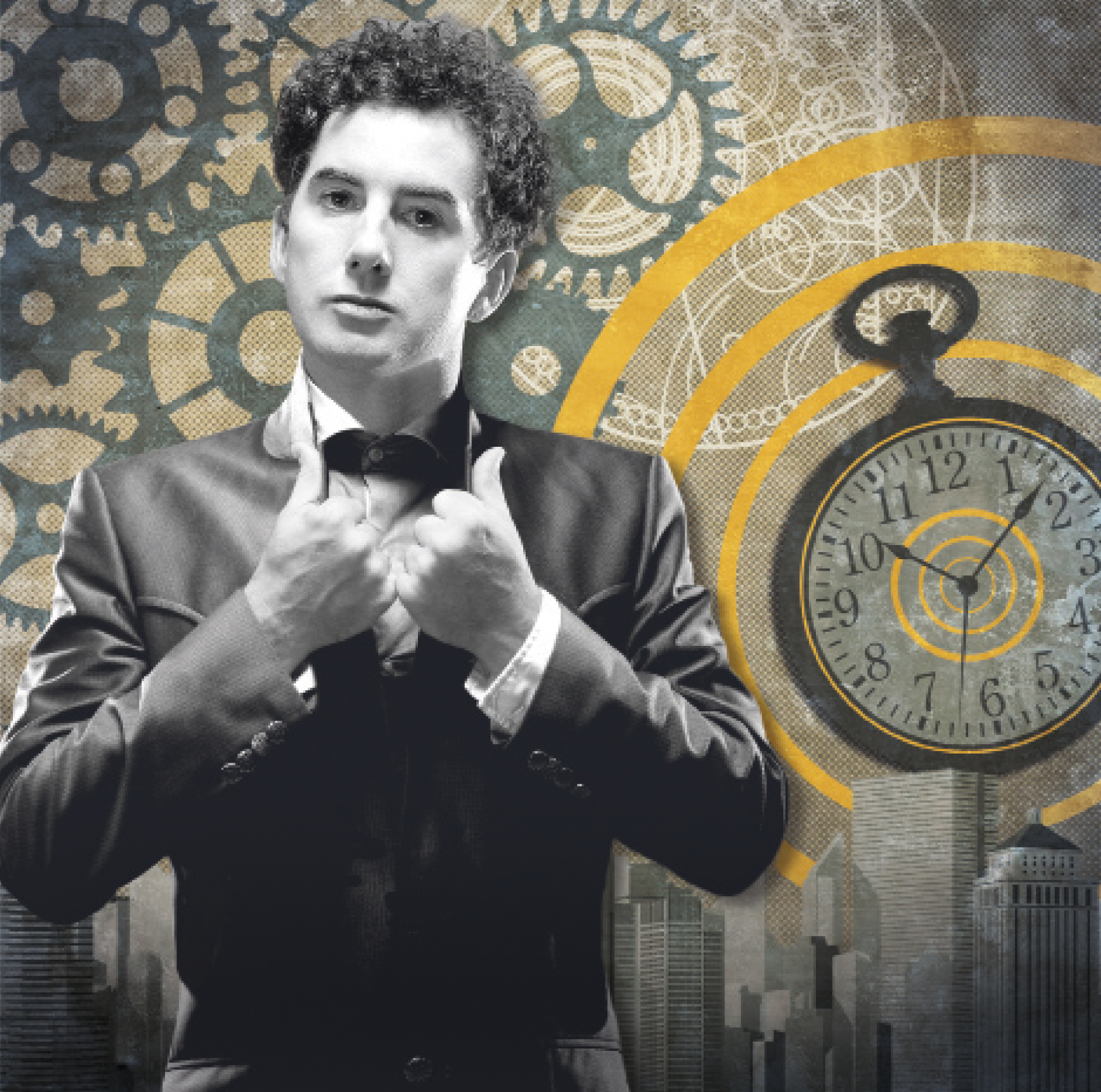 Although music and fashion have always gone hand in hand, the music really matters because great music will stand the test of time.  James Cook may look like a man out of time, and there is a retro feel to his latest work, which is perhaps difficult to pigeonhole within the current musical landscape, but as ever, it’s the quality of the songs that really matter.  His latest single ‘Lilly (A Lovers Dream)’ is just one such example of Cook’s ability to write songs of subtle wit and sophistication with a compelling narrative and also on occasion a political edge (eg/ ‘Financial Tango’ – Give them everything you’ve got / Let the bailiffs take the lot, and transfer it all offshore.) Whilst there are nods to the likes of  Marc Almond, The Divine Comedy, Scott Walker, The Kinks and XTC James’ worldview remains very much his own, informed by travelling and viewing other cultures through the eyes of  ‘the outsider.’

But its not just normal travel because time travel is also is a recurring theme for James, who is rocking a distinct Dr Who meets Oscar Wilde look on this outing.  The video for ‘Lilly’ is apparently the first of  a trilogy loosely based on a time travelling which is  in fact something we touched on when we featured his last single ‘Bees In November’ back in April. Track two ‘Jamie’ gives  Brel’s ‘Jacky’  a new modern twist with new lyrics (also covered By Scott Walker and banned by the BBC!)  and both tracks are taken from his second solo album ‘Adventures In Ausland’ which is released on 30th November and can be pre-ordered here