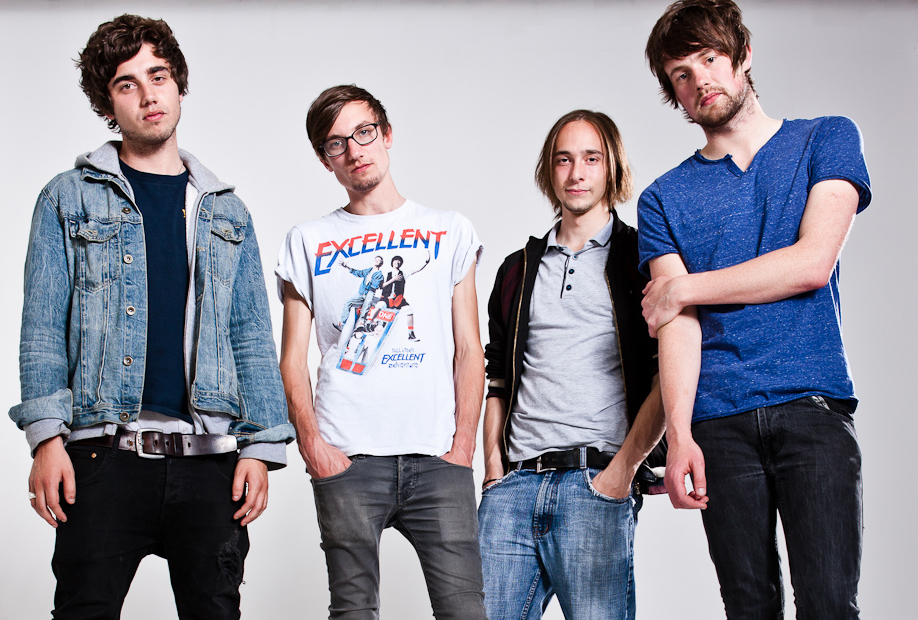 New musical discoveries are normally unearthed using a wide variety of resources, be it old school word of mouth or via new music champions such as Amazing Radio and BBC introducing or indeed wading through new uploads via streaming services such as Soundcloud, Deezer and Spotify.  But rarely do they come via parents who are pensioners and who view popular culture with the sort of narrow minded paranoia that even hardened Daily Mail readers may regard as being ‘slightly myopic.’

Nevertheless, that’s exactly how we came across Manchester’s Shinies.  During a visit to the homestead, our parents sat us in front a laptop and directed us to the Daily Mail website, an act that obviously caused us to recoil in horror rather like a vampire reacting to sunlight.  However, the news item that seemed to be causing such apoplexy wasn’t about illegal immigrants being greeted at Dover with hugs, kisses, and free I-pads.  Nor did it recount dubious tales of benefit claimees driving around in BMWs whilst eating free cake courtesy of “hard working tax payers,” instead it related to a new promo video from Manchester band Shinies.

” I suppose YOU like this band“ spat out our father, burning with the sort of prickly indignation you could imagine Charlton Heston displaying had he been politely solicited to hand over his firearms upon visiting Wacky Warehouse with his grandchildren.  ‘I suppose your lack of moral compass means this appeals to your sick, twisted and frankly deranged world view’ he continued in the grip of a raging puce-faced conniption that had all but overwhelmed his senses.

To cut a long story short that singularly dreadful newspaper which really should carry the warning ‘hysterical over speculation causes cancer”  had highlighted a Shines promo video wherein the band members kidnap and then beat the ever-loving shit out of  mullet loving DJ/ I’m A Celebrity bad boy Pat Sharp, before dousing him with petrol and setting him a-blaze.  Our parents of course adopted the default position of the atypical Daily Mail reader- that of moral outrage and had we been 12 years old they probably would have banned us from listening to Shines completely.

And so after watching the video we responded thus  “Well it’s certainly a great song but yes, it IS disgusting”……cue collective gasp from parents – “REALLY? ..  You think so?”  …” yes disgusting in the sense that they didn’t save room on the pyre for the Daily Mail readerships spirit guide- Jeremy fucking Clarkson.”

That dear reader is genuinely how we discovered Shinies, and really we have meant to blog about them before now, but alas for one reason or another haven’t quite managed to do so.  However, after catching them live recently and being mightily impressed we’ve decided to remedy that frankly unacceptable situation forthwith and in a break from the normal ‘Track of the Day’ format we’ve resolved to post not just one track but THREE – plus the aforementioned infamous video.  Shinies play exactly the kind of music we love, a thrilling cocktail of dream pop grunge gaze combing a discordant off kilter thrash, with lush reverb laden harmonious, driving beats, and furious coruscating guitars.  Therefore, without further ado…