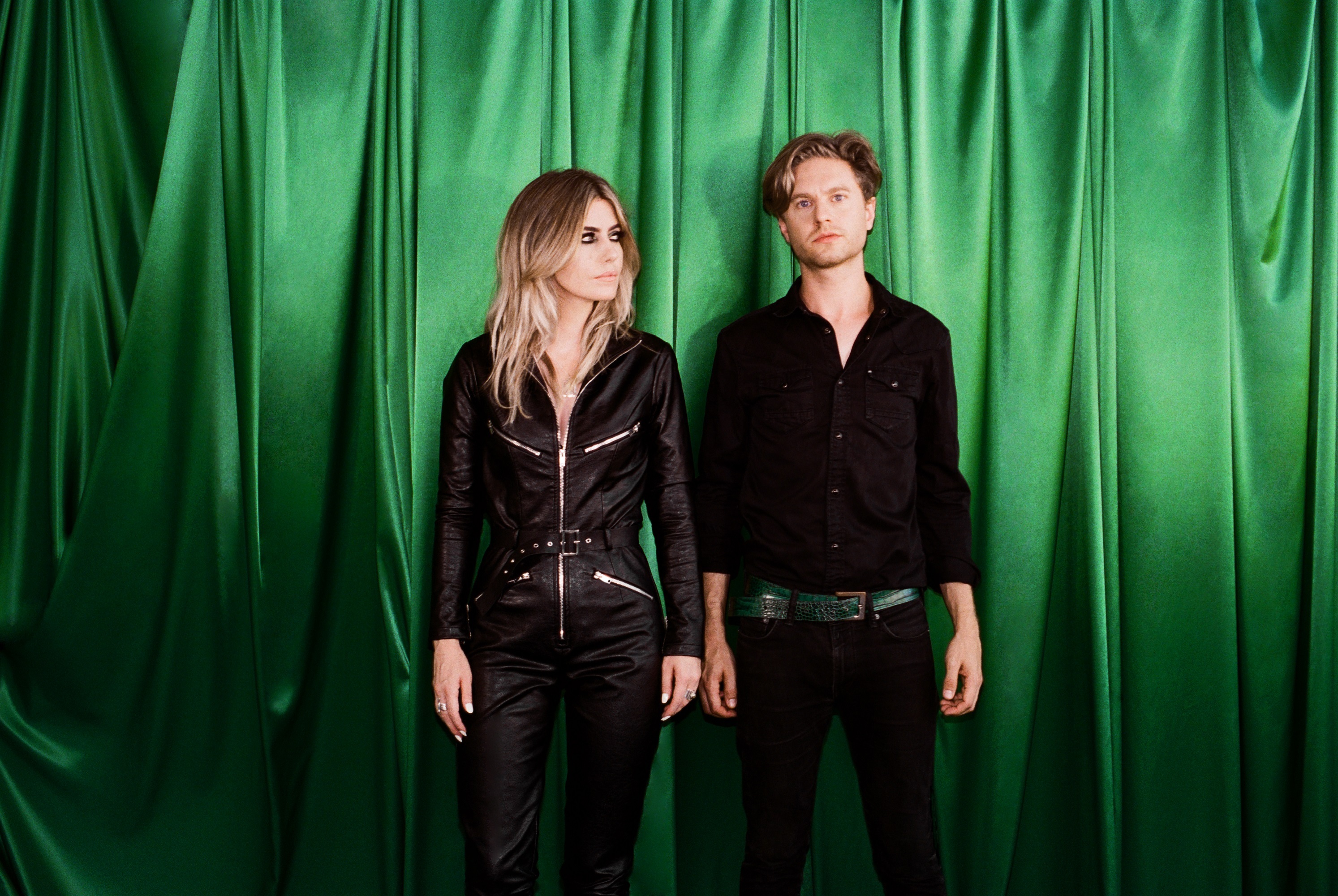 In the increasingly frantic arena of modern life with everybody and everything competing for your attention its possible to lose your way, to lose focus or in my case forget just what a great fucking band Blood Red Shoes are. But now they are back to their brilliant best and the video for their latest single “Mexican Dress” brings back into sharp focus the visceral propulsive power, and melodic splendour Steven Ansel and  Laura Mary-Carter can summon when they get together.

According to Carter, the song is “This song is about the lengths people will go to for attention, whether it’s online or in real life – small hits of validation and the feeling of having all eyes on you have become our generation’s biggest drug problem.”

The band have had a break after a near implosion following almost a decade of incessant close proximity. “We got to the end of the fourth record and were like, ‘F**k you, I never want to see you again’,” Steven adds, half-laughing, half-sighing.

Laura Mary-Carter packed her bags and bought a one-way flight to Los Angeles, and a complete radio-silence between the two bandmates stretched on for months.  As well a working in  song writing  out in L.A.  Laura also got together with Natalie Chalal (Miss World) and released a few wonderful tunes under the Shit Girlfriend moniker which comes highly recommended ( check it  out here – Shit Girlfriend Bandcamp)

Steven, conversely “went out and took drugs and went clubbing for about half a year,” he laughs. “I don’t remember a lot about it. Classic break-up move, right?”

“That’s the whole running theme of this record,” says Steven. “The reason we called it Get Tragic is that we realised that everything we’ve been doing over the last three years is kinda tragic! Just like, ‘Ooh, I hate you, I’m going to America to find myself’, and like ‘Ooh, I’m gonna party for the rest of the year!’ Everything about it is such a cliché – we were like, ‘We’ve turned into a f**kin tragedy!’”