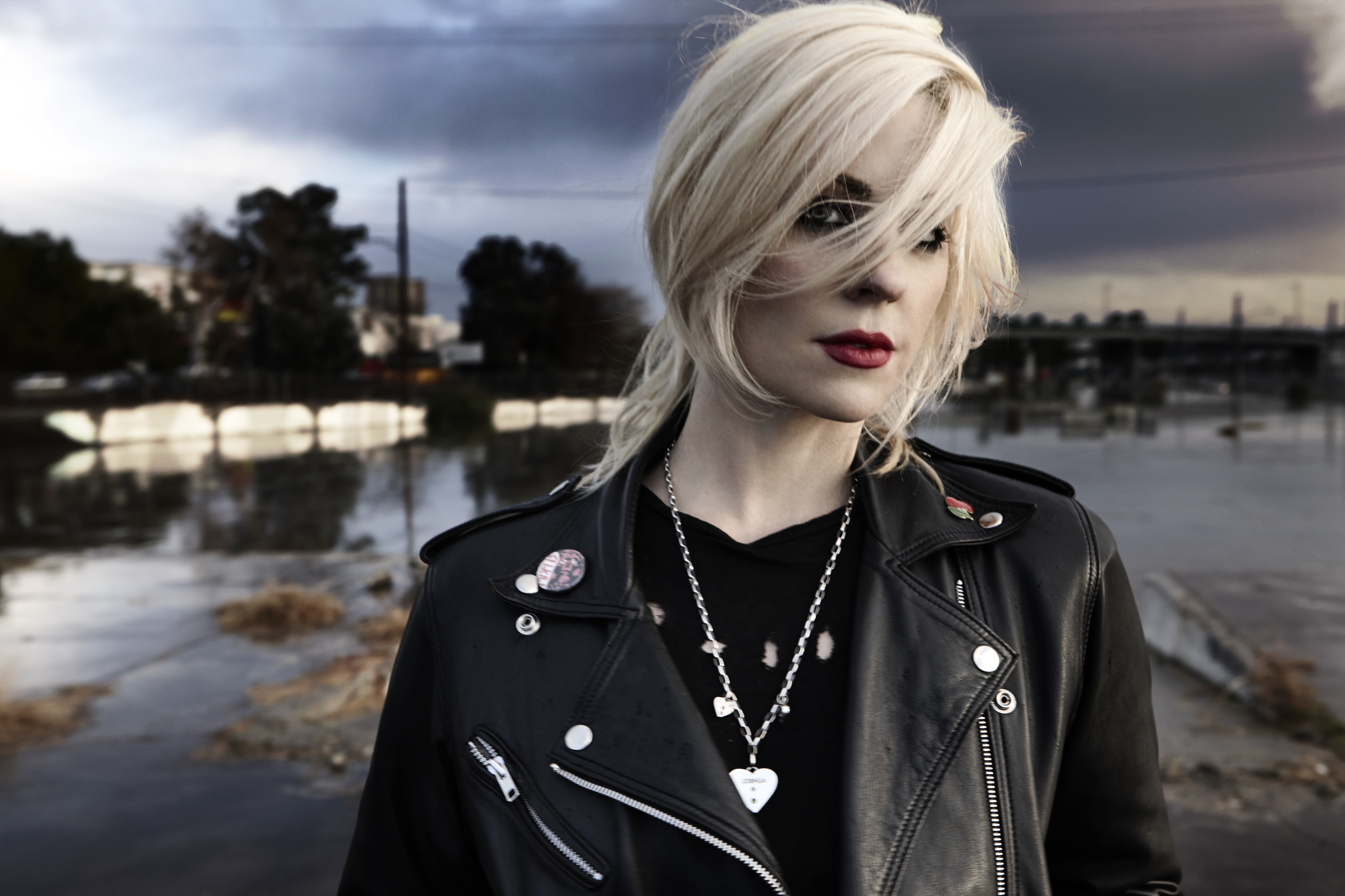 Forget Video of the week, this is the video (and quite possibly track) of the year!  Iconic singer songwriter and guitarist formerly of The Distillers and Spinerette, Brody Dalle explodes back into life with her new single ‘Meet The Foetus/Oh The Joy.’  A track, which was written after she’d, recovered from postnatal depression and proves she’s back to her old self, kicking against the pricks and already firing incisive broad sides across the bow of mainstream music.  She’s described the current pop scene and trend for over sexualisation as meaningless –‘ it’s all whipped cream and fuckin’ titties.  Anyone can fuck.  Can you make love?  Can you make it mean something?  That’s what it’s about for me.’

‘Meet The Foetus/Oh The Joy’ is a awe inspiring anthemic hook laden guitar-shredding extravaganza, and yes, it certainly means something.  The video focuses on the joy and the anxiety of parenthood – the hopes the dreams and the apprehension about the sort of fucked up world we bringing are kids into.  As she explains in an interview with The Fly  ‘They’re malleable, innocent, little light beings.  The world is a really fucking dark place and there are beautiful parts to it, like them.  But it’s fucking scary out there, man, and I wanna protect them.  I also wanna raise humans that are smart and make the world a better place. Do good shit as opposed to doing really bad shit. ‘  The video references environmental meltdown, religious coercion and corruption, GM food, protests and Police oppression, war and ultimately Armageddon.  However, on the positive side it features spaceships, a magical dragon, cute aliens and a baby wearing a dapper top hat!  If that’s not enough for you, Shirley Manson makes an appearance on backing vocals alongside Warpaint’s Emily Kokal.  It’s love here at VPME Towers ..albeit unrequited :)

‘Meet The Foetus/Oh The Joy‘ is from Brody’s forthcoming début solo album ‘Diploid Love’, which is released in the UK on the 28th April.