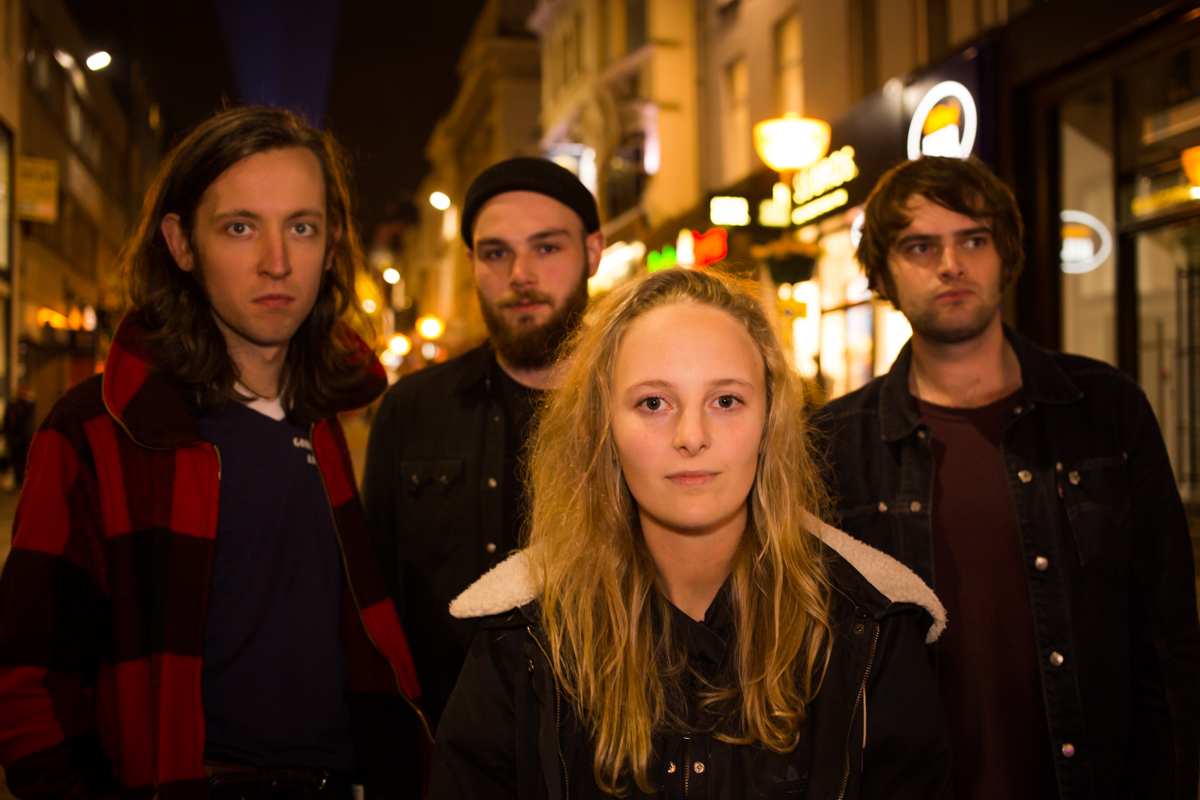 Pale Rider are coming for you.  Probably at night. From the sound of things you should have been expecting them; rumour has it that this quartet have been delivering ‘wild oceanic live performances’ and they’re only five gigs in.  Right now they’re in all of our bedrooms via SoundCloud and they’re waiting to narrate our escape into a dark dreamscape full of empty symbols via the hypnotic vocals of Ben Russell.  I Run on Rain takes us to a fairground and undulates the scene with smooth and dirty waves of spaced-out psych rock.  The ride we’re on is BRMCing its way off a carousel and a mini-golf windmill before abandoning the circular infinity of the Ferris wheel.  The difficulty in assigning meaning to this lucid trip is perhaps a part of what Pale Rider want to achieve (but it is a ride nevertheless).  Lead singer Ben explains:

‘The song came from thinking about lyricism, or art in general as an objective thing, and how we decide what is profound and remarkable and what isn’t. ‘Confidence in the nonsense…a meaning in the nothing’ was born from this idea. The verses are kind of like a surreal tongue-in-cheek play on this concept, and are sang with gusto and conviction to imply some hidden meaning.’

The track was produced at Parr Street Studios by Chris Taylor (The Coral) and there is a Northern swagger to the nihilistic casting off of symbols. Signs aren’t fixed, they’re fluid.  Even when a lyrical symbol has the intended meaning of ‘nothing’ that idea of absence exists in flux and has the potential to change, alter and become loaded. I like this idea for a new band too, at the beginning of their journey ready to make their own meaning.

When we get off the Ferris Wheel we’re met with a frontman full of apathy and he’s telling us he’s ‘getting good at going cold. I’ll prove how much I’m made of stone’.  Like all apathetic frontmen you want to be there, it’s too late – you’re on the ride and even though the band is in its infancy we’re not the first ones to buy a ticket.  Pale Rider have already played a sell-out show at the Night & Day café in Manchester, Buyers Club and Sound in Liverpool.  They are soon set to support Phobophobes in March and will play a special date at this year’s Liverpool Sound City festival.  Lead guitarist Fran Codman is looking forward to these prominent support slots and said at “the last show in EBGBS we took the fucking roof off and when we play with Phobophobes in March it’s gonna be even heavier.”

The band bonded over a love of The Stooges’ Fun House, The Black Angels and wild space-rock. Today sees the release of their debut video which Ben explains shows “VHS footage from our recent escapades” and gives “a good indication of how frenzied and deranged our stage show’s becoming.”  Watch the video – it’s time to buy a real ticket for Pale Rider’s fairground on March 15th at The Shipping Forecast.