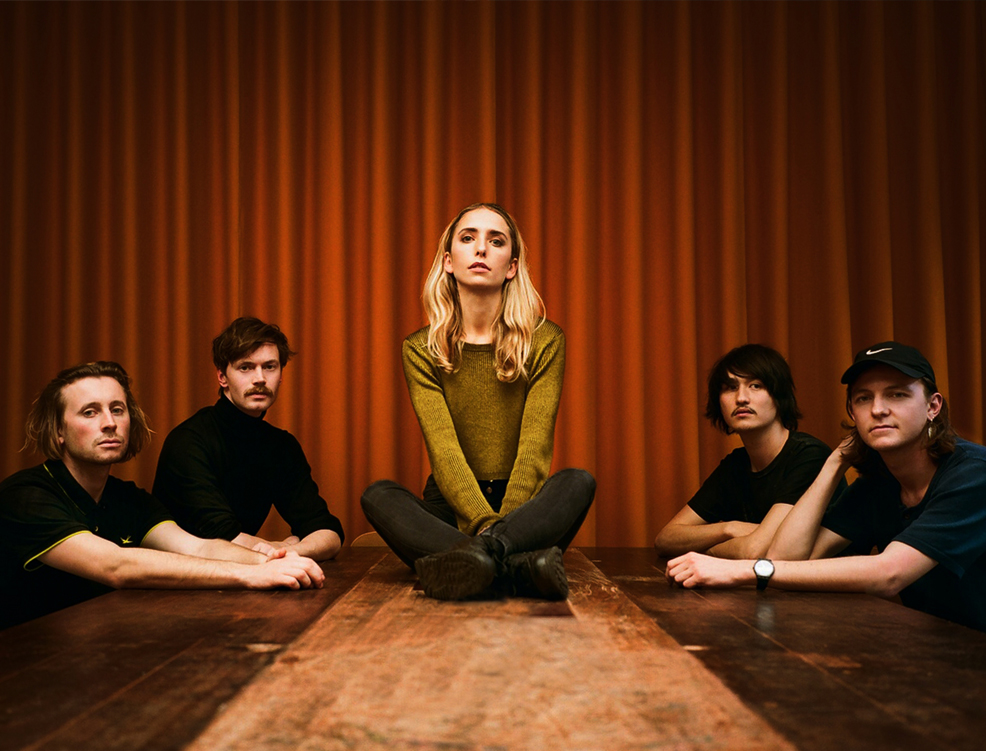 Esoteric, dark, pulsing with a sexually charged energy….. but enough about us (ba-dum ching) Pumarosa pretty much tick all those boxes and more with their latest video for their second single ‘Cecile’.  Having caught them live for the first time a few weeks back, and not being that familiar with their oeuvre,(shameful  we know given they’ve been number 1 on Hype Machine etc) we departed their set, shaken, stirred and most definitely fans. They were mesmerising both visually and sonically and left us with uncomfortable feelings of euphoria that we didn’t quite know what to do with. Maybe we should take up Chakra dancing ?

The band who apparently started life as a duo consisting of  Isabel Muñoz-Newsome and Nick Owen,(not the comforting cheery Breakfast TV chap) have since been joined by Henry Brown ,Tomoya Suzuki and Neville James which has expanded their sound and they are now being hotly tipped by those with discerning ears. The band are certainly going places and we hope one of those places will be a return trip to Liverpool very soon. 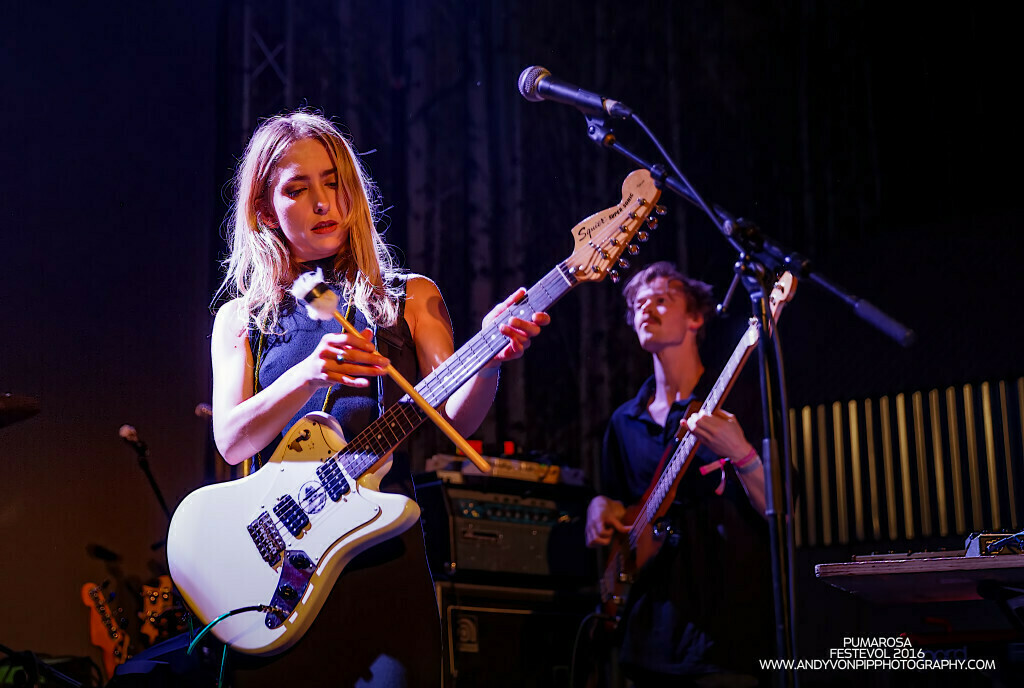