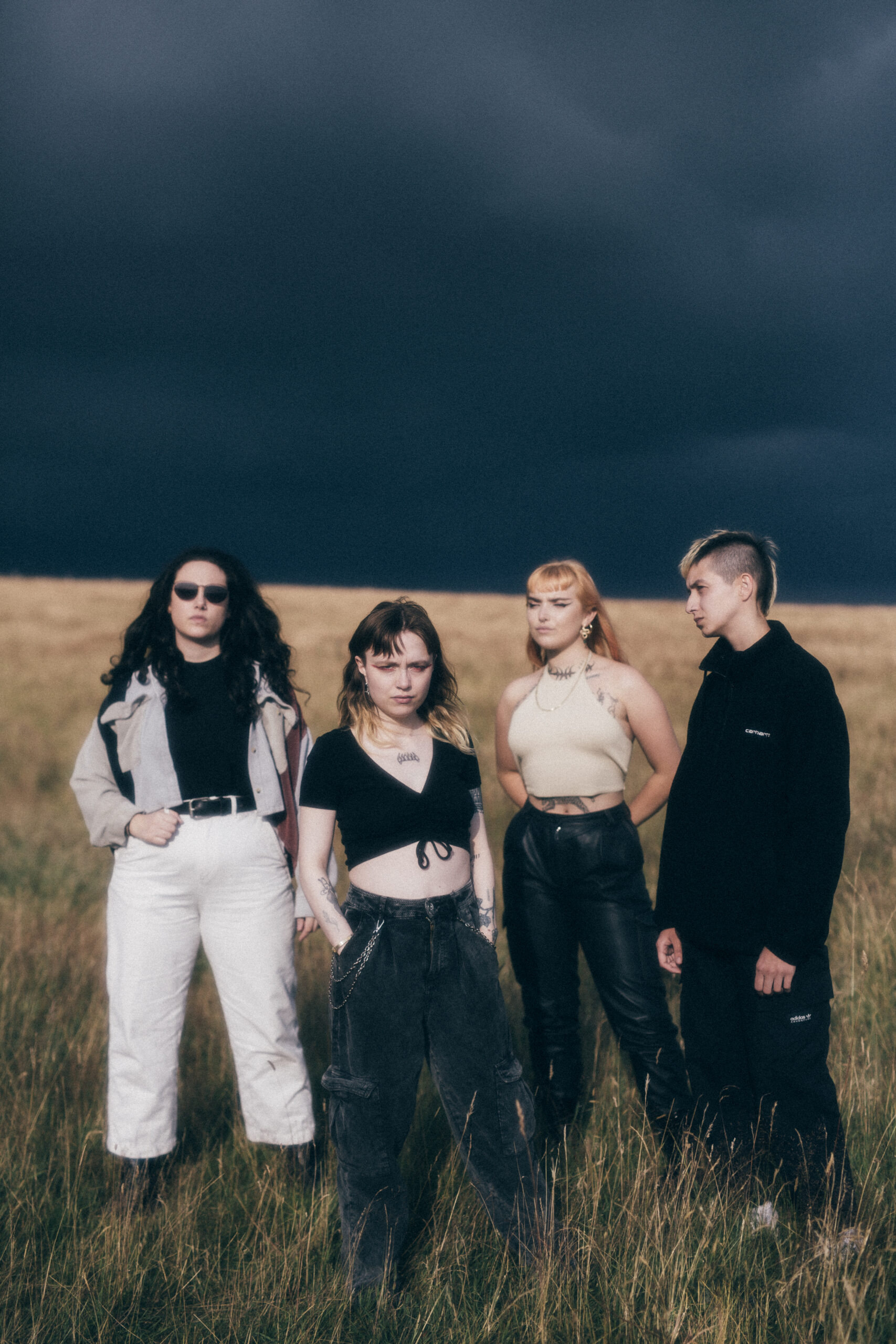 Witch Fever’s new single ‘I Saw You Dancing’, is another uncompromising taste of their debut album Congregation, which is out on 21st October 2022. Melding acerbic, visceral biting post-punk vocal aesthetic with brutal thundering metal riffs .”I Saw You Dancing” conjures up a miasma of claustrophobic foreboding with a liberating sense of dark power.

It’s a song about singer Amy Walpole’s experiences growing up in a Charismatic Church – a form of Christianity that emphasises the work of the Holy Spirit, spiritual gifts, and modern-day miracles.  She left when she was 16   and the song addresses the feeling of being watched by men as a teenage girl, whilst the themes of the album – control, abuse of power and patriarchal violence – resonate beyond a religious framework.