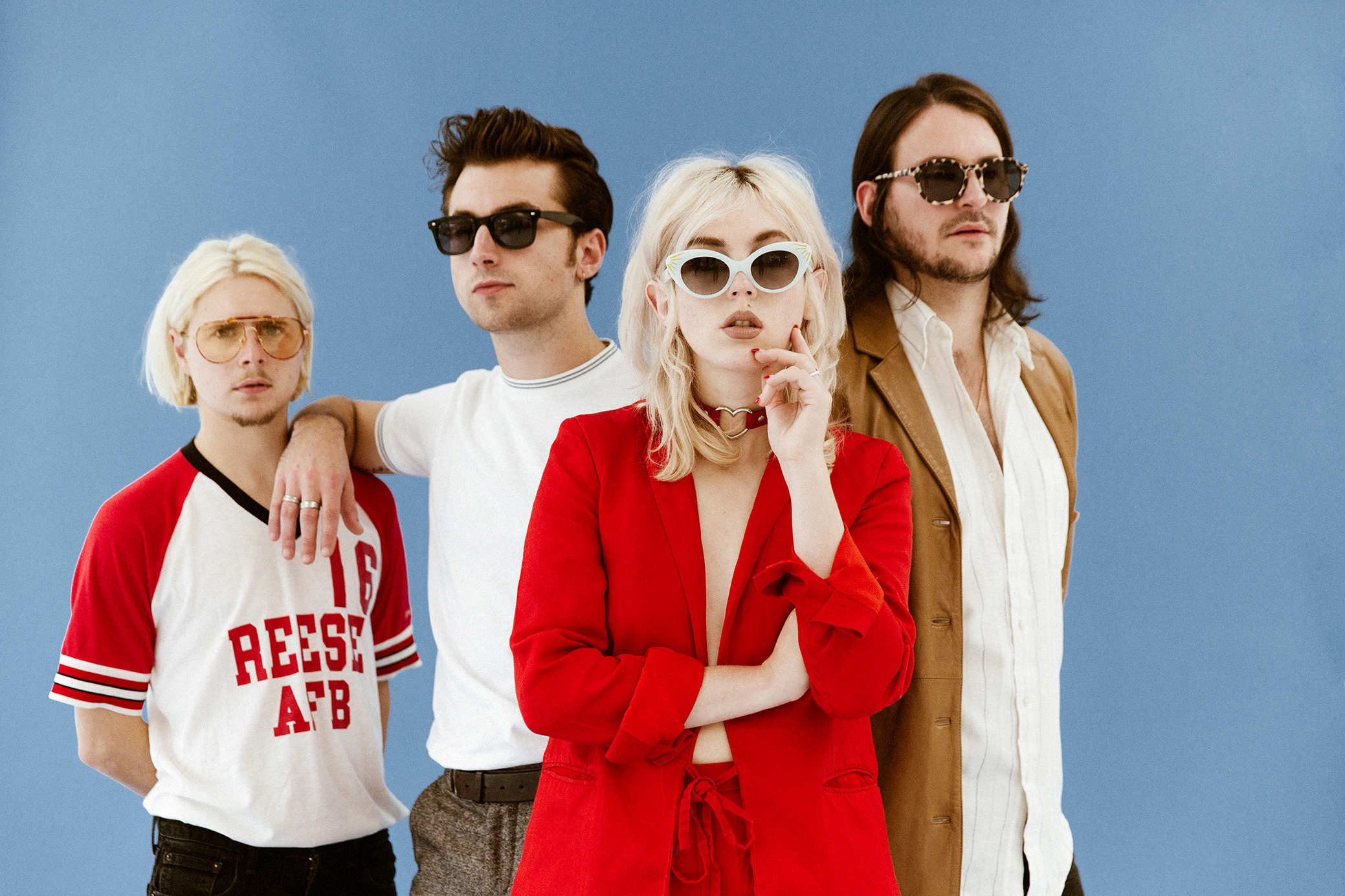 “Things you thought you’d never see but glad you did part 106”  – Black Honey shaking their disco pants at Studio 54. Well, sort of! That’s what Brighton’s Black Honey look like they’re doing on their latest video ‘Midnight.’ After a string of acclaimed releases, the band are set to release their self-titled album and if the musical landscape wasn’t quite so fractured ‘Midnight’ could do for them what ‘Heart Of Glass’ did for Blondie. A word of warning the video does contain content which may disturb some people. Yes, the sight of Chris, Tom and Tommy’s synchronised dancing is something that may harrow some viewers to the very core of their being :) . The video is the sequel to ‘Dig’ (watch that here) and ‘Midnight’ is classic Black Honey, full of film noir B-movie references and stylised Tarantino-esque violence.  You half except Al Pachino playing Steve Burns to make a cameo.

Black Honey are now in a position where they can cleverly traverse and meld genres without alienating their existing fanbase or appear to be jumping aboard the trend bandwagon. The reality is, it’s Black Honey who are the trendsetters and their refusal to be pigeonholed, stick to a tried and trusted formula or be coerced into a banal artistic compromise by (*dons tinfoil hat*) ‘big music’ is probably why they have built up an army of loyal fans who trust the band to deliver the goods.

And ‘Midnight’ delivers a disco-rock motherload like a laser-guided missile which in any right-thinking world should be this year’s summer anthem. It also demonstrates yet again what a fine songwriter Izzy B. Phillips is.  When the album drops we predict world domination for this Brighton four-piece who have never let us down from day one. Amazing stuff.