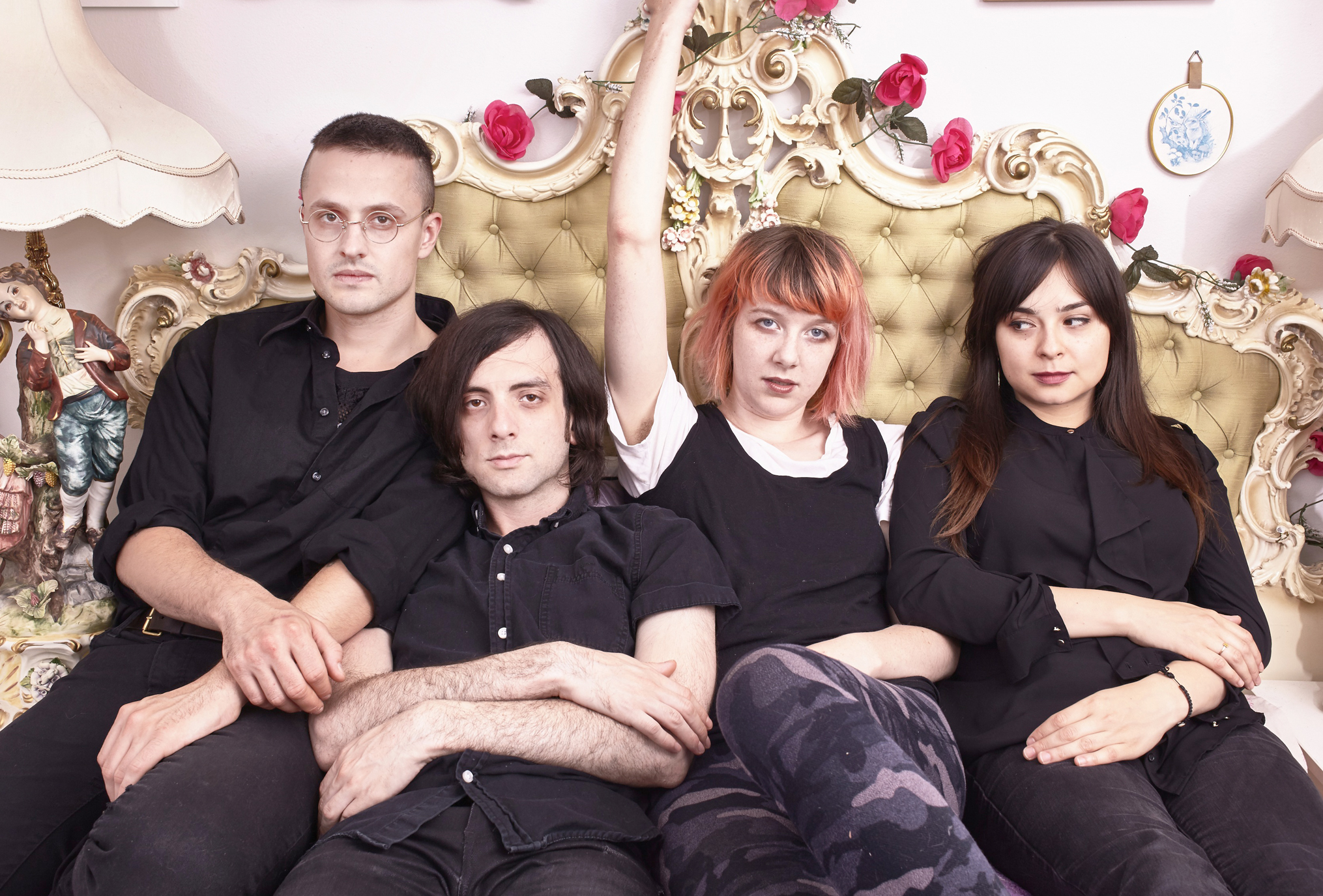 We’ ‘ve already had ‘Purple Rage’ as our Track of the Day’ HERE, by  Toronto’s Dilly Dally, now they release an accompanying  video and news of their debut UK tour. The video isn’t Swamp Thing ‘s Day Out, but a visual interpretation of the alienation when you express anger or indeed any negative emotion.

Singer Katie Monks explains “Rage is a very surreal, and grotesque emotion, so for the video we wanted my character to embody that. The costume was miserable to wear. It felt heavy, cold, and  wet. Whizzing was a nightmare, and I was attracting  allot of bugs once we got to the swamp. “What I was amazed at was the huge amount of people who kept trying to interrupt what we were trying to do. I stopped being another human being walking around downtown Toronto, I became an invitation for mean comments, dirty looks, terrible  jokes, horrible screams, the list goes on. This video captures some of those moments and tells a story  bout a gross monster who just doesn’t fit in.”  Monks believes that expressing anger can be a very alienating process: “You are essentially trying to repel the people around you, usually because you are feeling wounded and vulnerable,”