Now after playing support to the likes of Jake Bugg and Miles Kane her first big label single ‘Greasy Love’ produced by Flood is unleashed via Polydor on  25th November.  The video features a nocturnal Natalie (for that is her name) hungrily prowling the streets of London, dressed like a vampy extra from TRON on Halloween. Doubtless being a northern girl at heart, she’s in search of a decent pasty from Greggs The Baker as opposed to your typical Southern cuisine because y’know,  sometimes a Quorn alfalfa and dill wrap served on a bed of organic wasabi rocket, topped with pine nuts and drizzled with locally-sourced sweet berry coulis just simply will not fill the hunger void!  Indeed this may well have informed the song title…or possibly not ;) .  However ‘Greasy Love’ is a statement of intent and highlights her unhinged bluesy powerhouse of a voice allied to visceral tribal beats, and it’s shot through with a ferocious rock n roll swagger that those who’ve witnessed her live performances will know all about! 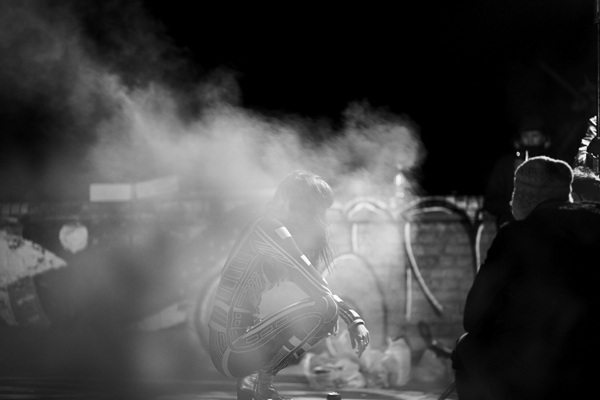 2 thoughts on “Video Of The Day – FINDLAY – Greasy Love”