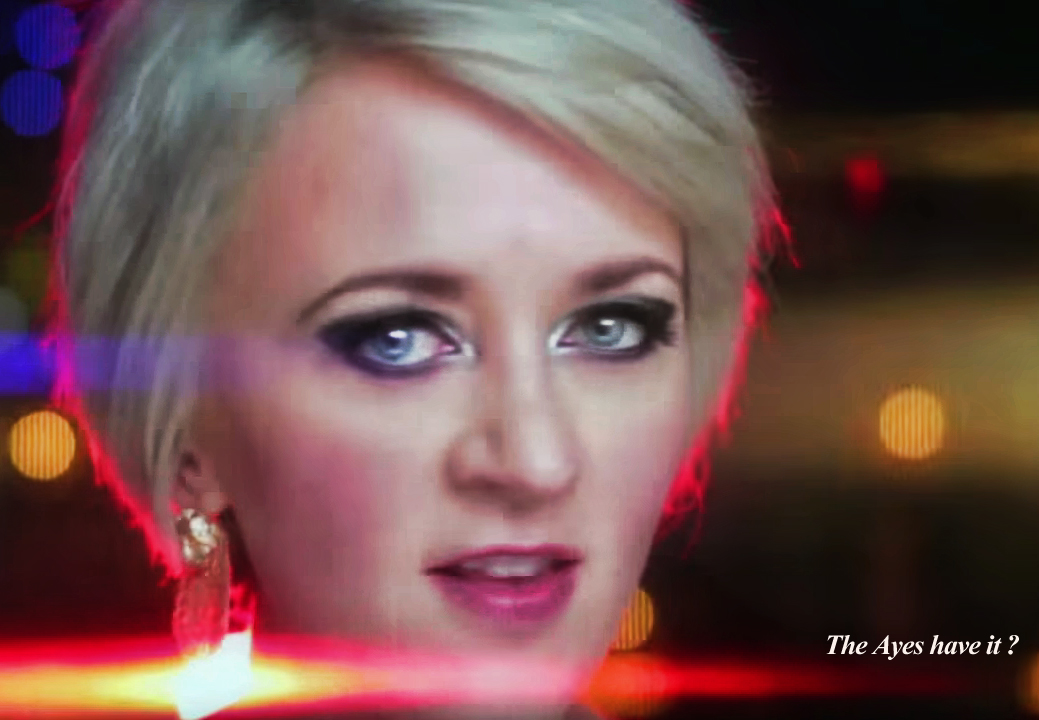 Ok we’ve already featured this tune as a track of the day, but here’s the accompanying video from Ladytron singer Marnie for her new single ‘Wolves’.  As you can see Helen’s gone for the blonde bombshell look , and talking of bombshells there could well be a political bombshell in Helen’s homeland of Scotland today as they decide whether to take ownership of their future or leave it in the hands of a heartless bunch of c*ck juggling thundering f**kfunnels in Westminster.

If the clues in the video and song as to how Helen may be voting haven’t helped maybe the pictures below will….’Wolves’ was deliberately released to coincide with, and was inspired by the #indyref  and  Marnie captures the optimism that seems to be coursing through the veins of many Scots, the sense of empowerment, the chance to seize the moment, to  reject the public school elite and London centric politics of the past, instead looking forward to a brighter future.   It’s also a damn fine electro pop song.  So whatever the outcome of the Scottish Referendum Marnie definitely gets our vote :)