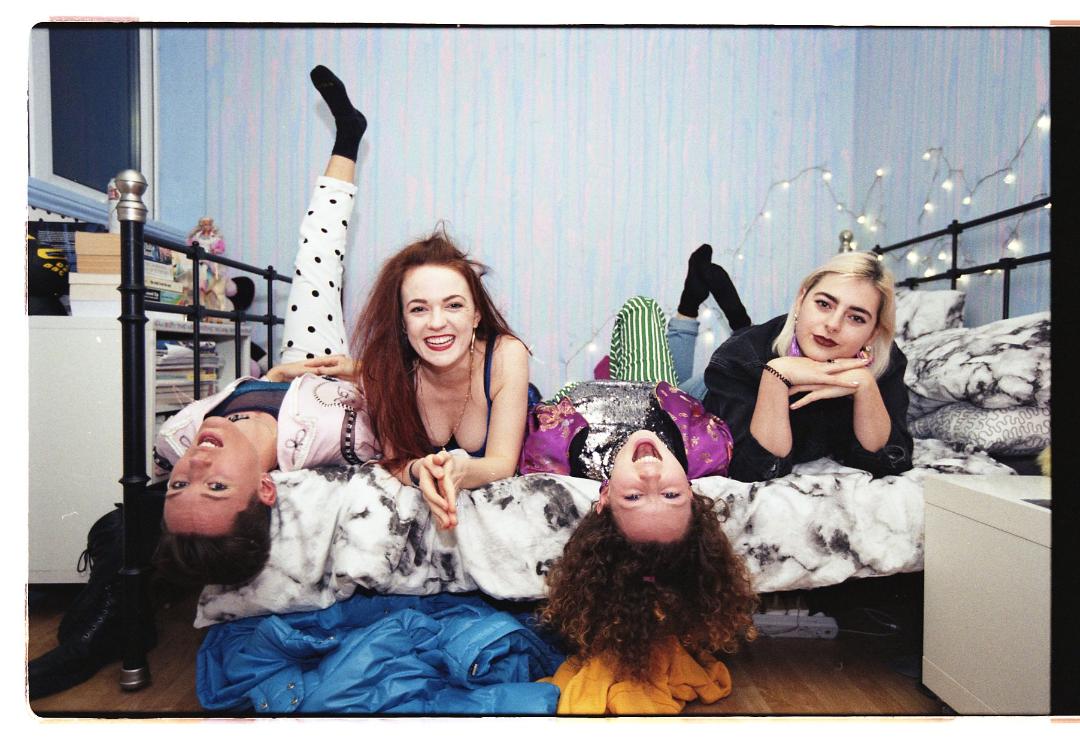 London DIY punks Dream Nails aren’t a band to pull their punches,  if something needs saying they go straight for the jugular … or balls. We caught them last year supporting Cherry Glazer as part of Get It Loud In Libraries.  We were hugely impressed by their wit, passion and energy during a set which included a hex on Donald Trump’s knob and lyrics suggesting if your dick is on fire why not rub some Sriracha sauce on your balls. Ouch!

They’re back with another fast-paced tune which makes the Ramones sound like self-indulgent prog rockers and it certainly harks back to the early sound of bands like X-Ray Spex and The Slits.  ‘Vagina Police’ is about a cause close to Dream Nail’s heart, a woman’s right to choose and it pokes fun at the ‘we know what’s best for you’ stance taken by the anti-choice lobby whos tactics of shaming  women who arrive at abortion clinics to make an incredibly difficult decision has no place in a civilised, equal society .

It arrives in 7″ vinyl form ahead of the Irish abortion referendum and comes with a free zine with 100% of the proceeds from the release going to the Abortion Support Network – a UK charity providing financial and accommodation support to Irish women who have to travel to access a safe and legal abortion. The video was made by Irish film director Guen Murroni who said “This video is dedicated to our sisters in Ireland who have been campaigning tirelessly for decades for the abortion referendum we’re finally having in May. It’s also for the women of El Salvador, Malta, the Vatican, Chile, the Dominican Republic and Nicaragua who live with the strictest abortion laws in the world.”

Lead singer Janey says the band wanted to “flip the discussion on abortion to focus on how creepy, controlling and invasive the anti-abortion lobby are. It’s absolutely ridiculous and they have no right getting in the way of a woman’s choice to become a mother or not.”

Janey adds, “We’ve produced a zine on ‘reproductive justice’ to go alongside the vinyl to make clear that globally, people’s bodily autonomy is impacted in ways that extend far beyond abortion. For example, forced sterilisation of trans people, women in prison having to give birth in shackles and the obstacles lesbian parents face. The struggles we face are different, but they are all connected”.