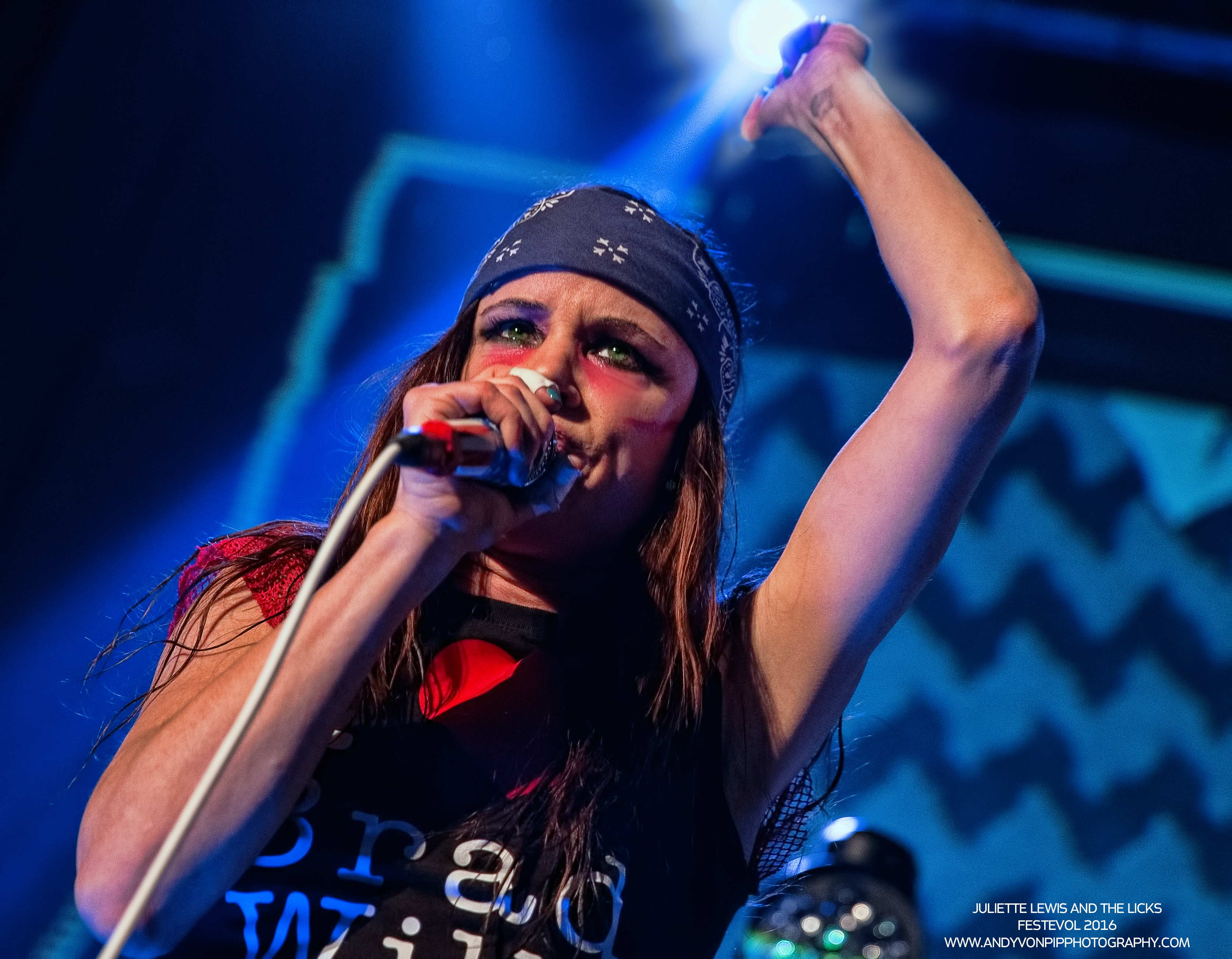 Our Fest Evol review was  supposed to be a photo review, y’know ….. let the pictures speak for themselves etc etc –  but we had such a great time we felt a few words should be forthcoming , so our highlights in brief …

This year’s expanded Fest Evol was the biggest one yet (hence the use of the word ‘expanded’) and there were some incredible performances. Top of the list were Black Honey who get better each time we see them, we wish people would stop referring to them as a ‘buzz band’ when ‘great band’ is the correct terminology. Pumarosa were astonishingly good, a band who are apparently gaining the plaudits and were completely new to us (finger on the pulse eh kids?) But sometimes ignoring the clamour and hyperbole is a good thing as we viewed Pumarosa through fresh eyes and ears with no preconceptions and we were left mesmerised. They were magnificent!

Hollywood star Juliette Lewis, astounded some and baffled many with her full on Iggy meets Axel stage acrobatics, which were fantastic to behold and often far more compelling than some of the tunes. As somebody remarked, the last time they heard a cover of ‘Proud Mary’ was at a wedding , after the words “the buffet is now open” whilst scoffing soggy vol-au-vents and quaffing cut-price Prosecco  – cheesy much ? However there’s no denying Juliette is an enthralling performer with genuine charisma who puts her heart and soul into her live show, and we’d definitely jump at the chance of catching her again!

Marnie (she of Ladytron) brought her glittering electropop and similarly glistening hair to her former stomping ground delivering a beautifully judged set with the added bonus of some new material, whilst Cash + David proved to be just as compelling live as they do on record and even found their very own Bez in the audience.  Estrons and The Orielles gave it their all and  won over the audience who were perhaps there out of curiosity rather than being die-hard fans – which is one of the great things about these sort of events –  the discovery aspect.

Of the local talent The Vryll Society (we’ll pronounce it correctly one day) took to the stage like they owned it and played a set like seasoned veterans, Feral Love made a fabulous live debut , whilst Indigo Moon impressed with their stomping psych-blues and frontwoman Ash Colley’s towering vocal.  Last year’s surprise package Zuzu  again delivered a fabulous set, which was a huge hit mixing acerbic wit with a melodious guitar thrash.  Pink Kink were astonishing, fizzing with ideas and a slightly demented energy -(it was 2.45am FFS! ) mixing humour, gender politics and full on art punk to great effect, think The Au-Pairs meets the Banana Splits ;) (what’s not to like!)  whilst The Probes showed they are adding psychedelic flourishes to their chiming post-punk leanings.

All in all, it was a fantastic day which reached it’s pinnacle around 4am with “‘Getintothis’‘s” editor perched a top an onstage speaker stack –  probably roaring ‘Made it ma !Top of the world ! (actual footage)

Let’s do it all again in August.

Loads more photos via link below