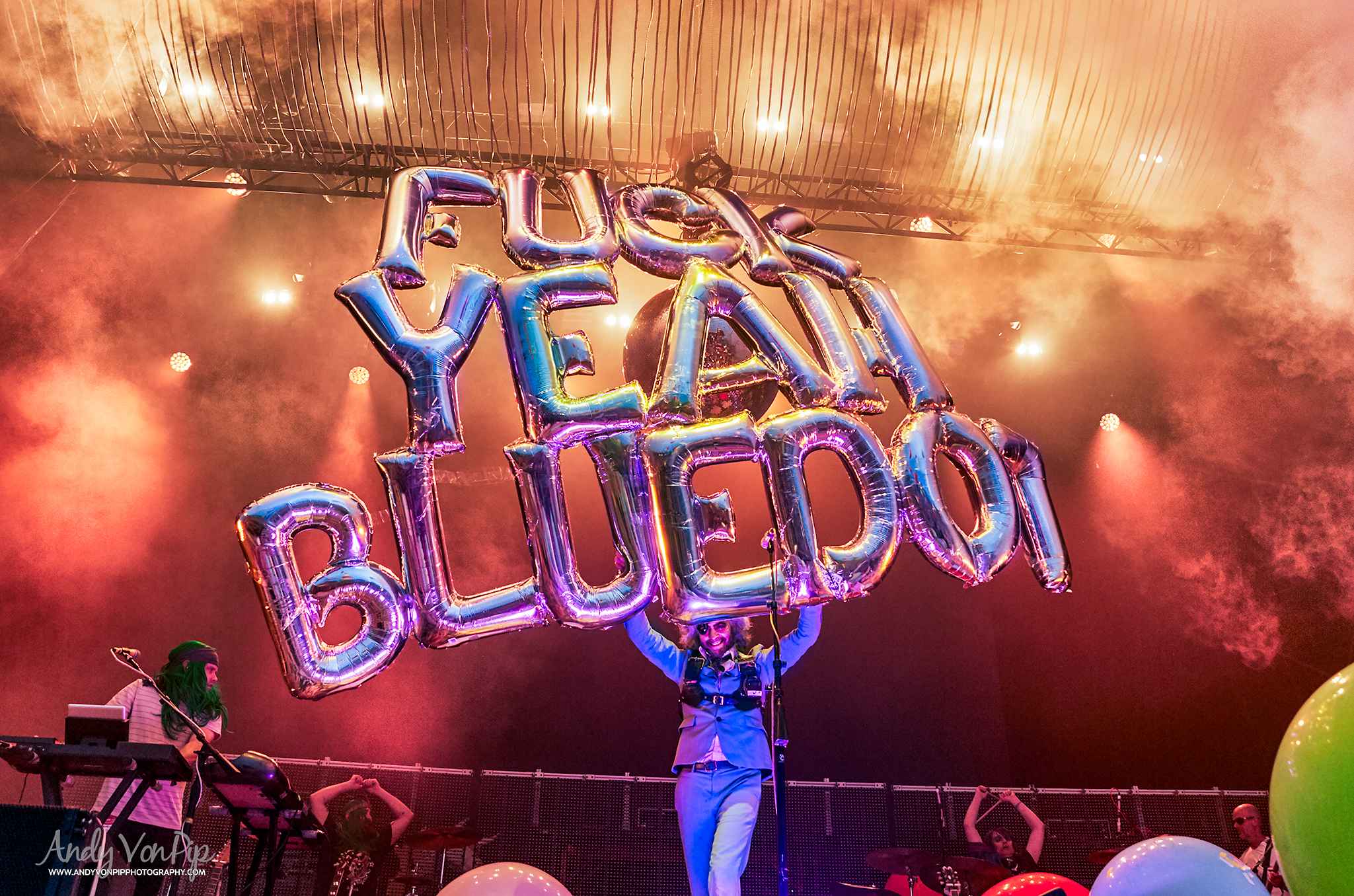 The ubiquitous ‘what we learned from’ (insert festival name here) style reviews have always been something of an anathema for me. However in the spirit of bland homogeny, if you are going to learn anything from a festival, Bluedot’s probably gonna be your “go to” festival.

Last year’s event (their second – see review HERE ) at Jodrell Bank was impeccable, a perfectly judged line up of music that had something for everybody (ALL DAY), lectures, which were educational, inventive engaging and often fun, science geekery, parades and beautifully lit evening chill out zones. However,  I genuinely felt this year’s event paled in comparison. The music felt somewhat secondary to the science, and to be quite honest the quality of the music on display between midday and early evening on the main stage was patchy at best sandwiched between science talks and Dj sets. This would have worked well in the large tents but felt like something of a vibe killer on the main stage. This meant that not unlike outer space, there was at times, a distinct lack of atmosphere.

Things did begin to improve after around five pm when the music seemed to start in earnest ( hang on I thought you said it was at Jodrell Bank.) Highlights? well on day one Public Service Broadcasting produced an engaging albeit workmanlike set, whilst find of the day International Teachers Of Pop served up a heady musical syllabus of subversive wonky electronic fun. It goes without saying that The Flaming Lips extraordinary live show is always a thing of infinite wonder and whilst it may not be subtle the sheer inventiveness and logistics is quite a sight to behold.

And so after a slow start one felt (hoped) that perhaps Saturday was the day when the festival vibes would really take hold , but alas once more it all felt very stop and start in fact it wasn’t until around 4’o’clock when the fabulous Amber Arcades took to the stage, that musically things began to look up. Fehm‘s, dark brooding fusion of indie and electronica who first impressed me a number of years ago at Live In Leeds added some “oomph” to proceedings whilst (now Mercury Award nominated) Nadine Shah, who we’d previously only seen in smaller more intimate venues proved that she was perfectly at home on the big stage producing an engaging and powerful performance.

Elsewhere Manchester duo Pearl City (formerly Bernard and Edith) were on mesmeric form with Greta Edith prowling the stage in what were clearly the best trousers of the festival. But it was her extraordinary crystal clear voice that stopped you in your tracks, a voice that resides somewhere between Kate Bush, Liz Fraser and Bjork and as such was utterly beguiling.

Gary Numan over on the main stage continued to reinvent himself and over recent years has finally garnered the sort of hard fought critical acclaim his younger self could only dream of. His fan base is rabidly loyal and his performance was hugely entertaining with a set heavily weighted toward new material from his latest long player (and best?) ” Savage (Songs from a Broken World),” which is, remarkably, his eighteenth solo studio album. It was far darker and heavier than festival day-trippers may have anticipated and had more in common with the likes of NIN. For those unaware of Numan’s latter work expecting some lightweight whimsical 80’s electro-pop nostalgia they may have been initially baffled but hopefully converted by the end of his set.

But Future Islands as a headliner? Really? This is the word we live in? A band so infuriatingly average they contrive to make Bruce Hornsby and The Range sound avant-garde. And that dance? Crikey, no ta.

Unfortunately, I only managed two days at Bluedot this year and what did I learn? Well a music festival is only as good as your line up, blue sky makes a huge difference to the atmosphere and whilst Bluedot remains one of the friendliest, most well-organised festivals with the very best of intentions, set in a unique and inspiring location, it really would have benefited from more music during the day.   Perhaps much of this year’s line simply wasn’t to my taste as the festival does seem to be erring on the side of ‘banging’ dance music above all other genres and alas that is a genre I personally often find about as enjoyable and spiritually uplifting as having a dental filling by way of a Black And Decker drill sans anaesthetic.

So in conclusion, this year it was merely ok with some wonderful moments rather than being consistently out of this world. Personally, I’d love to see it get back to its 2017 best and perhaps not spread the music so thinly during the day. 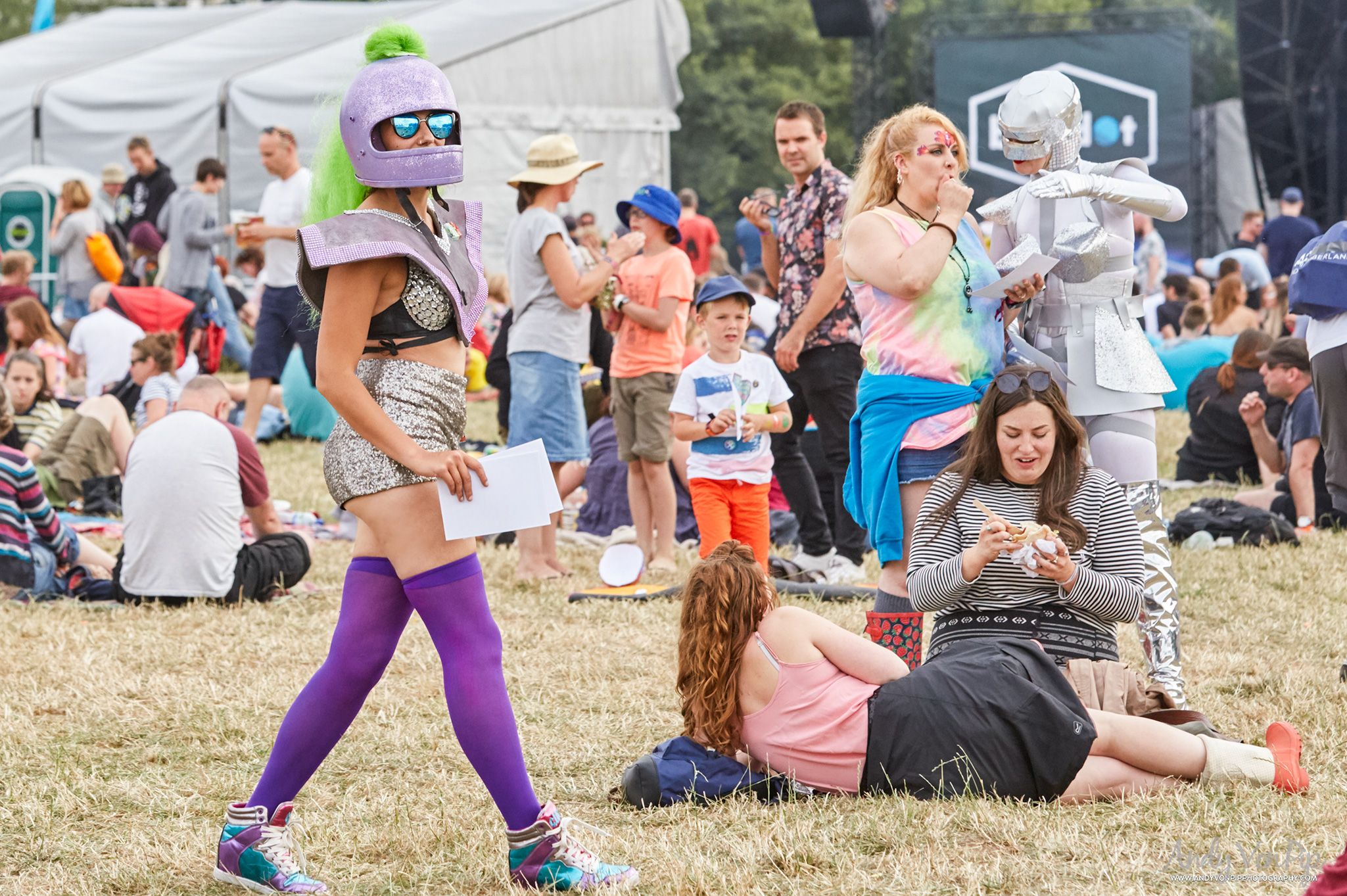