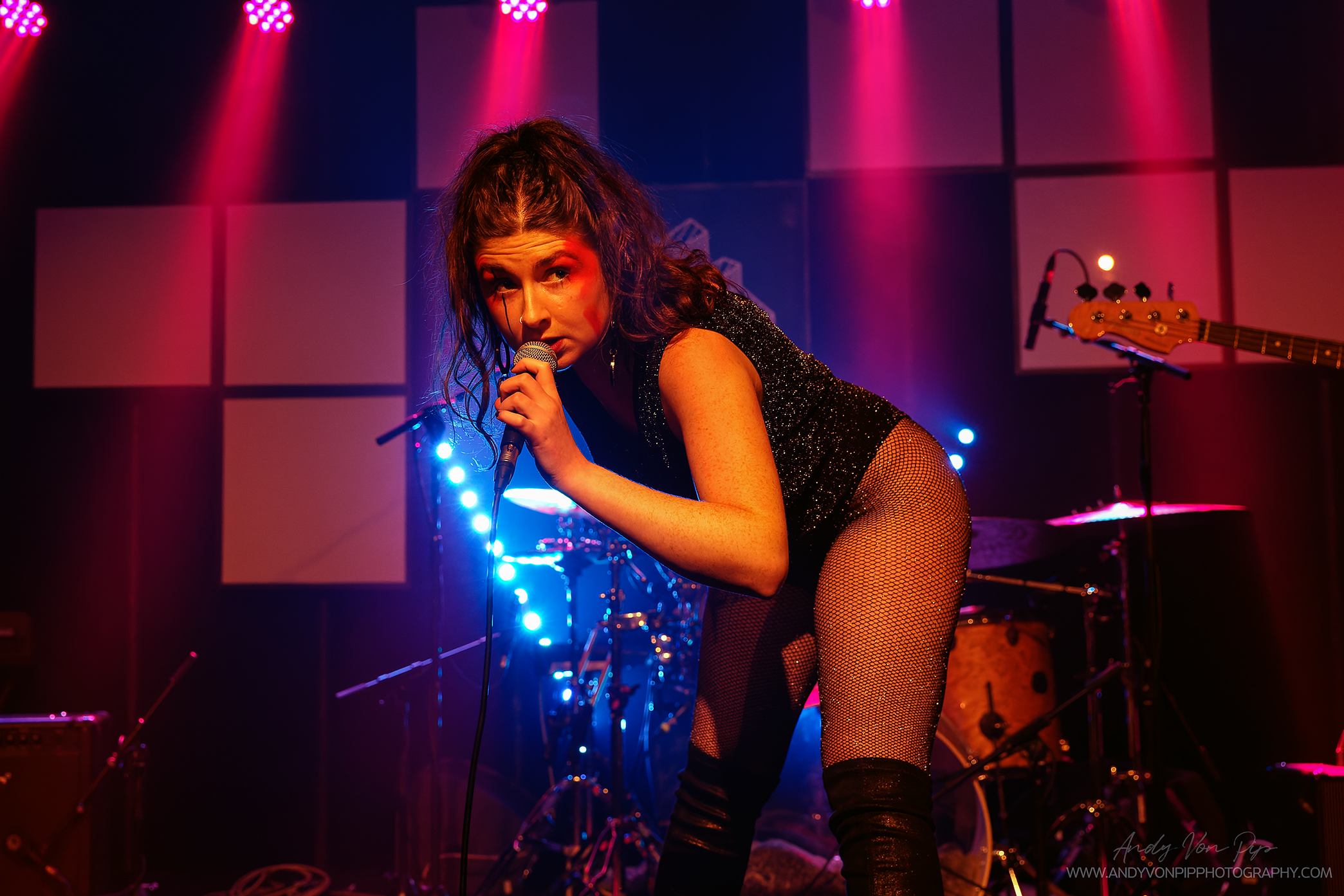 Beija Flo curated this special eye-popping evening, culminating in her own headline set at Future Yard, Birkenhead in celebration of Earth Day and Vagina Appreciation Day (yes, it’s an actual day). As ever, her set with a full band is a beguiling mix of the theatrical and Avant pop, replete with off the wall observations and directness and bravery when she addresses her own MRKH syndrome, with an aim to educate people with a mixture of humour eloquence and honesty. And of course, the only way to demystify a topic some people might not know about or wish to initially shy away from is to address it and to talk about it openly. Ignorance creates fear, division and misunderstanding, but education through great communication begets knowledge and, from that knowledge, comes understanding and empathy, which engenders unity. (see Beija’s video below)

Beija also has great jokes as well as top quality tunes, mixing a variety of styles replete with theatrical flourishes, which impart them with a timeless quality. So Educate, inform and entertain, job done – the BBC need to book her.

Also on the bill were Nottingham’s new hotshot’s DIVORCE, (dare we call them an indie supergroup ? yes we dare. ) The four-piece are made up of members of the now-defunct Megatrain and the still very much “unfunct” (extant ) Do Nothing (both certainly well worth checking out.) Opening the night where local band Ostrich who had an air of Orange Juice meets Neil Hannon by way of Jarvis Cocker. Which, by definition, is a wonderful thing.

Anyway, here are some photos of a remarkable night held at a venue which is gaining national recognition from touring bands for doing it right. Enjoy the , erm, Vagical Mystery Tour.