On 25th November Lush arrived in Manchester to play their final gig.  I was there as  a guest of the band  to photograph the action. So this isn’t a review as such, just a brief personal reflection on seeing the band one last time.

They say that when you arrive in Manchester you’re never more than twenty feet away from an ex-member of the Fall  This was  certainly the case in point when Brix and The Extricated opened proceedings with a hugely entertaining, energetic and impressive set.  They mixed in classic Brix-era Fall ( the best  period of the Fall IMO ) with new material, which whilst sounding rip-roaringly loud, still had the melodic sensibility of Brix’s other incarnation the much-underrated Adult Net.

It was a strange experience to witness Lush arrive on stage with the realisation that this would be, without equivocation their last EVER gig.  Whatever led to their decision to call time on their brief reunion or for bassist Phil King resisting giving his Sonic Cathedral “shoegazer” T-shirt a final outing we may never know (well, at least until we get the long awaited ‘Dear Me’ style bio, which we hope will be outrageously indiscreet, but obviously not libellous, as nobody likes porridge).  I spoke to Miki after the gig who said” I know it must have been disappointing for many Lush fans that Phil didn’t perform at the Academy gig. It was no easy task to find someone able to stand in at such short notice but I felt that a gig without Phil was better than no gig at all, especially for fans who had bought tickets months ago and for whom the Academy show was the last – and for some, only – chance to see us play. Mick [Conroy -bass] did a great job under very stressful circumstances and I am hugely grateful for the work and the time he put in. He was an absolute star.”

Lush sounded magnificent, bigger and more sonically bold than I remember (then again I was pissed at almost every Lush gig I attended as a youth, I think perhaps the band were too ;) )  On a personal note, this was my last chance to see them play having missed the London shows due to bereavement (2016 really has been that kind of year) and had not the funds nor, if I’m being honest, the desire to visit a land which sees fit to elect a sexist racist cockwomble like Donald fucking Trump as president ‘. So it was great to hear those songs played live again one last time, Deluxe, Kiss Chase, Sweetness And Light , Desire Lines, all minor classics in their day which when played live in 2016 still sounded vibrant and have the ability to engulf you in a wave of  euphoria. Miki played with passion and verve, Emma wandered around in the background, her unique guitar style still as mesmerising ever, whilst Modern English’s Michael Conroy on bass and  Justine Welch (Elastica) effortlessly slipped into their new roles.  A sad night in many ways, but considering this was a reunion we never expected we were just grateful for having a final chance to see Lush again – to witness the light from a dead star flickering, flaring and burning brightly one last time before fading way forever. *sniffle* 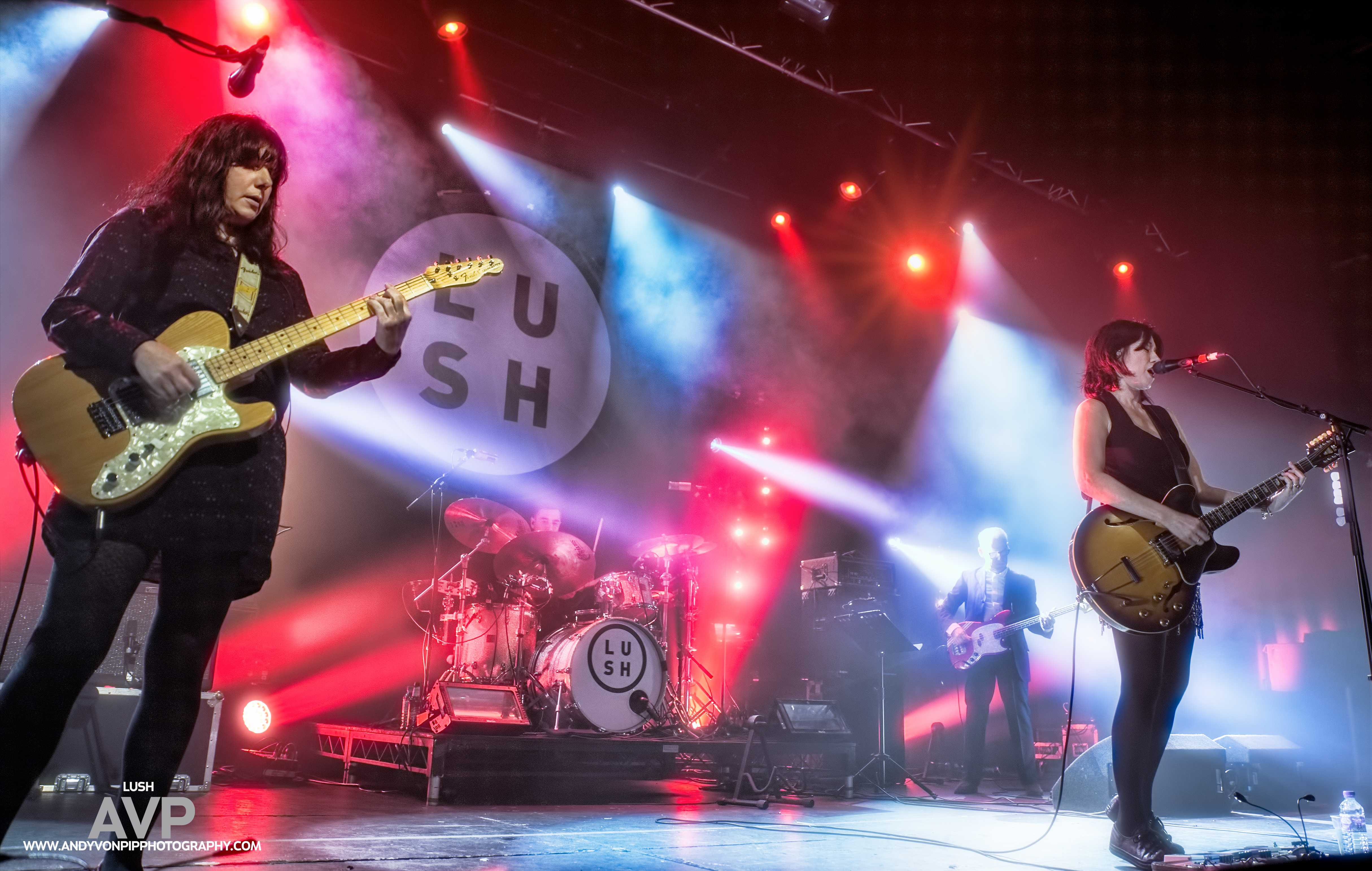 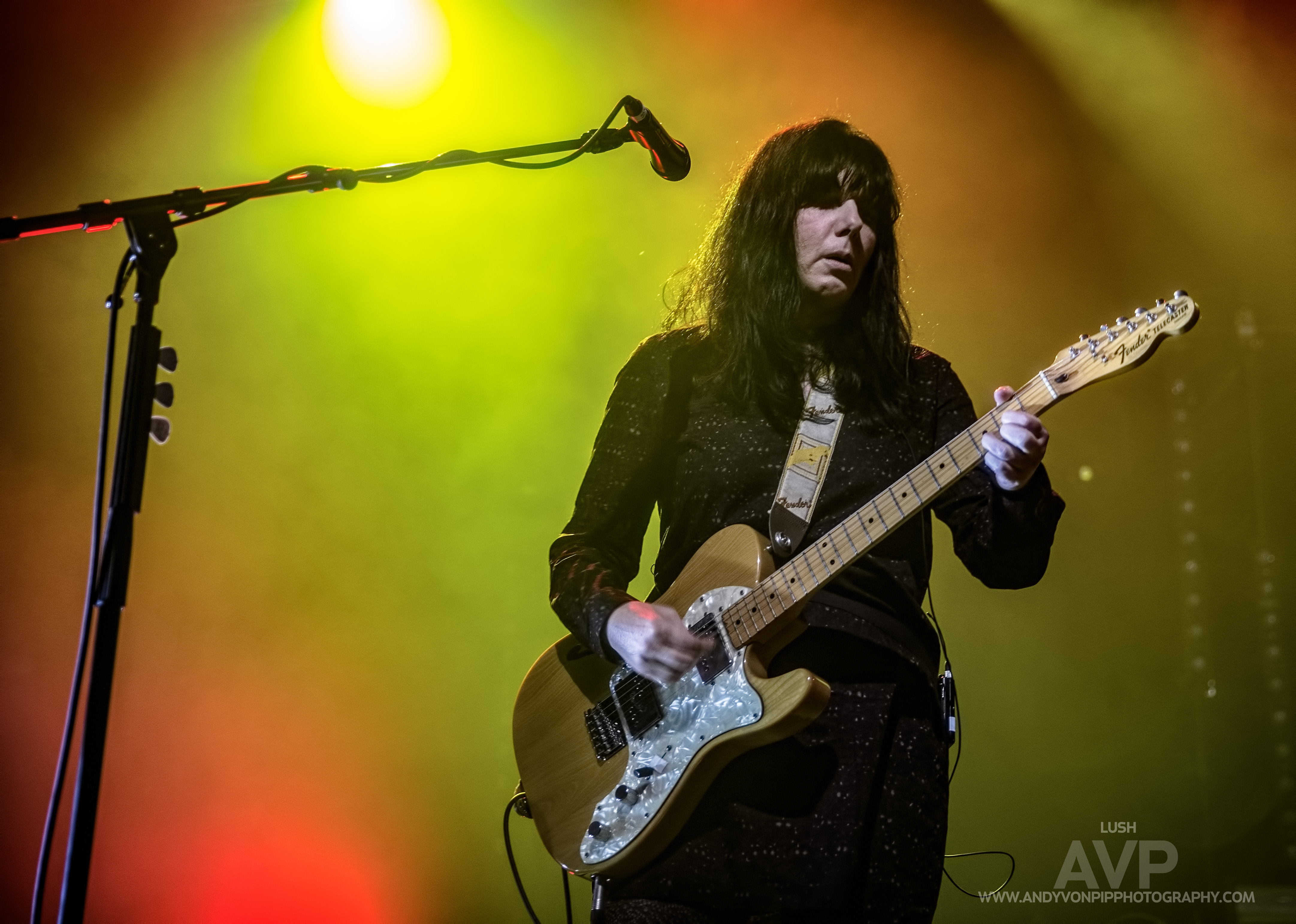 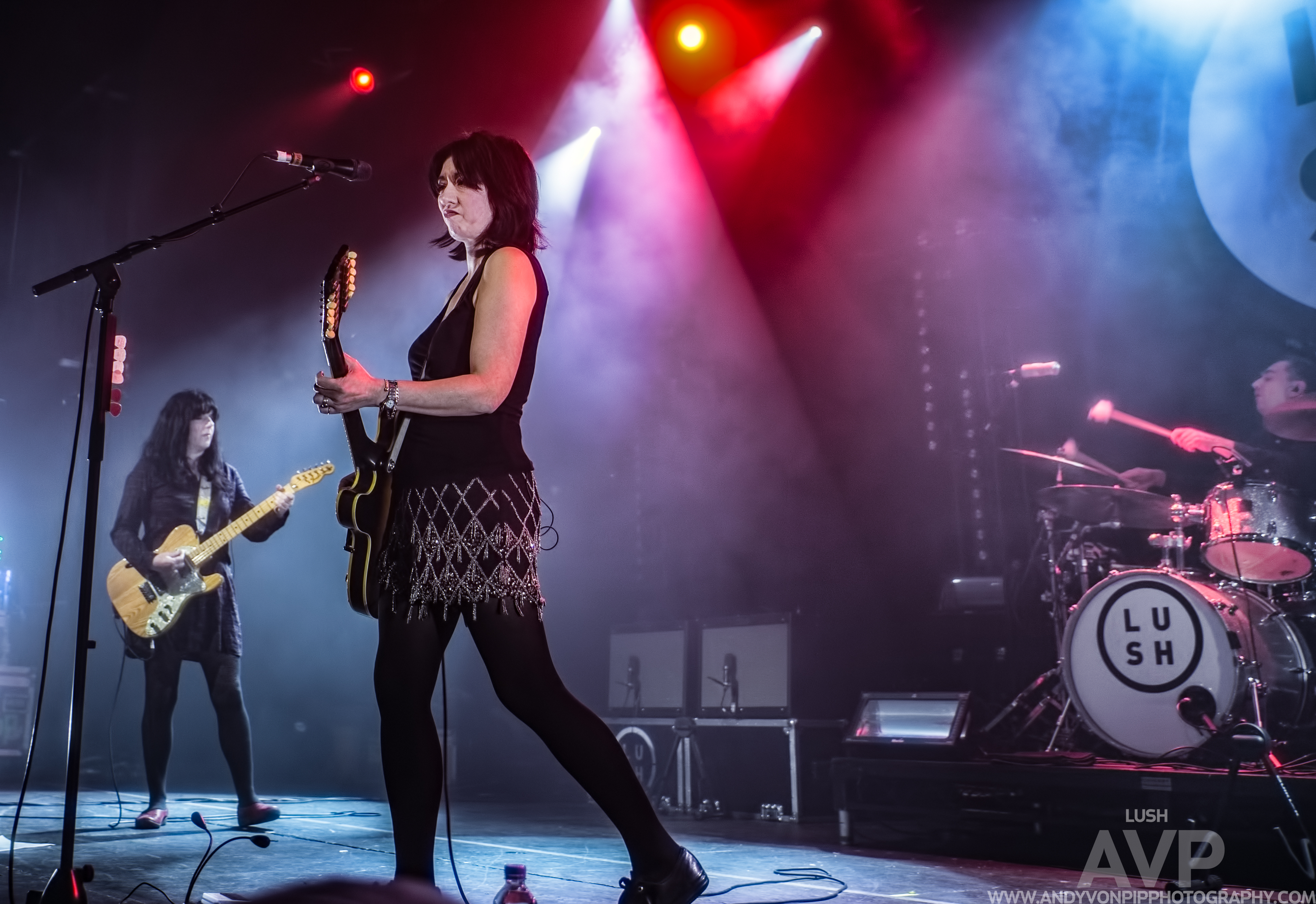 Brix and The Extricated 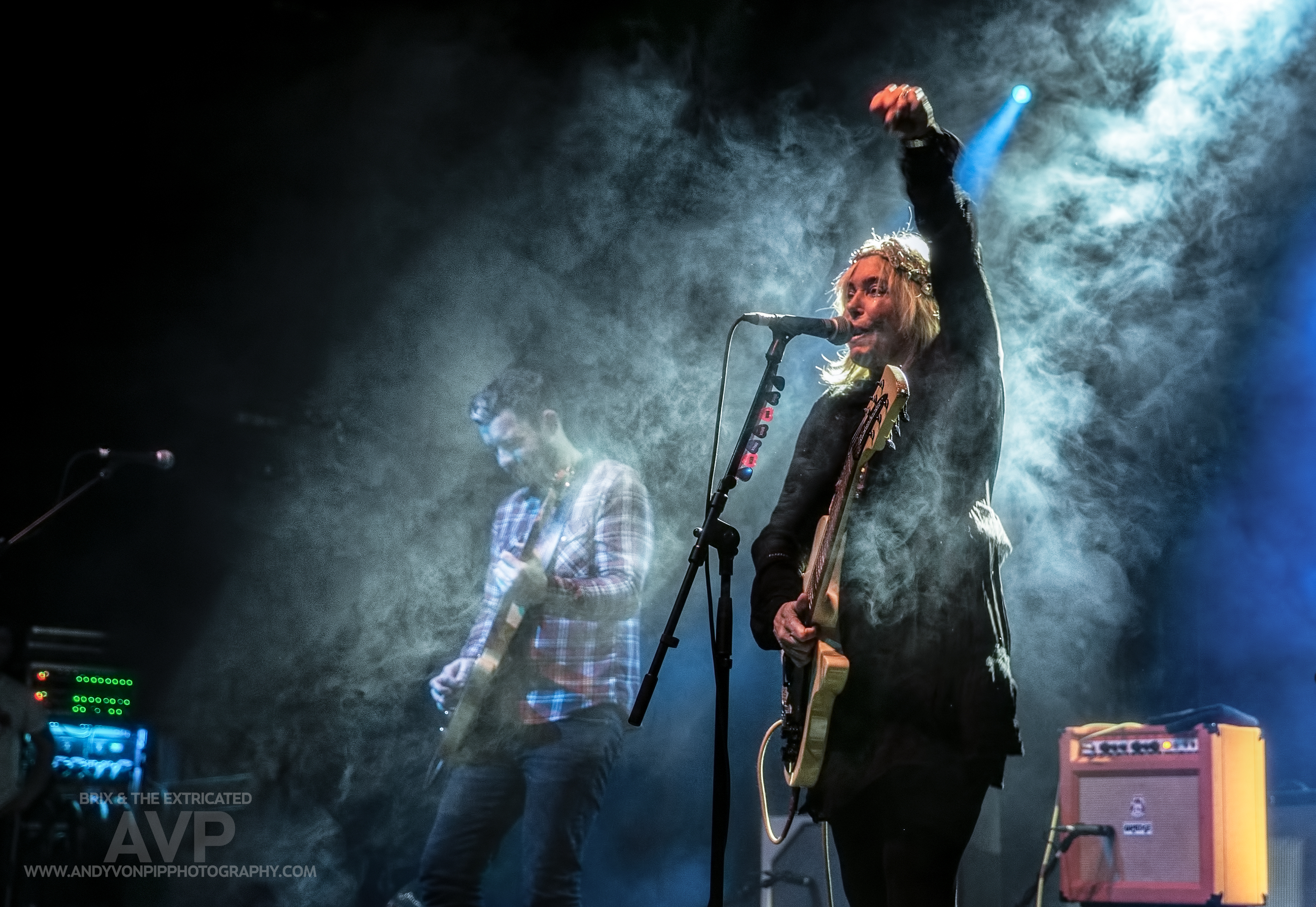 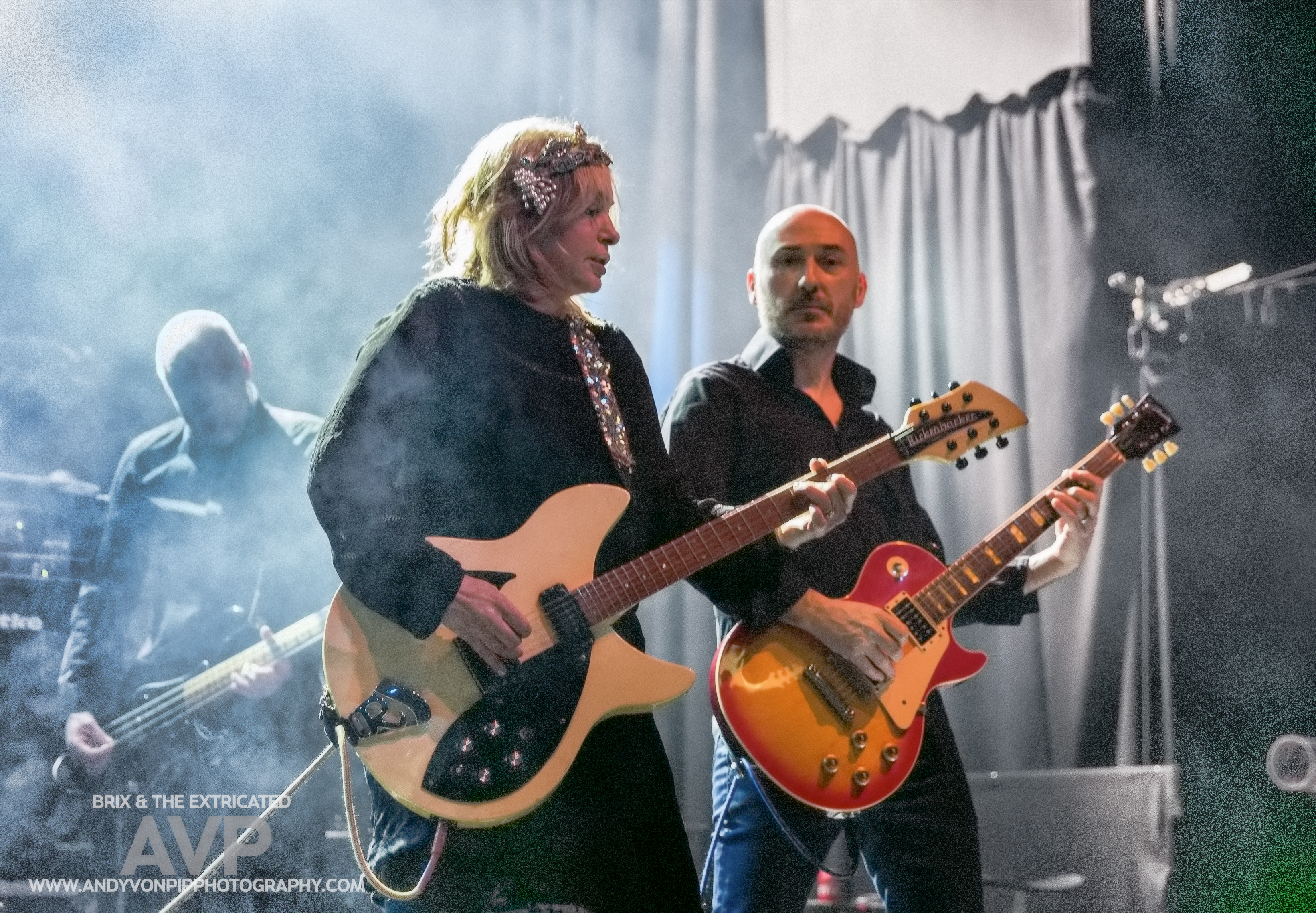 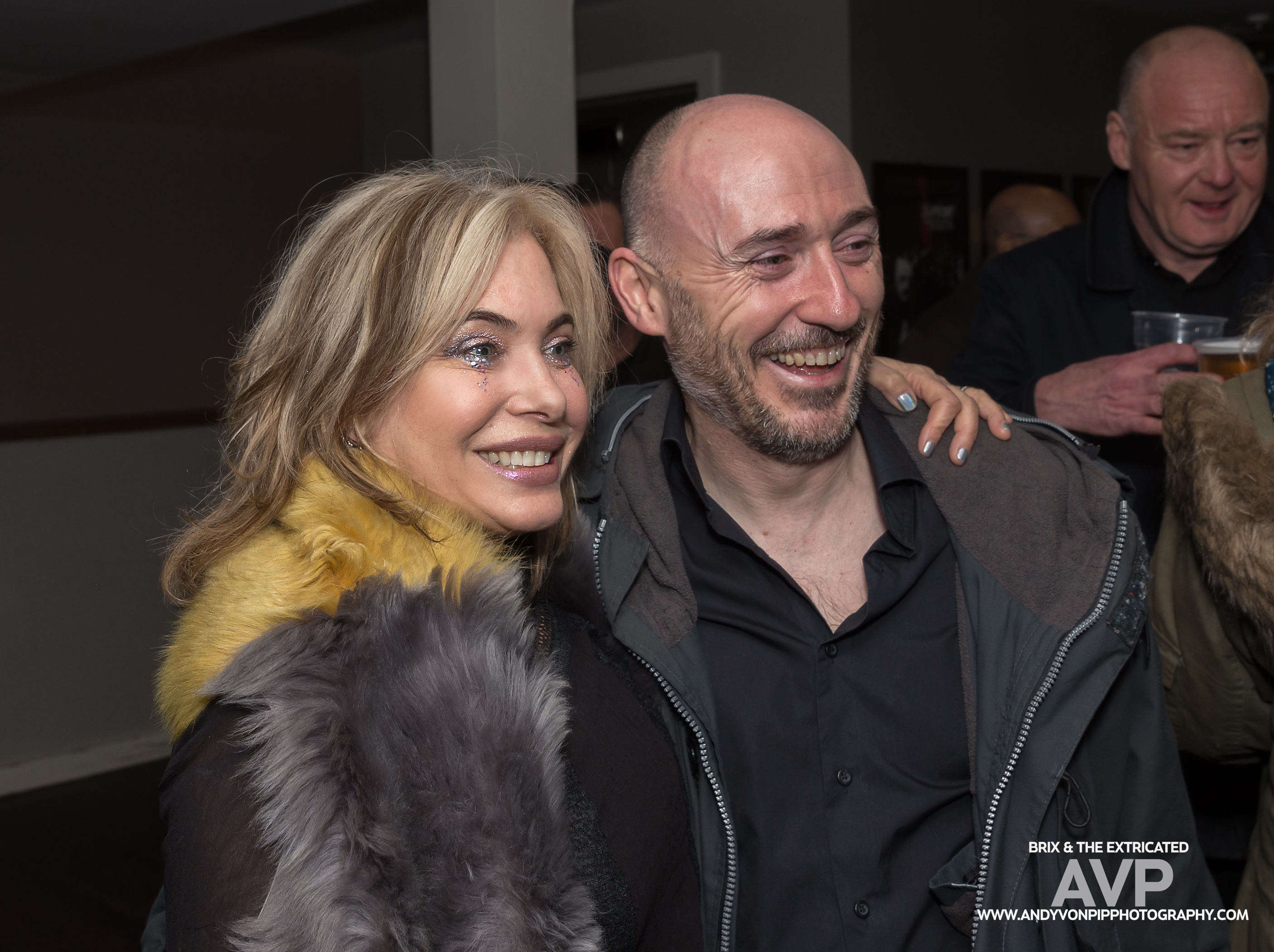