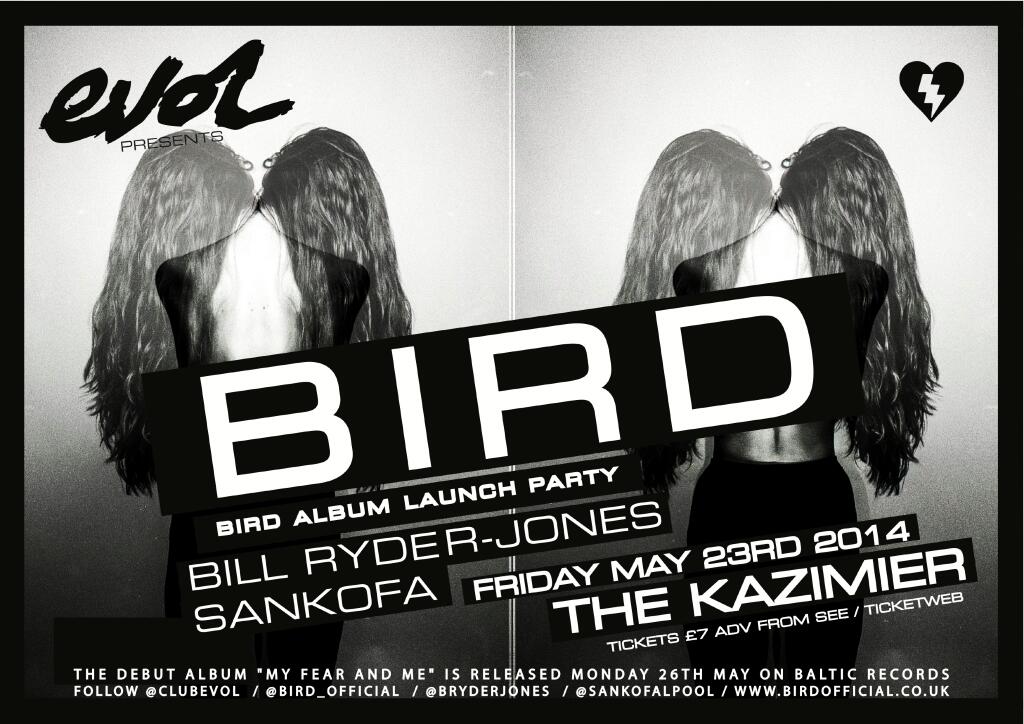 We couldn’t make Bird’s recent album launch (which we reviewed here) due to prior commitments, but we know a man who did make it. Jay C. Roberts aka [forthaven] gives us the lowdown and talks to the band…

Liverpool based band Bird have been causing quite a sense of anticipation over the launch of their new album ‘My Fear And Me’, in no small part due to their recent successes which ranged from opening the first BBC6 music festival, to having the single ‘The Rain Song’ featured on Q magazines website and more press than you can shake a stick at. Recently signed to new Liverpool label Baltic Records, who also house the Tea Street Band, Bird, a 2 female 2 male line up create ethereal songs with captivating vocal and guitar melodies, and a live stage presence that is second to none. Using a blend of effect laden guitar sounds, gritty yet rhythmic bass and synths you cannot help but be drawn inside. 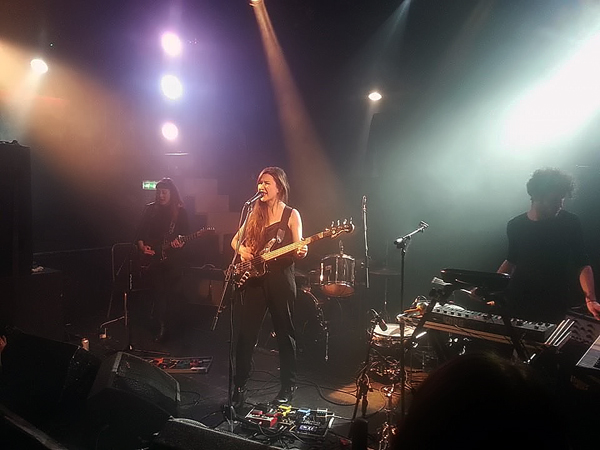 The album launch party itself was a packed house affair, with support from two other Liverpool acts, Sankofa who performed a guitar led indie rock set which was the perfect opener for the evening. Bill Ryder-Jones then took to the stage and performed a stripped down set with guitar and drums, which drew the audience in nicely. Bird’s arrival to the stage had the audience cheering from the off, breaking into their set with complete relish. The sound and lighting were superb, and the audience were well and truly in the spirit of the evening, between songs reaching to both Adéle and Sian to shake hands, clearly feeling the emotive connection which their music brings out so well.

Managing to rock their way through their album, the band also pulled a cheeky encore, which in modern live music is very hard to pull off, but the enthusiasm of the night meant that this was a well-timed and suitable thing to do. Finishing off their set with my personal favourite track, I Am The Mountain, I was left to ponder what next for this group. Personally I would like to see them continue to go from strength to strength, the music business is sadly lacking in music that has this kind of depth and solidarity, and also such amazing talent. With some luck and the right momentum I predict bird will be flying higher and higher in the future, and hopefully pull other acts to their bar which is set at a very high level indeed. 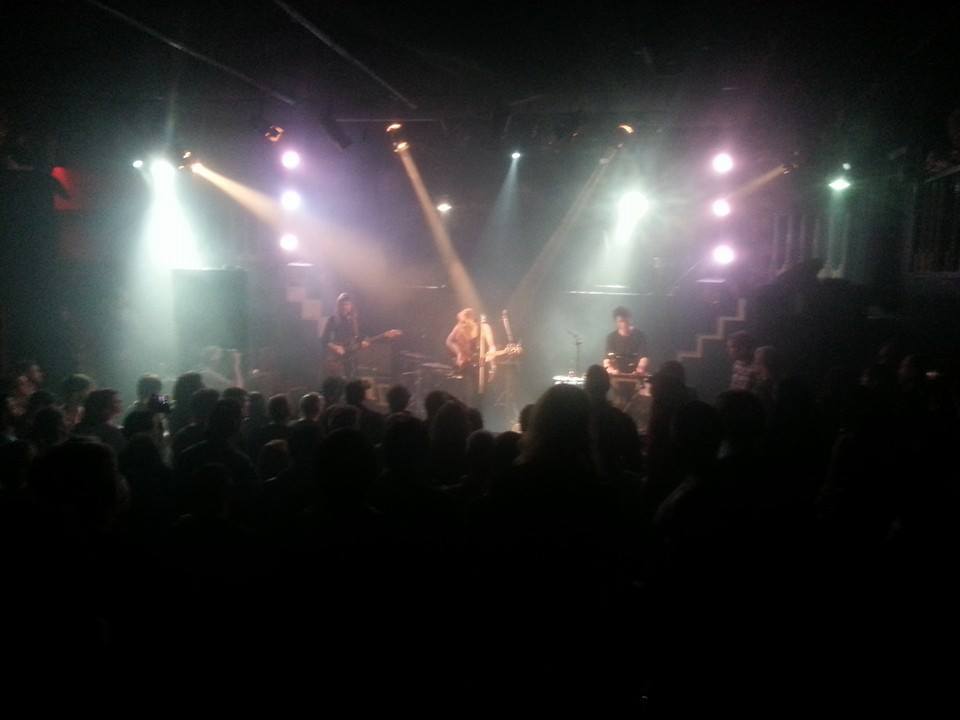 I managed to catch up with the band after the event, and here is what they had to say about it:

So, how do you all feel about the launch night in one word?

The album has been in production for a fair while, what do you think is the hardest thing about producing a record?

Adele – The long hours and the cabin fever that you get after a certain amount of time in the studio could be quite difficult, I remember the very last day of mixing and Christian, Daz (producer) and I were in all day until 6.30 in the morning, that was nuts, life just became a blur!

Sian – Making sure the songs come across the way you hear them in your head.

Christian – I didn’t find any of it hard as such, I really enjoyed it, suppose the long hours can be gruelling at times, but when working alongside the right people it drives you on.

Lex – Objectively listening to a track once you’ve heard it a thousand times/recording to click without loosing feel.

You’ve gigged all over the UK and Europe over the last two years, do you have any special memories?

Adele – There’s been loads … The Rodriguez tour, 6 Music Festival, playing The Anglican Cathedral for Sound City … our van breaking down whilst going through the euro tunnel!

Sian – Supporting Rodriguez and playing to 3000 people a night in Poland, and getting our first bbc TV coverage from the 6music festival.

Christian – The 6music festival in Manchester and Steve Lamaq knowing who we were, was my 13 year old selfs dream come true; opening festival No. 6 in Portmerion was really cool too; and playing the Sala Kongresowa in Warsaw.. that venue was incredible.

Lex – Doing the chicken dance in our apartment in Brussels

Is there one thing you could change if you could?

Adele – Nope, wouldn’t change a thing, the up’s and downs are all part of it and it’s what makes great music.

Sian – Give up our day jobs, so we could focus all our time on the band.

Christian – No, lots of things.

Do you think that independent labels are doing better than the bigger ones, in terms of getting artists noticed?

Adele – I wouldn’t say so no, I think it’s great that there are so many independent labels out there and some are doing some really great things, however the bigger labels still seem to hold the power.

Christian – Nope, they still don’t have the power that majors or larger indies have, or the money. they do a really good job though, and hopefully in the long run they will start to do better than the majors, anyone that’s doing it for love or passion over financial gain will prosper in the end.. maybe.

What is next for Bird?

Adele – Writing and demoing which I’m looking forward to, it’s nice to be able to start a fresh all over again and to start working towards the second album. Also to just generally keep progressing, we’d like to get on another big support slot too and to be able to travel the world a lot more.

Finally, as a band with huge stage presence, is there any advice to aspiring artists you have?

Adele – Just to keep at it no matter what happens, your music and work is what you leave behind so make it good, don’t stop imagining!

Sian – Just do your thing and try not to think too hard about it.

Christian – If it’s what you want go for it and give up everything else, and bring this onto stage with you. Don’t be a dick, respect people, but cut off any excess stragglers that bring you down/stop you from hitting that level you want to hit… Trust your band on stage and support them if they’re being a bad shit head.

Lex – SMASH IT! Make music that you love and believe in.

My Fear and Me is out now on itunes, CD and limited edition vinyl.