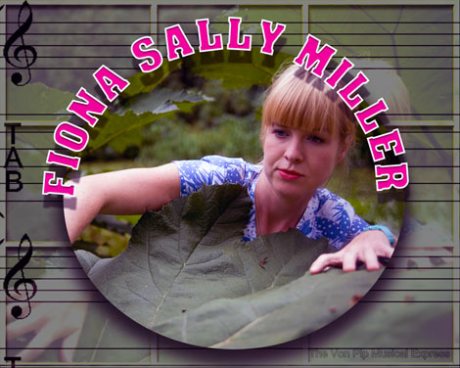 We all have our fears and phobias, mine it would appear, tend to be exacerbated by shite TV shows. The soul withering ‘X Factor’, the mind numbing ‘Big Brother’ or anything with Michael McIntyre are normally more than enough to fill me with mortal terror whilst simultaneously inducing an apoplectic episode of my, as yet undiagnosed ‘ Tourette’s’ (which, I’m sure you’ll agree, is a real f**ker.) I’m also not the best of flyers ( I keep flapping my arms but nope, nothing!) And when asked if I have a phobia of air travel and flying in general, I normally respond with ‘I’m fine with flying, it’s the whole ‘plummeting like a stone from 35,000 feet, crashing and being engulfed in a deadly inferno’ bit that tends to worry me.’ But jesting aside I’m often quite astonished at how many performers suffer from stage fright. I mean logically, if you’re frightened of a stage, why go anywhere near it ? Surely they can be avoided? Isn’t it a bit like having a phobia of milk and then applying for the position of milkman? Fiona Sally Miller, a young Brighton based musician, songwriter and multi-instrumentalist is one such artist who has managed to overcome her nervousness at performing in public and is now reaping the rewards.

She comes from the school of song writers who are acutely aware that ‘life can sometimes be a shipwreck but we must not forget to sing in the lifeboats.’ Like all talented song writers she is able to endure sadness and loss and turn it into something positive. Take her song ‘Rory’ for example, she metaphorically fans the dying embers from the ashes of a relationship and manages to produce something that is beautiful and poetic. Like Laura Marling and Cat Power she writes tender, lyrical love songs, which manage to be as enthralling as they are heartbreaking.

Fiona started out gigging in Newcastle, whilst desperately trying to conquer her stage fright, and steadily gained confidence before moving to Brighton. It was here she met guitarist and producer Matt Hodson and formed a band. Since then they have steadily gigged around the country including the Green Man Festival and Union Chapel where their folksy infused pop centric tunes have charmed and enchanted audiences. With a début release planned for 2011, we had a chat with Fiona just before she performed on the ‘Radar’ stage at the recent NME Weekender.

VP: How long have you been writing songs, have you had a keen interest in music from an early age?

FIONA : I guess musically it all began with the saxophone…I cut a deal with my parents that if I played the clarinet for 5 years I was allowed a saxophone. I lasted the 5 years began the saxophone and then stole my brothers guitar as soon as I could! Writing wise I was always writing poetry, my grandfather was a poet and I think that’s how I got away from some things, by writing them down.

VP: Which artists do you most admire and why?

FIONA : Jim O’Rourke is probably the musician I look to the most for writing and instrumentation. Radiohead and Tom Yorke have been a consistent source of admiration for me throughout my life and Paul Simon from the very start. More recently I have been listening in awe at Kaki King and her guitar playing and Bon Iver for his incredible turn of phrase.

VP: You have apparently finished recording your album, when’s it due out and what sort of vibe can people expect from it?

FIONA : We are looking to release a mini album late February early March. Its tricky to really commit to genres when explaining how it sounds, there are plenty of layers of guitars, pianos and vocals. Some songs have a rockier, edgier sound, some are all out pop folk songs and we are hoping to have some more intimate lo fi recordings in there too. Each song has been recorded in the way in which it was crafted. Arrangements have followed in reaction to each song as an individual piece.

VP: You’ve recently been playing on the Communion bill , how did that come about, and did you enjoy the experience ?

FIONA : I sent a bunch of promoters a couple of songs that we had completed and somehow I guess “Rory” stuck out to Tom from the Brighton arm of the Communion fellows, and then we were booked! That gig was probably one of my favourite live experiences; we had played Meadowlands festival in the afternoon and drove straight to the Communion gig after. Really great crowd and the Communion guys had put on a really good show, super.

VP: You’re based in Brighton but apparently you started gigging in Newcastle, does that make you a closet Geordie?

FIONA : I am a southerner really, from the well known market town of Horsham?! I have lived in a few places in England, Bristol, Cornwall and Newcastle that kind of makes me an in-betweener I suppose. I moved back to Brighton to start a course in Music Production and to learn how to record my songs and also to be closer to my family and the sea of course!

VP: Let’s take one of your songs, ‘Rory’ for example and examine it under our musical microscope …What’s it all about ?

FIONA : erm…well its actually quite a sad song. It’s about the ending of a relationship when you realise that the things that held you together are falling apart and the distance between you is growing. How someone who used to seem to make so much sense to you no longer does. Hmmmph.

FIONA : Ha! This is quite easy actually; back when I was a solo musician I was asked to play a murder ballad covers night. Now, I am terrible at covers and back in those days was still a very nervous live performer, let’s just say I had to restart “Janie’s Got A Gun” by Aerosmith three times. All of this is embarrassing.

VP: On this blog we loathe the X Factor with a passion that borders on ‘pathological’ ? Are there any circumstances you’d consider appearing on an X-Factor style TV show other than to slap Simon Cowell‘s smug face with a cream covered kipper.

FIONA : Only if I could have backing dancers, stages outfits and sing exclusively songs from the INXS back catalogue.

VP: Which song do you most wish you’d written?

FIONA : Delgados “Pull The Wires From The Wall” or AnnePeebles, “Troubles Heartaches and Sadness”. Or maybe Jim O’Rourke “Ghost Ship In A Storm”. Cripes there are so many songs. Finally “Wichita Lineman” Aaargh I must stop.

VP: If you could describe your songs in five words, what five words would they be ?

FIONA : The insides of my head .

3 thoughts on ““Inside My Head”- Fiona Sally Miller Interview”