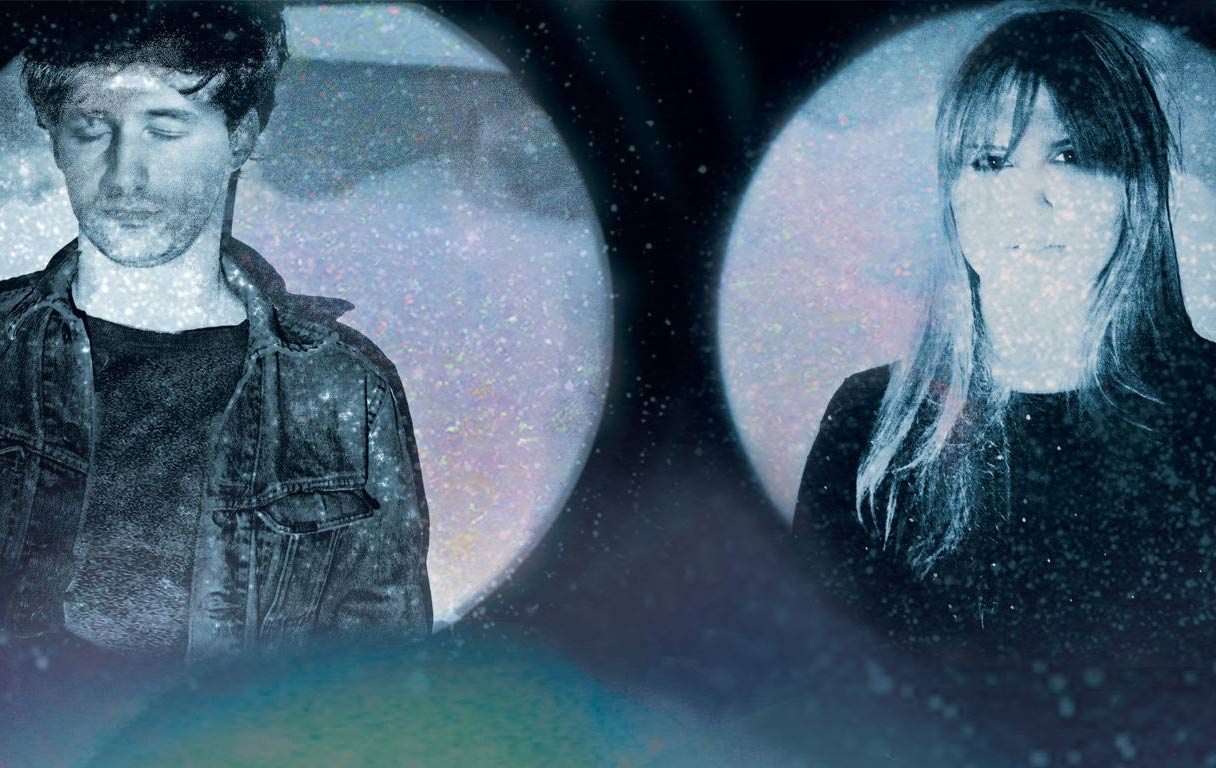 COVES, who hail from Leamington Spa are a duo comprising of John Rigard and Beck Wood.  They met via the local music scene, sharing a love of great music and  a penchant for stylish attire. After being snapped up by former Rough Trade guru James Endeacott (Oh Mercy! Management), – who also discovered the Libertines and the View – John and Beck were quickly signed to Cross Keys Records. Producing dirty fuzzy riff laden tunes, COVES are reminiscent in parts of The Kills with hints of Primal Scream, yet, what sets them apart is their on-stage chemistry which mesmerises their audience as they derail and then mash up the vintage psychedelic sounds that  inspire them.

Live COVES are one of the best new acts out there and you’d be hard pressed to find an excuse not to lose your shit by the end of the set. On record, the band are cutting their teeth and attempting to harness their raw power and energy amongst the glossy grooves of 7” vinyl, which can be a tricky venture for even the most experienced of acts.

After recently attending their Cast A Shadow EP Launch we recently caught up with Warwickshire duo COVES, who kindly gave their the time to talk to us about blagging a support with Echo & The Bunnymen, KFC and who the best dressed girl is in Leamington Spa is…

VPME : With the ‘Cast A Shadow EP’ already making waves – Manchester’s Famous Picadilly Records named it their record of the week – how does it feel getting acclaim for your hard work?

VPME : What did you guys enjoy about the EP launch night and how did it feel in relation to previous gigs?

Beck – We were celebrating our first release. It felt like more of a party and we played our favourite gig to date that night… Lots of love in the room!

So, before any releases you’d already supported Echo & The Bunnymen. How did that gig come about and how did it compare to the gigs you’re now embarking on?

John – They were playing at a music venue we work for, we were fans, so we blagged support for that gig. Ian and Will had to approve it first and it turned out they were really into it and asked us to join them on the European dates. They were some of our first shows so it did mean we started of playing huge stages before embarking on the toilet venue. We went from the Paradiso in Amsterdam in front of 1800 people to 50 people at the Labour Club in Northampton in 48 hours.

VPME :With an upcoming date in London at the end of June and more live dates on the horizon; what is it you consider when booking future gigs?

John – Is it gonna be worth packing down the equipment?

VPME :What is your rehearsal process/preparation for live performances, and how do you ensure you translate the studio sound to the stage without losing the initial integrity of the songs?

Both – Just like the Colonels secret KFC recipe…we cant give that away.

VPME :What inspires you to get into the studio and record and what influenced  the current EP?

John – I now live in my studio so I got nowhere else to go. Also, If I don’t impress Beck by doing something better than the last she will lash out…she can be very violent

VPME :Cross Keys seem like a really true indie label and they’re passionate about the music they put out, how do you find it working with these guys?

Beck – We LOVE CROSS KEYS. They are the nicest guys and put so much effort into their label. We love the fact that they are passionate about vinyl too. Its great to meet people that are so enthusiastic and not jaded but the current state of this ‘n’ that, just super excitable about finding new music. Big big music fans.

VPME : Where did the name come from?

John – Old fashioned word for Friends or Fellows, it just kind of suited us we thought…also Wendy Roby for drowned on Sound uses it all the time in her singles column and I have a long standing crush on her

VPME : Where did you guys meet?

Beck – Leamington Spa has about 39 people living in it so we were bound to meet…mutual friends I suppose….

John – I always used to see Beck walking in town…always the best dressed girl in Leamington, (based on the population size that’s not a huge compliment)

VPME :Who are your musical influences?

John – Everything, from all the 60’s soul/garage/psychedelic nuggets type stuff my dad used to listen to, Joe Meek, Phil Spector, American grungy college rock, early 90s British indie to today’s awesome crop…I love the way the industry is at the moment, it seems that as no bands are earning any money from there record sales so they are not as eager to fit in and please. People are making all sorts of stuff, there’s no scene, you seem to be able to bring what you want to the table and people will give it a listen. Loads of awesome bands/artists around at the moment.

Beck – John is my influence.

John – (having a moment)

VPME : Finally, What next for COVES?

John – We are just constantly writing and recording and improving the live show…the ace people around us make the plans…we will just do what we are told like good children.

COVES’ Cast A Shadow EP is out now on CROSS KEYS records and available for download here http://crosskeysrecords.bandcamp.com/album/cast-a-shadow-ep