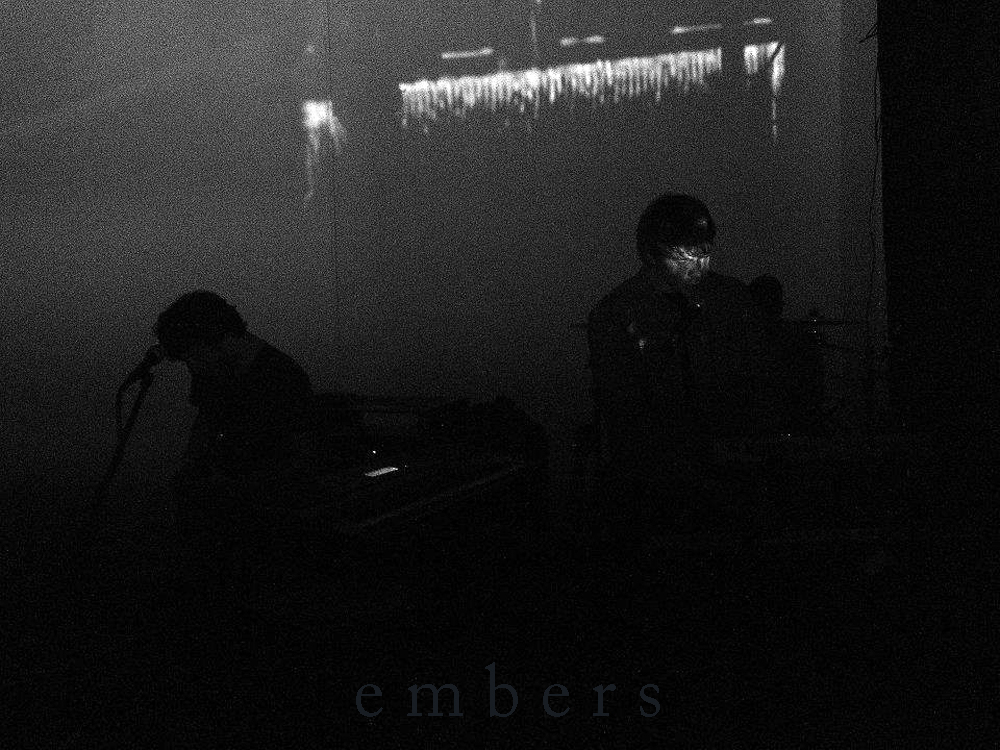 The focus on Manchester’s music scene recently has seen many banging the dusty old drum of  a band who made one reasonable album and sang“ The past was yours. But the future’s mine.”  A fact which for some reason, we find a little depressing. Wouldn’t it be a novelty if  band actually split up and meant it ?? Just once ? We have nothing against reunions per-se, if it makes people happy and makes the band some cash, great, but we do feel it’s starting to reach saturation point.

And so onto Manchester’s current scene which is in a state of rude musical health with an incredibly diverse range of music emanating from the city.  From ‘acid skiffle’ to ‘murder dinner jazz,’ from Swiss Lips to PINS to ‘mumble-funk’  it would appear that all musical tastes are being catered for. And the good news is, Manchester’s emergent bands aren’t populated by mono-browed simian siblings, nor do any of them appear to adopt the strutting gait of a chimp with a nappy full of porridge.

A band who’ve recently fanned the flames of our attention is Embers, they play music that is so dark, so brooding, of such intensity it feels almost like a tangible force. It’s a sound  full of widescreen cinematic, empire levelling drama, but there’s something within that darkness that reaches out and grabs your soul. After all, relentlessly happy, upbeat music, often induces emotions that are the complete opposite of what was originally  intended. Not unlike the “hilarious” office joker who greets you every single fucking morning with “Good Moan-ing,” rather than lifting your mood, it makes you want to chew on broken glass. Or repeatedly smash him in his stupid gurning face with a stapler.

Embers have only played a handful of gigs so far, and we caught them live recently, in a weird basement venue that could well have been designed by Fred West Builders Inc. and which quite possibley would have given Josef Fritzel nightmares , but despite them apparently not being able to hear their instruments they gave a suitably epic performance . There’s still very little information about the band on line, in fact even the photo they sent us to accompany this article somewhat resembles a black cat in a coal cellar. And so, to go some way to remedying this lack of information, we spoke with Steven their guitarist, to shine some light on all things  Embers. Given that their facebook page simply states ” Embers are a band consisting of four people -we write music we like” the following interview could well be the most informative piece on the band thus far ;)

VP:  How long have Embers been together and how did you meet ?

STEVEN: We formed around a year ago, released our first few demos in November and then just under two months ago we played our first gig. Three of us (Steven, George and Will) knew each other already. We decided to write some music together which led us on a slightly tiring, but ultimately successful, search for someone who could hit things very hard, and very fast – this lead us to Nathan, our drummer. He joined us three and we took it from there.

VP:  Did you have an idea of how you saw your overall sound as a band, or did it kind of develop as your ideas and influences fused together?

STEVEN: A little bit of both. We always had the idea of trying to fuse the ‘cinematic’ with the more typically structured song-lead approach, however we’ve definitely found that we’re at our most creative when we try and just let our instincts take control. We just want to create something interesting, ambitious and expansive. We’re still very much in development as a band, and new ideas are always forming – sometimes with drastically different moods and feels compared to our other songs – we enjoy this though, and actively encourage it as we don’t ever want to get too bogged down in preconceived ideas as it’d just limit us and our potential.

VP:  We caught you at Dot To Dot In Manchester was that your oddest gig to date ?

STEVEN: Ha. Yes – without a doubt. Having amps facing away from us (I personally had no idea if I was making any sound at all), mixed with a bizarre two-tiered stage scenario, and then being confronted by a huge stone wall directly opposite us which proceeded to throw all the sound back in our faces, making clarity almost impossible, lead to a very surreal gigging experience. We enjoyed it though! It’s not every day you get to play in a room that I’m pretty certain even the venue’s owners didn’t know existed.

VP:  Given that your music is epic, dark and brooding people may get the impression that you read Kafka for the laughs in your spare time, anything you’d like to say to dispel that myth ?

STEVEN: Fortunately Kafka’s work isn’t something we frequently delve into. Possibly for the best – our rehearsal room, and as a result our music, is dark, claustrophobic and mildly schizophrenic enough as it is. If we added his influence to the mix we’d probably lose our sanity and disappear forever, never been to seen again. We’re too young for that.

VP:  Leading on from that what sort of bands have you been influenced by ? Do you have similar tastes or do you all have your own individual passions?

STEVEN: There’s definitely a common theme that runs through our tastes – for example we all appreciate the brilliance of bands such as Arcade Fire and Sigur Ros (who doesn’t?), and we’re all very much in love with the work of people like Brian Eno, and even composers like John Murphy, but I’d definitely say we all have our own tastes. It ranges wildly from the simpler, more melodic pop music end of the musical spectrum, right through to some considerably heavier and more experimental stuff. What we often find though is that we all find ourselves appreciating the same aspects of different genres, and more often than not, it tends to be the noisier qualities of said genres that piques our interest. We all enjoy anything dramatic, grandiose and powerful – anything that simply forces you to listen through its sheer ambition and persistence. This is what we love. Noise, and lots of it, basically.

VP:  Manchester seems to producing some great new bands again, yourselves , PINS and Swiss Lips to name but three, yet you are all very different, Is there a particular scene in Manchester or is it just a case of doing your own thing? How supportive is the local music scene ?

STEVEN: Manchester’s in a great place musically at the moment. It feels exciting. There’s definitely a sense of things happening, and it’s a good place to be in a band. Though, bearing that in mind I wouldn’t personally say that we’re attached to any scene; and Shinies aside, who we know and love, we’re not particularly close to many of the other bands. We’re content with this though – we do know many of them, and when we do speak to them we get on well, but they are very much doing their own thing and this in itself is exciting as it produces bands with quite unique and distinct sounds. It’s rare that you’d find so many bands from the same area, often quite literally practising yards away from each other, that all sound so different. It’s a good environment to be in and it seems to be getting better with every passing week – It feels, to us anyway, that all the other bands just spur each other on really. There’s some very healthy competition in Manchester at the moment and the bar is consistently being raised higher and higher by every new band that appears and this is definitely forcing all of the other bands, us included, to up our games, which is no bad thing at all.

VP:  Future plans ? Did I hear you are currently working on an EP ? What’s the plan for the rest of the year ?

STEVEN: Well we intend to get some more shows under our belt and also continue to work on new songs, perfecting and honing them. Further to that we have an ever increasing list of plans that we intend to put in place over the coming months, with the first one being to record some new material. Following this we intend to put out our first official release some time very soon, with hopefully something being announced inside the next month or so. We also have some other potentially very exciting and quite ambitious plans that we’re working towards over the next couple of months that should make for an interesting September/October.

VP: What do you think are the major obstacles facing a new band when they first start out ?

STEVEN: Probably the fact that there are so many others new bands around. The internet, as wonderful as it is, has seemingly resulted in an almost never-ending stream of new music. More music is obviously a great thing – however as a result it’s become harder for bands to leave a lasting impression as waning attention spans, and the constant need for the new, has meant that it often feels like most bands only really ever get a couple of listens, if that, these days as they attempt to win people over and resist being forgotten about and placed on the scrap heap along with the other one hundred and ten thousand buzz bands from the previous week. You have to be almost perfect immediately, and that isn’t easy.

VP:   Any new bands from Manchester we should keep our ears out for?

STEVEN: If you’ve not heard of Money, listen, as they’re great. As are Shinies. We recently played with Emperor Zero too and they were suitably energetic. There’s also a very new band called Bernard and Edith, a friend of ours, who is producing some delightfully dreamy pop music. ‘Wurds; in particular is haunting in its simplicity.

VP: Five words to describe Embers sound would be ?