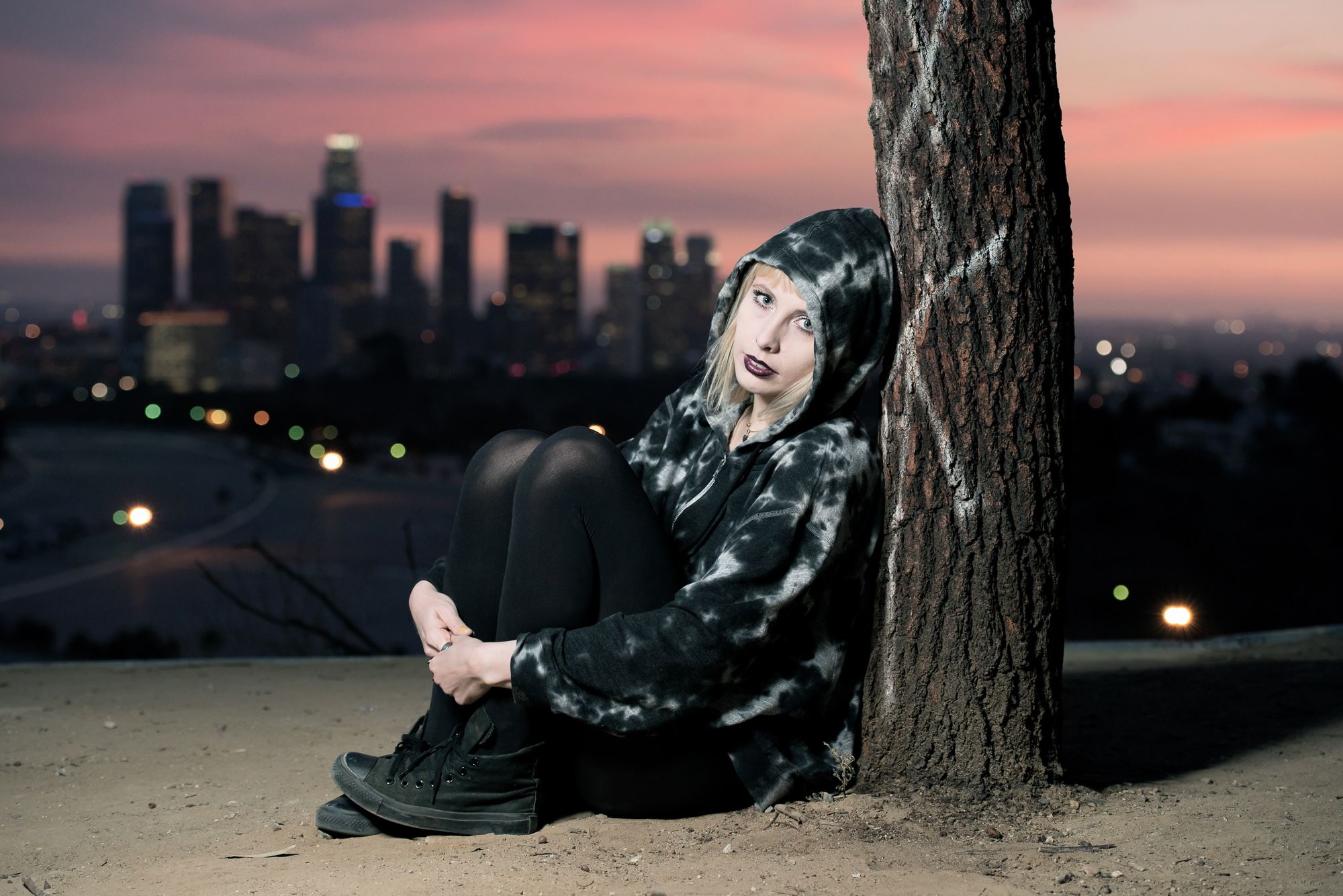 A few weeks back we featured Danish singer songwriter Majken after being hugely impressed by her début EP ‘Deronda Hotel’ we described her music thus ‘Deronda Hotel‘contains six tracks which serve to highlight Majken’s keen ear for melody and ability to address the darker side of life.  The early lo fi shimmer of Dum Dum Girls and the quirky dark pop sensibility of Lykke Li are in evidence on tracks such as the effervescent surf pop of ‘Dreaming of Franco’ and the hazy guitar jangle of ‘Fainted Love.’ But there’s also a dark atmosphere of foreboding on tunes such as ‘You And I’ which is reminiscent of Throwing Muses, and the ghostly ‘Madness.’

But that’s enough from us; let’s hear what the lady herself has to say.

VP:   Hi Majken,   So you’re originally from Copenhagen, and are now resident in LA.  How long have you been in the USA, what prompted the move … and as a European was it a huge culture shock moving to the States?

Majken:   Freedom, adventure, creativity and palm trees prompted the move I think!! I kinda just had to go on this journey.. LA is my creative cave but I still travel so much and consider myself having two homes. And no not really any significant culture shock for me because I kinda take things in in my own doses and I always try to look at it as the best of two worlds.

VP:   You’ve said your EP ‘Deronda Hotel’ was written whilst ‘curing a broken heart’ so would you say the song on the EP are autobiographical. A lot of artists say the produce better or more inserting work when miserable. What inspires you to write?

Majken:   Yeah the songs are definitely autobiographical!! Dreams inspire me like crazy (both the ones asleep and awake)!! And nature – especially for this EP. I lived in a house tucked away in the hills with wild animal life outside and these amazing sunsets and just a cool rawness that was both super fascinating and scary to me.  Falling in love and all the craziness that comes with that and yeah fears and struggles – yikes!!

VP: You studied dance originally, was that from school age?  Do you think being able to dance helps you kind of tune into rhythm when writing your own music and also there appears to be a YouTube video of you dancing with Beth Jeans Houghton ??  What’s going on there?

Majken:   I studied dance from I was 5 it was my freedom growing up!! And yeah definitely.. I’m a rhythm and “melody” kinda person if you can say that!!? I love drums and percussions – it drives me. – haha and yes there is such video out there somewhere!! Beth and I did that on my birthday in LA last year. It was her gift to me and it was quite awesome!! Just a super spontaneous and fun day!! We’ve had some weird dance adventures.

VP: What sort of bands and artists have inspired you and really made you want to write and perform your own material?

Majken:   Lykke Li and Velvet Underground first and foremost.. and Pink Floyd, The Raveonettes, Bat for Lashes, The Cure.. Argh many.. I listen to both a lot of old and new artists.. The past couple weeks I’ve been in that dreamy melancholy mood and listened to The xx a lot and before that I just went through a Simon and Garfunkel phase..

VP:    When you perform live do have a full band?

Majken:   Yes Jason Ganberg, Owen Berry and Justin Smolian have been backing me up for my live shows, we met through friends/artists.. They rock!!

VP:    You’ve also played with Tropical Nirvana and Magic Wands (as a dancing percussionist) …how did that situation come about ?

Majken:   Tropical Nirvana is Antoine Debarge – a French singer songwriter and a close friend of mine who taught me a lot with music. It was all random.. Like ( he said) “I have a show in two days. Tonight we’ll go to a party and play a song if you get it right I’ll let you play with me..” I got it right and we did our thing!! Magic Wands was a lil different – Dexy Valentine and I just wanted to have fun and she invited me to join them on stage with different shakers and my dance moves it was fun!!

VP:    So the EP’s out, its getting a great reaction. What are your musical plans for this year ?

VP:    And following on what would be the one musical ambition you’d like to fulfil this year ?

#Majken:   That is very personal to me. but it’s all happening!!

VP:    If you were banished to a desert island and could take only 1. one album b. one single  and c. one book …what would they be and why

Majken:   Dang !  A: The Wall. just cause I’m obsessed with Pink Floyd and that album was the first of theirs I really digged into.. B: “California” by Delta Spirit, that song just have a special meaning to me and always drives me. Delta Spirit was actually the first band I saw live in LA when I had just moved like five years ago.. C: My notebook so I can write – I have it with me everywhere.

VP:    And finally describe your ethos in just five words 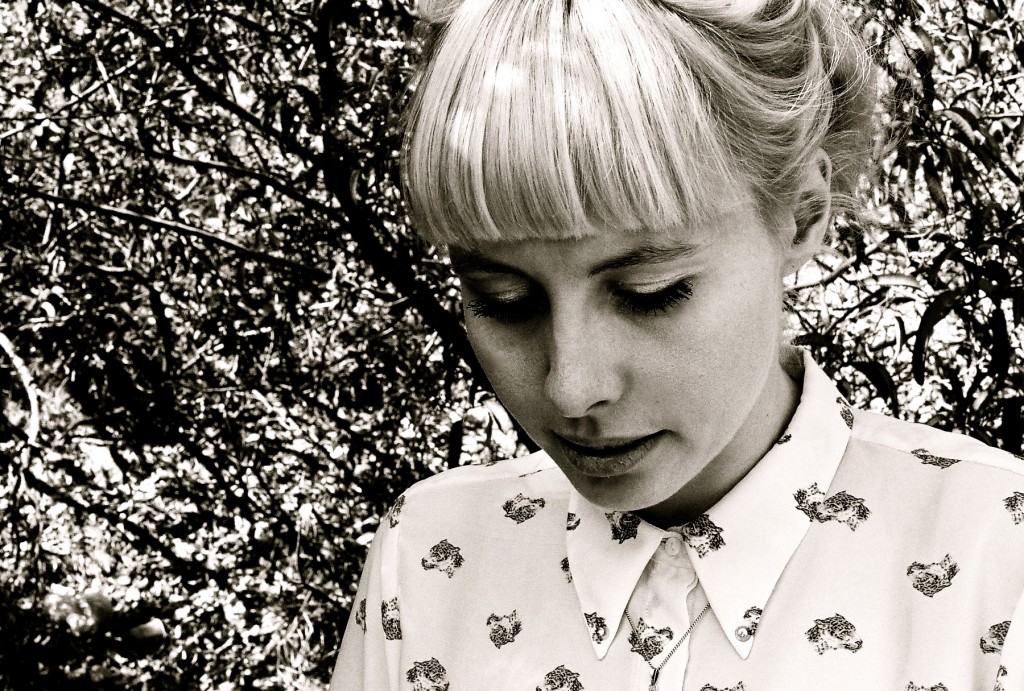