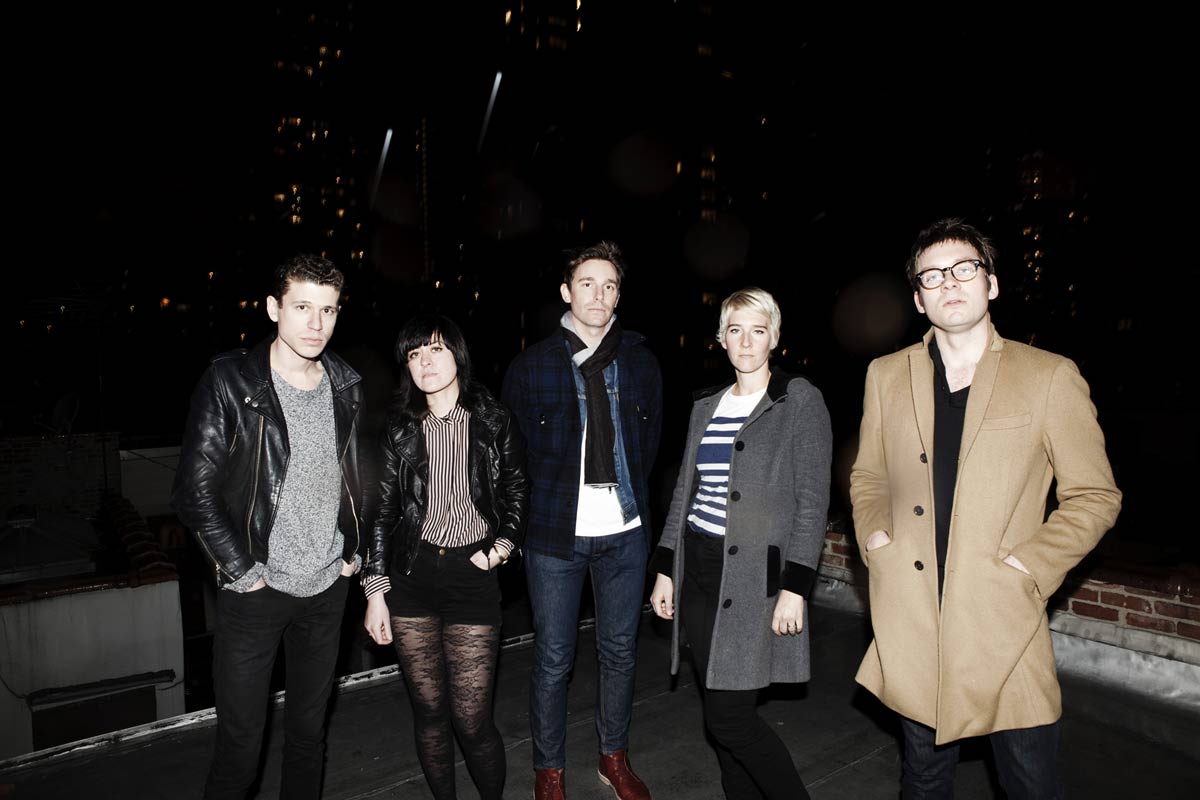 Earlier this month we went searching the Thames for Crocodiles after a spate of sightings and rumours circulate on the Sexbeat page that there would be a gathering of the prehistoric beasts on June 7th. Well, we totally misunderstood the press and instead found ourselves boarding The Royal Princess cruise liner for five of the best hours we’ve had this year with San Diego Indie/Noise-Pop quintet, Crocodiles.

Initially starting off as a duo, Brandon Welchez and Charles Rowland signed to Fat Possum Records and released debut album Summer of Hate in 2009, which saw the two drawing close comparisons to The Jesus & Mary Chain and Spacemen 3. They quickly followed their debut up with sophomore album Sleep Forever, which saw Welchez and Rowland evolve their sound with the hand of James Ford (Simian Mobile Disco). Laden with influences form  Manchester and Krautrock the album was seen as an improvement on their debut as Crocodiles continued to make a name for themselves.

Two years on, Crocodiles and expanded into a five-piece and things have changed, and for the better it seems. Brandon married Dum Dum Girl Dee-Dee and swapped San Diego for New York. Welchez and Rowland joined forces with concert bassist Marco Gonzalez and released a book of poetry called Machine Gun Brothers, which they exclusively toured in 2011. After being dropped from their label Fat Possum, Souterrain Transmissions saw the opportunity to add another buzz-band to their already well-strung bow – as the label is home to bands such as Doldrums, Ramona Falls and Zola Jesus. With a new label supporting the band, Crocodiles absconded to Berlin and recorded their third LP Endless Flowers, an album that is a glittering return to their earlier Noise-Pop with definitive sense of accomplishment.

So after the cruise of a lifetime, we managed to grab a few moments with Brandon and get some insight into the recording of their latest LP and current tour.

VPME: Firstly, great show on the boat, it marked the 35th anniversary of the Sex Pistols boat party. Malcolm McLaren – inspired by the French Situationists – knew the importance of creating a spectacle. What was it that inspired you guys (& Gals) – Crocodiles – to do a boat party to launch the latest LP?

Brandon:  It wasn’t our idea actually. Sex Beat, the record label, was celebrating their anniversary (we were their first release) and they hatched the plan. It was such a fun night!

VPME: From the night on the boat to your next upcoming date, what have been the stand out moments, whether this was onstage or whilst on tour?

Brandon : We’ve had tons of memorable highs and lows. Some highs were Marco’s birthday party on stage in Paris in 2011 and a Parisian stage invasion last time we played a few weeks ago. Another high was doing an in-store at Rough Trade a few years ago and seeing Dan Treacy of Television Personalities, a hero of ours, singing along and then accompanying us to a radio show afterwards.

VPME:  Since Summer Of Hate and Sleep Forever, how do you guys feel the sound has evolved?

Brandon : I think we’re more polished as songwriters but I don’t really know. It’s hard to objectively look at ourselves.

VPME: What was the inspiration behind the creation and evolution of the new record?

Brandon :We were definitely interested in exploring the more pop side of our interests and letting some of our more literary inspirations shine. Lyrically, we were inspired a lot by Richard Brautigan, the French symbolists, Mayakovsky, Anne Sexton, people like that. Musically, it was all over the board – Sonic Youth, La Dusseldorf, The Archies, Gary Glitter. All sorts of stuff.

VPME:  James Ford helped produce the Sleep Forever, yet this album you move into producing this album yourself, how did that compare with previous productions and what were the driving forces behind that decision?

Brandon :We would have worked with James again but our schedules didn’t sync up. The idea of self-production seemed like a fun challenge and a way to say “fuck you” to critics who suggested Sleep Forever was an improvement on Summer Of Hate only because of James involvement. We also saved a lot of money doing it ourselves.

VPME:  So, am I right in believing that all the background and ambience in Endless Flowers was you guys recording sounds in and around Berlin? Why was it important to you guys getting the vibe of the city you recorded in?

Brandon :Yes, that is correct. It’s only on “You Are Forgiven” that you actually hear the streets of Berlin. We were practicing the song in the kitchen at the studio and the windows were open and the church bells started and they were in the same time and key as the song. It was too serendipitous and perfect to not record it and put it in. We scrambled to set up some mics hanging out the window before the bells stopped tolling. As for the other studio ambiance on the recording, when we were mixing we just chose to leave in some of the talking and horsing around that happened immediately before and after the songs, stuff we usually edit out.

VPME: What are your fondest memories from Berlin whilst recording the album?

Brandon :Hanging out in Gorlitzer Park, smoking weed and talking music and poetry.

VPME: After the launch of 2010’s Sleep Forever you toured the European festival circuit quite heavily, will you do more of the same? How integral and why is it so important for Crocodiles to be a touring band?

Brandon :Touring is how we feed ourselves. Also, playing live is a cathartic thing, we feel healthier as people for it. We don’t have much festival action this summer because we blew our festival load last summer. Lots of these fests won’t have bands two years in a row.

VPME: What comparisons/differences do you see between audiences in the UK, Europe and US?

Brandon :American and British audiences are less excitable and have more of an “impress me” attitude than some other countries. We love playing France, Italy and Mexico the best.

VPME: What’s next for the Crocs ?


Brandon :We’re finishing a tour in the States and trying to plan a Europe tour for September, though the finances are making it look like it might not happen. We have a US tour again in late September and October and then are coming back to Europe in November. Our first Japanese tour is this year too!

VPME: Finally, Sum up Crocodiles in five words for us?