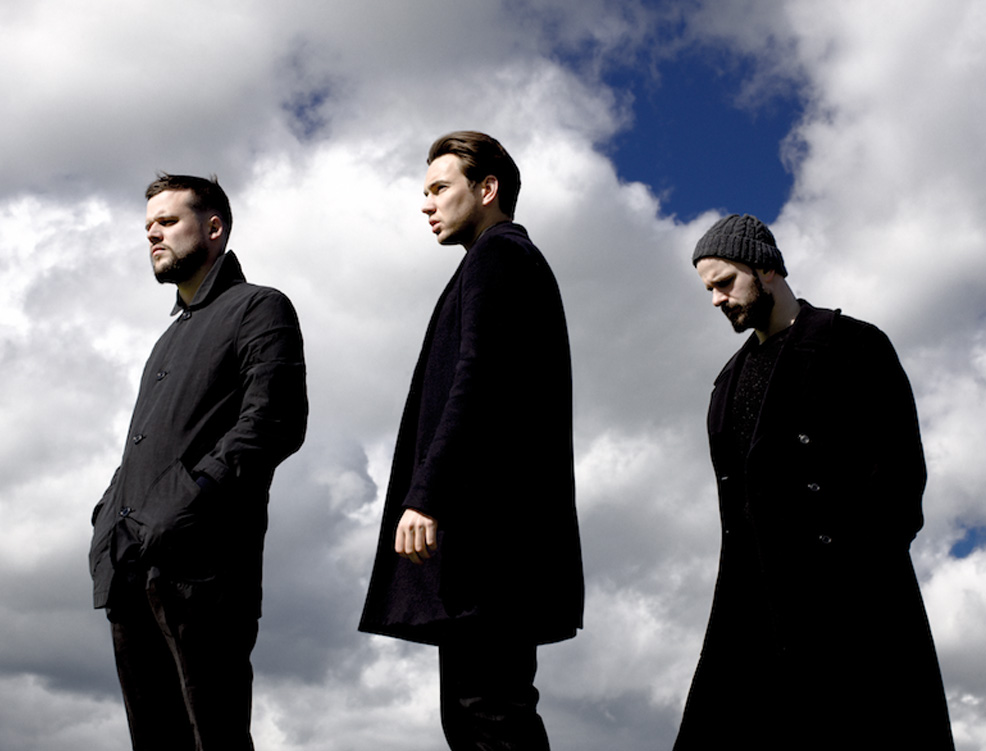 As part of our Liverpool Sound City previews, White Lies are given the thumbscrew treatment in order to extract …  the truth

Indie rock, post-punk, 80s synth with sonic references to Tears for Fears, Joy Division and Interpol are all accurate signposts to the almost ten year strong sound of White Lies.  But the need to help you hear them off the page belies the truth of the real experience.  Their songs own a dark anthemic drama that could score the most possessing of cinematic narrative arcs.  Once you’ve heard them, you’re entered into their world.  The only way to feel it for real is to see them live.  Ahead of their set at Liverpool Sound City on May 28th Susie Bennett caught up with drummer Jack Lawrence-Brown to talk lies, recording their latest album Friends at Bryan Ferry’s studio, and the unmistakable passion of Liverpool women who perhaps sometimes love more than just their music.

Is lying ever acceptable?  Tell us one true, and one false statement that you wish was true about yourselves…

False statement I wish was true: I am so cool that I no longer care about chart position or sales.

Are you looking forward to playing Liverpool?  What do you like most about the city and its audience?  Do you have any good memories of playing here before?

Very much looking forward to coming back to Liverpool. We hadn’t played in Liverpool in donkey’s years before the show at the Academy on the “Friends” tour last November, and it made us feel very foolish, as it was genuinely one of our absolute favourite shows on that run. No idea why we left it so long but we immediately agreed afterwards that we wouldn’t leave it like that again. I am a big fan of the city in general. The Ship and Mitre pub is a favourite of ours. The mushrooms on toast at Bold Street Coffee. The houses in the Georgian Quarter. Jurgen and boys.  A stand out memory has to be when we played in Liverpool on the first album, perhaps even as part of Sound City, and in a lull between songs a particularly enthusiastic young lady demanded, at high volume that Harry “GET YOUR COCK OUT!!!!!!”. Thankfully, he did not oblige.

Loads of good stuff on the bill. Pumarosa are great. OBVIOUSLY the Human League. And a good friend of mine John Joseph Brill I know to be performing at some sort of aftershow somewhere in the city too on one evening, and I highly recommend you go and find him wherever he may be. He’s excellent and has just released a very good E.P.

You have left your previous record label and recorded your album Friends at Bryan Ferry’s London studio.  What difference did it make creatively for you to self-produce?

Well it was great to not have much time pressure in terms of writing the album. We still had constraints about how long we could afford to spend in Bryan’s studio. But I think a bit of pressure is a good thing, it makes you focus on the job at hand – namely trying to make a great album – and it also forces you to make a few snap decisions along the way. In general, it just felt like the right moment for us to produce a record for ourselves. We have learnt a good deal about using studios now over the process of making the first 3 albums and we felt pretty confident we could all make a record we would happily stand behind with Friends, as we already had demoed most of the tracks to a good standard. We also surrounded ourselves with people to help us so in actual fact it was more like executive producing. We flew in a great engineer from New York called James Brown (lol) and he recorded everything for us to a fantastic standard. We also worked with David Wrench mixing the record and that was the first time we have sat in on that entire process, which was something we really enjoyed being involved in. Ed Buller – who produced To Lose My Life and BIG TV, came down to the studio for a couple of days to help with some synth stuff.

What advice would you give to bands that don’t have an established audience (as with White Lies) to become successful independent artists?

I think in this day and age so much rides on how you work as a live act. Before we released our first album we got ourselves out to Europe and toured around in the back of a van for a fair few months, building a strong following over there. We have just come back from The Netherlands where we did 4 sold out shows to crowds between 1500 and 2000 a night. All the work we did in places like that in the early days has served us so well a full 9 years later. It’s great to be successful in your home country, but it’s even better to have a bit of a following spread around the world.

You’ve said you first started the band when you were 16 because the girls you hung around with realised they could get into bars and deserted you – and this was a good way to meet more girls.  This album seems to have come at a time when you’re moving onto a new stage in life.  What aspects of the human condition do you struggle with as you approach your 30s – are you writing about different things?

We are writing about different things for sure, but that is the case with each of our records. It is unlikely anyone goes through a few years and still wants to talk about the same things or play the same songs or wear the same clothes. I personally have found as I approach 30 my tolerance for big drinking sessions is sadly diminished. Not entirely, just need to space them out a bit more. Beyond that, I kind of feel like my best years are still ahead, both as a person and with White Lies. We feel like we have progressed and revived ourselves over the course of this album campaign and we are energised to work on something new and exciting after that.

Who or what influences you today?  If you could set up your own dream gig which other bands would White Lies play alongside?

The Talking Heads were one of the original bands that really brought us together. Alex Cameron supported us on some of our last tours, and he’s a star so he would be in there for sure. We are playing British Summertime Festival this year too, sharing a bill with Tears for Fears and they’re another band we have constantly been inspired by over the years. And having worked in Bryan Ferry’s studio, I think it would be safe to say, Roxy Music in their prime would have been a band we would love to have seen play.

You were using Roxy Music’s synths during the recordings of Friends and the songs have a strong 80s vibe.  Are they influenced by the 80s?  What are your favourite things from the era?  What do you think the attraction to that time is?

We have always been connected to a quite synth-heavy “80’s sound” whatever that may be. We do love a lot of the production from that decade. It was pretty excessive in general but it did mean musicians were pushing boundaries and there was just a huge amount of time and effort and creativity poured into records. Much more so than now, where records can literally be recorded and released from a bedroom. There is something great about being able to do that, but at the same time, it can be limiting. The 80’s encouraged pushing boundaries and wasting major label money. Artistic and provocative people were given funding to do mad things basically, and a huge amount of it still resonates through music now. 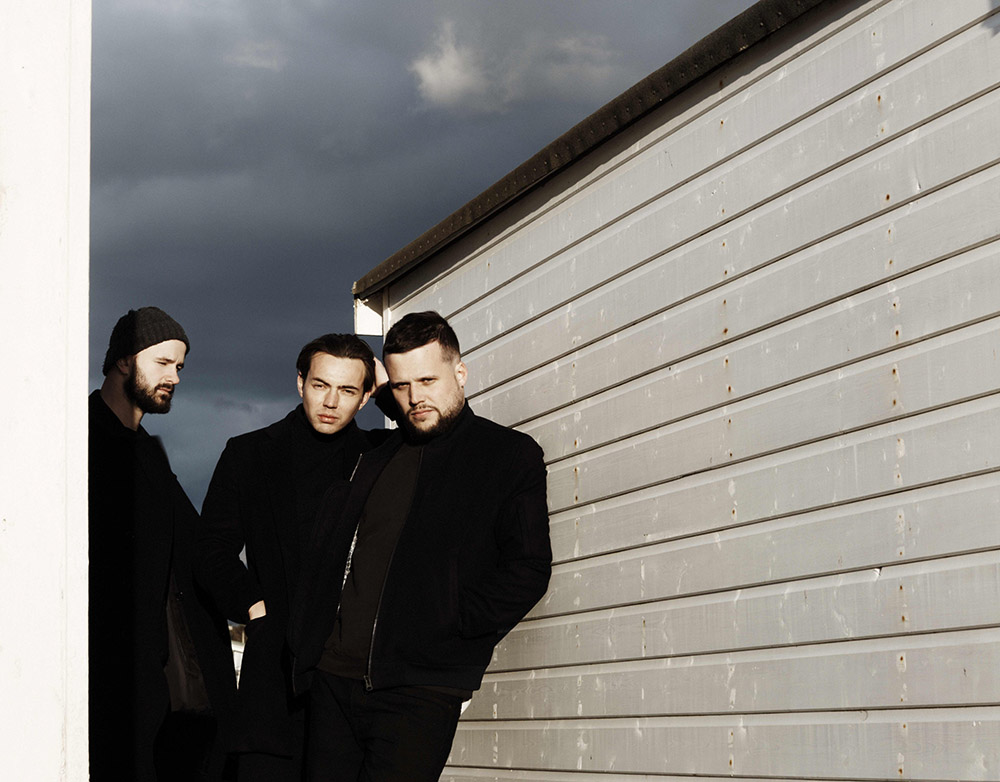