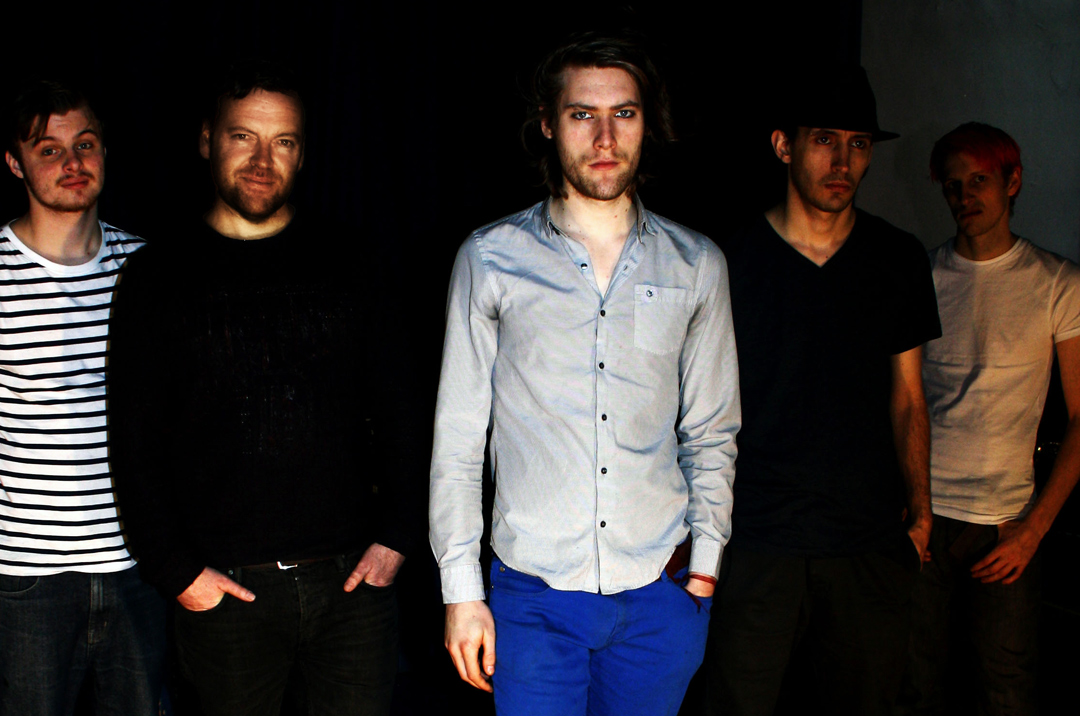 The Waves of Fury are a five piece from Somerset with a penchant for taking classic Rn’B influences and atomising them through a filter of mangled guitar distortion whilst at the same time blending them with rich soaring brass riffs ala The Memphis Horns.  The result is “Thirst“ a début album that deserves to be on every single one of the soon to be ubiquitous ‘best of” lists of 2012.

To call it “Psychocandy” with horns may be something of an overstatement, but it certainly contains the same explosive incendiary combination of noise, melody, and classic pop hooks proving that like the Reid brothers, these guys certainly know their musical history.  If you’ve ever pondered what Joe Strummer might have sounded like had he spent his formative years at Wigan Casino, then tracks such as ‘Death Of A Vampire’ and ‘Businessman’s Guide To Witchcraft’ may provide at least some clue.  Carter Sharp’s abrasive vocal which at times veers from Strummer’s rebel yell to Iggy’s leering croon right through to Mark E Smith gargling razor blades somehow manages to make this fusion of styles even more potent, never more so than when he adopts a demented howling yelp on the likes of tracks such as ‘The Killer Inside Me.’

Elsewhere on the album, the distorted soul stomp of ‘I Don’t Know What To Make Of Your Fucked Up Friends’ and ‘These Things I Leave You’ conjure up Bobby Gillespie at his mojo shaking soul boy preachin’ best!  Nevertheless, despite these points of reference The Waves Of Fury manage to produce a sound that is quite unique when compared to the tsunami of whimpering, castrated angular art pop which has become the staple of middle class gap year DIY hobbyists.  There’s not even the suggestion of filler on an album that is already ticking all the “potential classic” boxes.  ‘Pretender Soul’ recalls the soulful often overlooked tender side of the JAMC whilst the final track ‘Viodrene’, a song about the shallow nature of celebrity culture, narcissistic middle aged movie stars with preternaturally beautiful hair, broken homes, and erectile dysfunction is a fittingly “uplifting end” ;) to an album that never flags from start to finish.

VP: Ok, so we’ll kick off the now traditional “how did the idea for the band come about and how did you get together?” question

CARTER: The idea of the band weirdly came about when I first heard Glasvegas.  It sounded so different to everything at the time.  It reminded me of the old Everly Brothers records my mum used to play, but it seemed to make sense and stand out against all the other angular music that was around then.  This also coincided with someone playing me the stems to ‘Heard It Through The Grapevine’.  8 tracks, no reverbs or mastering, just amazing, pure genius.  So these two things kind of aligned and making R&B music fused with guitar noise seemed like the only thing to do.

VP:  We are intrigued by band names, there certainly seems to be an angry energy in terms of your vocal delivery and your lyrics, would that maybe be why you went for the name  Waves of Fury?

CARTER: I’m hopeless with timelines so can’t remember what came first, the sound or the band name.  It was actually suggested by a six-year old kid, not my thinking at all!  I like the fact the creation of the name was kind of out of our control.  It makes it feel less contrived.

VP:  You’ve been described as sounding like Joe Strummer by way of  Iggy Pop fused with a Motown Mary Chain vibe and you have a quite epic  horn section, which let’s face it is unusual for an indie guitar band.  However, you’ve managed to make an album that sounds like nothing else around one that sounds both angry yet one you can dance to.  Was it your intention to do something completely different, not follow the generic troubled troubadour route?

CARTER: Exactly!  I figured we should treat this as the only chance to make a record.  So if it’s the only one (and you never know, it could well be!), then may as well try to make it sound different…  Your point about sounding angry and danceable hadn’t occurred to me.  I imagine people dancing with scowls on their faces, somewhat bizarre.  Vocally, I love people like Wilson Pickett who really shout a lot.  It was my fucked up version of musicians like that, but of course, I could never sing as beautifully as he did.  We’re ok with that.

VP: You apparently toured the southern part of the U.S. A. before recording the album, did this influence your song writing and help shape the album?  Any weird experiences on the tour?

CARTER: I briefly toured and played out in America.  Growing up in pretty dull, suburban London, as lots of kids do, reading about and watching stuff from America, it was all I wanted to do.  Lots of people we met seemed like parts in movies.  It’s great fun.  At one point, we ended up in New Orleans shacked up with a voodoo priest and his flatmate, who was a Cajun hunter.  And the whole experience definitely shaped the songs, that whole southern gothic thing, the voodoo, Catholicism.  Even as a totally lapsed Catholic, it’s hard to escape notions of superstition, guilt, sin etc.  America re-awakened that.

VP: And you also have an American label despite being from Somerset, how did that come about?

CARTER: Our first single was picked up by Artocker Radio, who have been really supportive for us.  Paul Artrocker gave the record to Patrick at Alive who offered us a deal and that was it.  They were the only label we spoke to, so we were incredibly lucky in not having to hawk it around everywhere, particularly being without a manager.  I immediately liked their attitude, artists and the fact they didn’t ask us to change a note of the record.

VP: You’ve manage to produce an epic horn sound that certainly shows the likes of Mark Ronson how it’s done,  is it difficult to re-produce the sound in a live setting ?

CARTER: It would be really hard to replicate entirely, some of the parts have five horns on them.  Typically live, we play with a sax and trumpet.  It’s the classic soul combination.  This gives us enough of the sound but keeps things agile.  But one day I’d love to play with a huge Sinatra style backing section, strings and everything, the lot!  Maybe the powder blue tux as well!

VP:  Back to the name Waves Of Fury, what’s likely to induce apoplectic rage in your good self?

CARTER: What makes me angry?  The establishment maaan!  Or more specifically, it’s the fact that the status quo doesn’t recognise itself as such anymore, and that’s annoying.  Even David Cameron likes The Smiths for fuck’s sake!  Actually it makes me laugh rather than get angry.  Physical cruelty is perhaps a better example of what makes me really angry!

VP: What’s the plan in terms of promoting the album?  Will there be a UK tour, and will you be heading stateside again?

CARTER: Yes, a UK tour being finalised for November/December.  Then we hope to be off to the States and back to do a European tour late February/early March.

VP: Given an unlimited budget or even a time machine, are there any artists or producers past or present you’d love to work with?

CARTER: I’d travel back to the early seventies to work with Sly Stone.  That would have been cool.  Especially when he kept that baboon and pit-bull in his studio 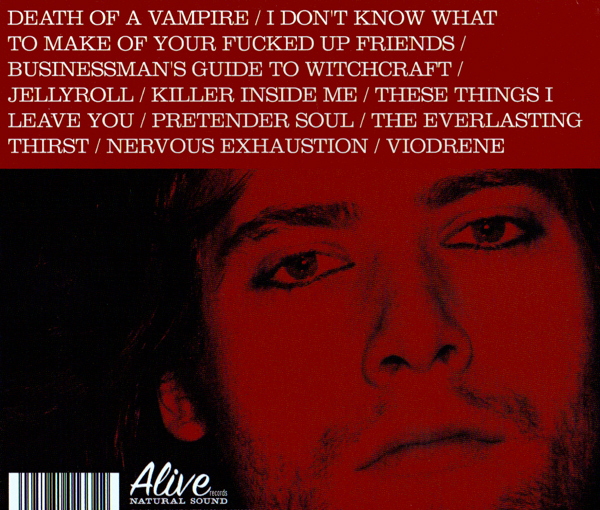