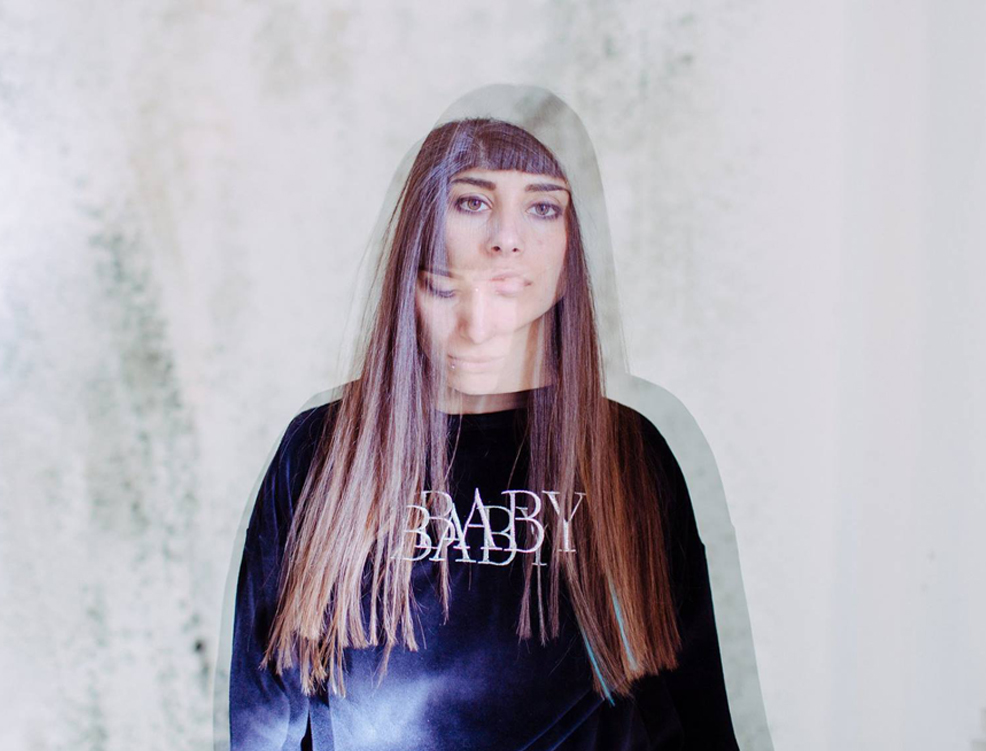 Electronic pop artist Nadine Carina’s new album ‘Never Been To Heaven’ was released a few weeks ago, with very little fanfare. So little in fact that it may have slipped under many people’s radars. Which would be a great shame because it’s an exceptional, sophisticated collection of songs.  It clearly highlights her continuing growth as a songwriter and experimental pop artist.

Her  first album, Magic Box, was released back in 2011 and melded traditional folk styling’s with what appeared to be a more experimental outlook. Her fabulous Where I Love Ep showcased her ability to write the sort of  retro 50s/60’s pop songs that Phil Spector certainly wouldn’t have sniffed at,  but Nadine was still fascinated with the possibilities that experimenting with electronic sounds afforded her. She began by looping the sounds of vintage toys, trying out an assortment of percussive instruments alongside electronic drum beats and mixing these with various field recordings

She’s fused all these influences and seemingly disparate elements perfectly on ‘Never Been To Heaven‘ – We’ve described her new music recently as having “the cinematic widescreen grandeur of Sigur Rós, the pop hooks of Chrvches but underpinned with a fragile grace and glacial beauty.” And her willingness to experiment, whilst producing something cohesive, emotionally engaging and accessible, is one of the factors that make her such an interesting artist

She’s recently been playing a series of UK dates, headlining and supporting Lapsley but will be back in Liverpool to perform as part of a stellar line-up when Stealing Sheep take over the Kazimier on 28th November  with their “Mythopoeia III: Legs” extravaganza (Tickets HERE.)  We had a chat about the album and her influences

VP:   So you spent the start of your musical career in Liverpool. What was it that drew you to Liverpool and what sort of influences did the City and it’s creative scene have on you?

NADINE: At first, I came to Liverpool as I’ve heard of LIPA (Liverpool Institute of Performing Arts) and wanted to do a bachelor in music there. As soon as I started living in Liverpool, I felt something different and new then when I was in Switzerland, as there was music everywhere, a concert every night and people busking on the streets. Thanks to this magic atmosphere I started to be inspired to write and perform my own music on stage.

VP: Your music’s certainly evolved since your debut Magic Box. Although there were always electronic elements in the mix your music now feels more ethereal and cinematic –   When did you first start to experiment with electronic sounds?

NADINE: For me, what made the link between folk and electronic music was when I’ve started listening to the Finnish scene called “lovely noise”, which is a genre of noise made by toys and the recording of vocal loops. I started experimenting with this, with my guitar, a computer, and my voice going through loopers and effects. From there I naturally went more and more into the exploration of electronic textures, and from these explorations is born “Never Been To Heaven”.

VP:  How long did the album take  to write? There are a number of references to the elements and the natural world, the sea, the lake, the breeze, the moon – what were the inspirations and is there an overarching theme running through the album.?

NADINE: The writing process took one month and I wrote it in Switzerland at my home place, where I’m surrounded by nature and a lake, called Lago Maggiore. I guess that’s where the general nature elements theme influenced me. The other running theme of the album is the inner discovery. I’m talking about being a vegetarian, self-destruction, relationships, loneliness, and of course, love.

VP: The album title ‘Never Been To Heaven ‘seems kind of melancholic, yearning but not without hope, how did you come up with that title?

NADINE: The title came to me by coincidence. We were in Liverpool with some friends and I saw a bar called “heaven”, at that moment I said “hey I’ve never been to heaven”. Straight away I realised what I said and knew it would have been the title of the album because it worked perfectly with its theme.

VP:  Are you back in Switzerland now?  What’s the general scene like there for the music, I think the only other band we’ve featured from Switzerland is Velvet Two Stripes?

NADINE: I’m actually between London and Switzerland at the moment. Depending on the gigs I have and the need of tranquillity for writing, which I can find only at my place in Switzerland.  The scene in Switzerland is really good in the German side, which is where the biggest cities are as well. That’s were I play the most and there are a lot of cool stuffs happening there.

VP:  The  video of your live radio session for ‘White Moon’ has you and your musical partner Mathieu Bedwani using laptops and gadgets Is this what you’d normally use as live setup ?

NADINE: Yes it’s actually the same setup we currently use on stage for this album tour.

VP:  And talking of Mathieu, how did you two meet up and start collaborating on music together, how does that work –  do you write the songs and then arrange them together?

NADINE: We met while we were both studying in Geneva. Mathieu has always been involved in a way or another in the music I’ve put out, but recently he got more involved as he produced and mixed the whole album. The way we work together depend on the project, but for “Never Been To Heaven” I produced the demos on my own and handed them to him to put his magic on them.

VP:  In the past your music has often been described as ‘quirky’.  Personally I don’t really get that from it at all … it seems to be exclusively used for female artists. Whereas male musicians are often described in heroic terms as  “innovative”  or “pushing boundaries” a female artist is often called ‘quirky’ …  So the short version of the question is how would you describe your music and should we ban the word ‘quirky’ as a catch-all for female musicians who don’t quite conform to the norm  ;)

NADINE: I think the term ‘quirky’ made more sense when I was doing guitar-centered stuffs, however, I see what you mean, music is music, there shouldn’t be any terms used exclusively for girls. Anyway, I think my music evolves quite a lot from project to project, but at the moment what describe the best the new album would be “dream pop”.

VP:   There has been a lot of talk about ‘streaming music’ being the saviour of the music industry, which might be great for the industry  but perhaps not the artist. How difficult is it for  a musician these days to sustain themselves, to tour, to record, to get publicity. It seems everything costs money and yet the financial recompense gets less …

NADINE: Weirdly enough it has never been as easy as today to record songs, put them online and play them at the show on the same night. But at the same time it is now such a hard challenge to make even very little money from that music that most musician I know work on the side. People feel blessed to be able to make music and play it in front of an audience, though, that’s why musicians don’t complain about the situation as much as it would happen in any other industry. The risk on the long run, though, is to not being able to continue because of the lack of time and money.

VP:  Describe Never Been To Heaven in five words 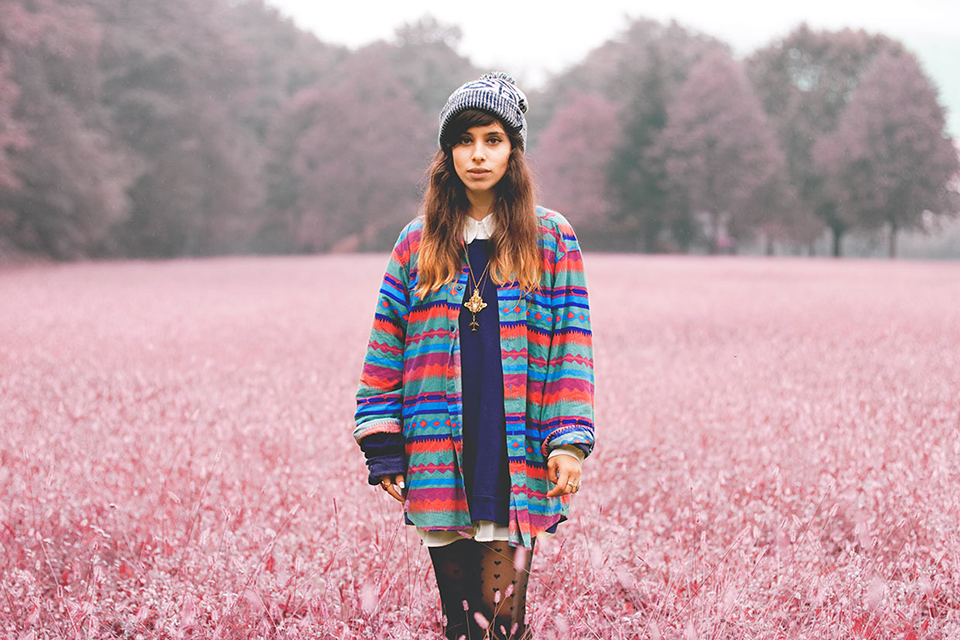