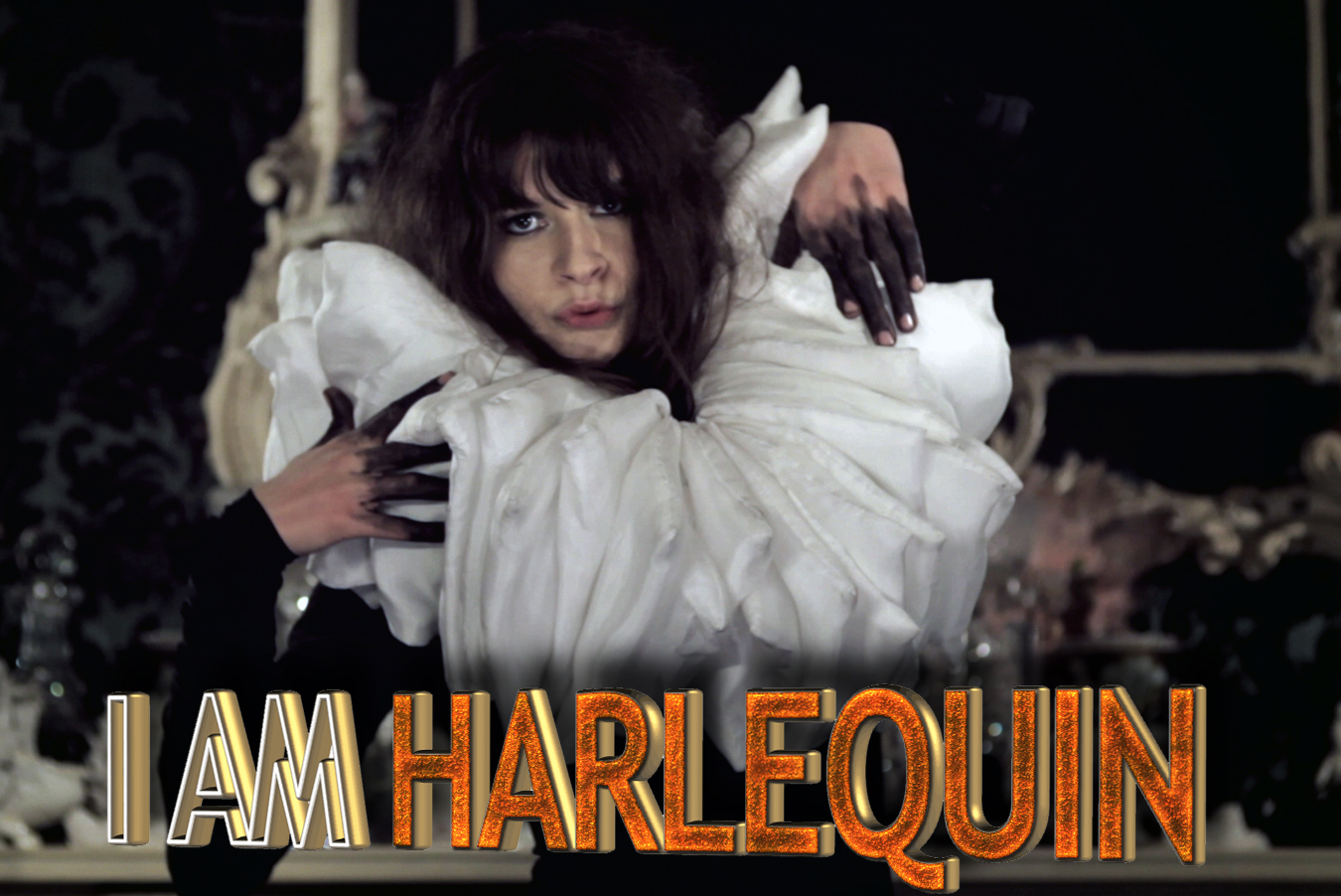 When the Berlin wall finally collapsed the residents of the GDR endured a rather questionable introduction to live western pop music in the shape of incongruous bouffanted Baywatch suzerain, David Hasslehoff. “The Hoff” may have been known as the “hunk in the budgie smuggling trunks” to most of us, but in Germany he was fêted as a genuine rock god and was allowed and even encouraged to peddle his bizarre brand of dreadful MOR, soft rock balladeering.  In fact our Teutonic chums were so in the thrall of “Das Hoff”  that he was invited to headline a celebration concert to mark the end of the east west divide. You could completely forgive the East German people had they of peered over the wall and said  “errrrm, thanks, but no thanks,”  But it is to their eternal credit that the harrowing sight of the Hoff out camping Liberace in a jacket sparkling with fairy lights and bellowing out the Camembert infused soft rock beast that was “Looking For Freedom” didn’t prompt them to furiously start rebuilding the wall forthwith whilst mumbling “so THIS is what capitalism sounds like!”  Had they of done so then Hasslehoff would have been responsible for yet another musical crime, because we sadly, may never have come across Anne Freir, AKA I Am Harlequin. Which of course would have been unforgivable.

Born in Dresden shortly before “The Hoff” single handily defeated communism, tore down the wall with his bare hands and unified Germany, Anne’s artistic awakening came when she was  introduced to opera and ballet by her parents. Whilst still at school she moved to London and began to perform in  public, she then went on to study music working on compositions for film and theatre.  After going through the obligatory female folk singer phase she found her true calling by creating a stage personae, “I Am Harlequin” and began writing, producing and performing an emotionally stirring eclectic mix of  classical, choral, electronic and indie influences. We’d previously described her work as “a sound that conjures up a dash of  Kate Bush,  Bjork without the “bollocks du jour,” mixed with a more restrained, sonorous Florence.” It’s powerful, reflective, at times strident with a sense of the theatrical but always emotionally engaging and never self indulgent . Her song “Wild One” has recently caused a flutter after featuring in the hormonally challenged teen drama “Skins” , as did her video for her single “Onesome” which saw her dancing in erm, her pants- copies of which you can actually buy. We kid you not , after designing her own stage outfits she’s now working on full collection of fashion designs which should be available soon but in the meantime has a range “Onesome” Knickers and boxers available. It’s not every day a singer designs your undergarments is it? (John Foxx – “Underpants” anyone?)

We had a chat with Anne about music, capitalism and the joy of nice underwear.

VP:  Hello Anne! Tell us about your childhood in East Germany and what kind of culture shock did you experience when the wall came a-tumbling down ;) ?

I AM HARLEQUIN: Hello Andy! So I was born in Dresden and then moved to Erfurt at the age of two. Both of these cities were divided East and under the German Democratic regime, (but as we know, it had very little to do with democracy). I was very young when the wall fell, and I guess the things I remember most are the changes, because if you are born in the GDR you just don’t know any better, so what really hits you are the differences made by East and West reuniting. And amongst those was travel and my parents went crazy on that. Both of them had been restricted all their lives, never having been able to go anywhere and suddenly they were able to take us wherever they wanted to. They have always been very interested in culture and the arts and took my siblings and I to the opera and ballet from a very early age.  Before the wall fell, my dad, who was a big fan of rock and pop music (most of which was forbidden in the GDR), used to get hold of illegal vinyl and record those onto magnetic tape. He’s a big collector of music and certainly the person that shaped my influences and taste in music the most. With a united Germany he then exposed us to a lot more international pop and rock, and me and my sister got very encouraged to do our own. Overall East Germany, under a socialistic regime, meant leading a modest life, but also a very restricted one, and that changed dramatically with Germany becoming one and capitalism reinstated.

VP:  When did you first seriously start to make music with the intention of releasing it to a wider audience ?

I AM HARLEQUIN: In 2006. That’s when I had just started my degree in music and really developed my style and also made my first attempts on ProTools. I used to borrow the university iBooks to record their grand piano for my own little quirky pop songs that I then started performing live in 2007, just me and a piano. And I also made my first little album CDs, but I can only laugh about the production on these nowadays. They are quite bad haha. I have come a long way when it comes to mixing, producing but also song writing since then.

VP:  Thankfully your music has cured me of my irrational fear of Harlequins ( I saw this film as a Tiny pip and was somewhat freaked out by it ). So why the stage name ” I Am Harlequin?

I AM HARLEQUIN: Well I am glad I could help there ;-) Harlequins are performers and artists and that to me made I Am Harlequin a great choice. I also like dressing up for my stage performances, so it’s really become my little alter ego.

VP:  So apparently you do everything yourself, write, arrange and produce your music as well as indulge in a spot of fashion design too ?  Surely a 24 hour day is not long enough to contain your creativity ?

I AM HARLEQUIN: No, it’s not. I always feel like my days are too short. But years of freelance work have turned me into a little robot, who gets up, does her job, then does music and then fashion. But thank music for live gigs, because otherwise my social life would be in need of some serious oiling.

VP:   I’m not being rude or speaking out of turn, but could you please tell me all about your splendid  “Love Pants?”

I AM HARLEQUIN: That’s not rude at all ;-) My single ‘Onesome’ carries the message of it being ok to be alone and I wanted to do something really special for people to enjoy themselves and be content with singlehood. Enter my Onesome Playwear, which are little packages of pants or boxers (that you can wear inside and outside) as well as matching eye masks and the single of course. Now, the “Love” pants are actually a specific model of those shorts; they are the red ones made from this beautiful piped jersey. I actually wore them to a gig recently.

VP:  What’s your favourite aspect of being a musical artist, is it the writing, the producing the performing ?

I AM HARLEQUIN: All of them. I guess, if I’d only like producing, I’d focus on being a full time producer. If I just wanted to perform, I’d become a cover artist. It’s the mixture that makes this such a desirable profession. But for me, music is a language that you can read, write and sing and being able to communicate an emotion or a message and inspire one or the other is perhaps the greatest aspect of them all.

VP:   What have been the most exciting things that have happened to you since you started writing and performing ?

I AM HARLEQUIN: This interview!  I think as you advance and grow everything becomes more and more exciting. Last year, playing lots of festivals was exciting, this year it’s been my BBC live session as well as having “Wild One” played on Skins. And I hope there’ll be many more fantastic things happening along the way.

VP:  Imagine you have an unlimited budget , what sort of stage show would you love to produce, dancing girls? Pyrotechnics?  Celestial choirs?

I AM HARLEQUIN: Oh what a lovely question to just dream away on. I would love love love to perform alongside a full orchestra and a choir, yes. And let’s go all the way and make it the Royal Albert Hall. Ta!

VP:   Who have been your biggest musical inspirations, and what album could you not imagine life without ?

I AM HARLEQUIN: My big influences and inspirations are mixtures of classical music and 70s, 80s pop and rock. And I guess the albums I’ve listened to the most come from Prokofiev, Sondheim, Kate Bush, Joni Mitchell, Ricky Lee Jones, Grace Slick, and the early albums by Tori Amos. I like them all for very different reasons: whilst Prokofiev and Sondheim bring out the grandeur of orchestral and choir elements in me, Kate and Ricky have inspired me to be more experimental; Joni pulls me back a bit; Grace’s voice has been a major influence on mine; and Tori actually made me start learning the piano.

VP:  Can we have an album from you soon please?

I AM HARLEQUIN: Yes. I’ve written enough material for four over the last two years, so you’ll get the best of them all this year.

VP:  Encapsulate I Am Harlequin in five words ..

I AM HARLEQUIN:  Wenn Chamäleone Musik machen könnten. (If chameleons could make music.)

4 thoughts on “The Wild One – I Am Harlequin Interview.”