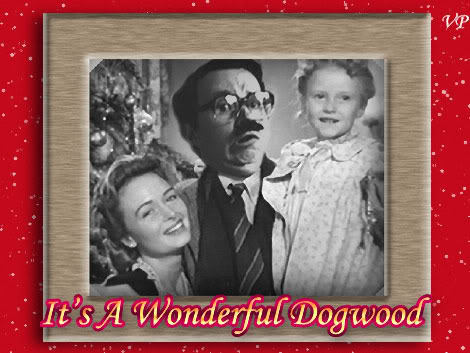 Renowned social commentator,  style guru and the VPME’s “Common Sense Tsar,” Oliver Gordon Dogwood,  joins us for a seasonal exclusive and airs his views on, amongst other things, the world wide Harry Webb…. Settle Down………you might learn something…..

“There’s a time and a place for Cliff Richard apparently – not in my book sonny Jim, there’s never a place or time for that conceited alternative son of God, thank you very much.  So why start with him?  Why start with the idiot that’s  always bleating on about how the Devil has all the good music?  Because all that is bad about Christmas – the pious Christian bleating, the rampant commercialism, the ruthless exploitation of people’s sentimentality – is at the core of the Rich Clifford credo.

When Cliff Christ walked around on his 40th birthday wearing a pair of flared leather trousers and white brothel creepers singing ‘it’s so funny…blah blah blah’, I let it go.  Here’s a man thought I, who should know better but obviously doesn’t because when he looks in the mirror he probably gives himself a hard on.

I threw a few cushions about when I saw him gadding about on a pair of roller skates with walkman headphones trying to be all Bow Wow Wow (i.e. his interpretation of C30 C60 C90 Go!) getting ‘Wired For Sound’

In Preston,  ‘getting wired’ is a euphemism for taking a bit of Billy Whizz but I suppose Cliff the Saviour has no need of chemical stimulant.  I bit my fist when we discovered that, no, Carrie does not live here anymore, yes she had the room on the second floor but no, she had left no forwarding address that was known to me.

I tried to  exercise my increasing rage , but what sent me over the edge and into a night in the cells was the cynical attempts to cop a No.1 at Christmas through claptrap like ‘Misseltoe and Wine’, ‘Daddy’s Home’’ ‘Saviours Day’ and ‘Millennium Prayer’.  This feller, who struggles to sprout bumfluff appeared on the video of  “Daddy’s Home “ with some right gay stubble or it could be gravy browning, like the lasses used in WWII to paint their legs to give the impression of wearing stockings.  I don’t know if Cliff wears stockings, uses gravy browning on his legs or even draws a seam up the back of his leg with an eye liner pencil. Neither do I know whether the

video intimates that he has just come out of the “Nick”or has returned home from his oil rig job in time for Christmastime.  What is clear is that the video shows that he hangs round with a right bunch of hard nuts down the local pool hall.

Jesus Richards and Christmas Singles, is alas,  a combination that has me reaching for the revolver.

So what does tickle Dogwood’s festive stick?  Well, let’s get it straight – I don’t go in for your usual Yuletide pop paraphernalia of tinsel hair goons singing “I wish it could be Christmas everyday” but compared to the cynical timing of the X-Factor winner’s single hi-jacking, yet again, the Christmas number one, with their karaoke claptrap, that’s hi-culture.  This year they’re going to kick the arse out of Leonard Cohen’s ‘Hallelujah’ which despite his gloomy outlook on life is actually rather a lovely tune.  Now every Tom, Dick and Chavvy will be belching it out and what should be a celebratory ode will become an oafish clarion call.  I don’t do “X-Factor” but have noticed one of them who looks like a cross between a Morlock from the Time Machine and a Hobbit – a Morbit or a Hoblock.   I imagine he goes down well at The “Prancing Pony” Karaoke night down at Bree and in other Watney’s Pubs in the Shire.

No, to get into the mood I go for the old Perry Como and ‘The Whole World Needs a Christmas Tree’ from “The Odessa File.” I put on the original 7” 45 on my Dancette and imagine that I am hunting down

ex-Nazi war criminals whilst trimming the tree with a pair of garden shears.  There’s nowt more festive than that.

Women love me at Christmas, I don’t know what it is, maybe my innate sense of self-importance and gender superiority, but they are forever dangling a sprig of Holly over my head.  Now I don’t do tongues at Christmas, especially not to ‘Last Christmas’ when a plethora of non-festive thoughts of coppers in public toilets spring to mind.  Fair kills the mood that does.

For some reason, the girls at the office, having got me my annual box-set of ‘Hai Karate’, all want to play Kirtsy MacColl to my Shane McGowan when ‘The Fairytale of New York’ comes on the works disco.  They particularly articulate the words ‘You scumbag, you maggot, you cheap lousy faggot, Happy Christmas my arse, I pray God it’s our last’.  I take this outrageous flirting all in good faith, it’s part of the Christmas ritual that never goes anywhere because the closing song is ‘Missletoe and Wine’ by which point I have become a weapon of mass destruction, ending up in the cells for the night as afore-mentioned.

“A Fairytale Of New York” – The Pogues And Kirsty MacColl

Much as I think that Justin Timberbrain is an idiot, I did admire his band The Darkness in their attempt to crack things open with a retro festive rockpiece a few years back.  Unfortunately for them it was thwarted by a depressing dirge cover of that bloody band Tears for Fears with their pompous oaf Olzabel, or whatever his name is.

So Christmas confuses and confounds in equal measure on the music front – I don’t want to hear Mariah Carey telling me all she wants for Christmas is me because I’m not interested love, you’re far too high maintenance.  Neither do I want to hear Mel Smith exerting Kim Wilde to rock around the Christmas tree, nor Sir Elton Buggy stepping into Christmas in his mincy court shoes.  None of that will suffice – but Greg Lake will thank you very much.

Why didn’t Lush do a Christmas song that’s what I want to know?”

And a short message at the behest of Cheambeat Communications

0 thoughts on “A Christmas Message From Dogwood!”