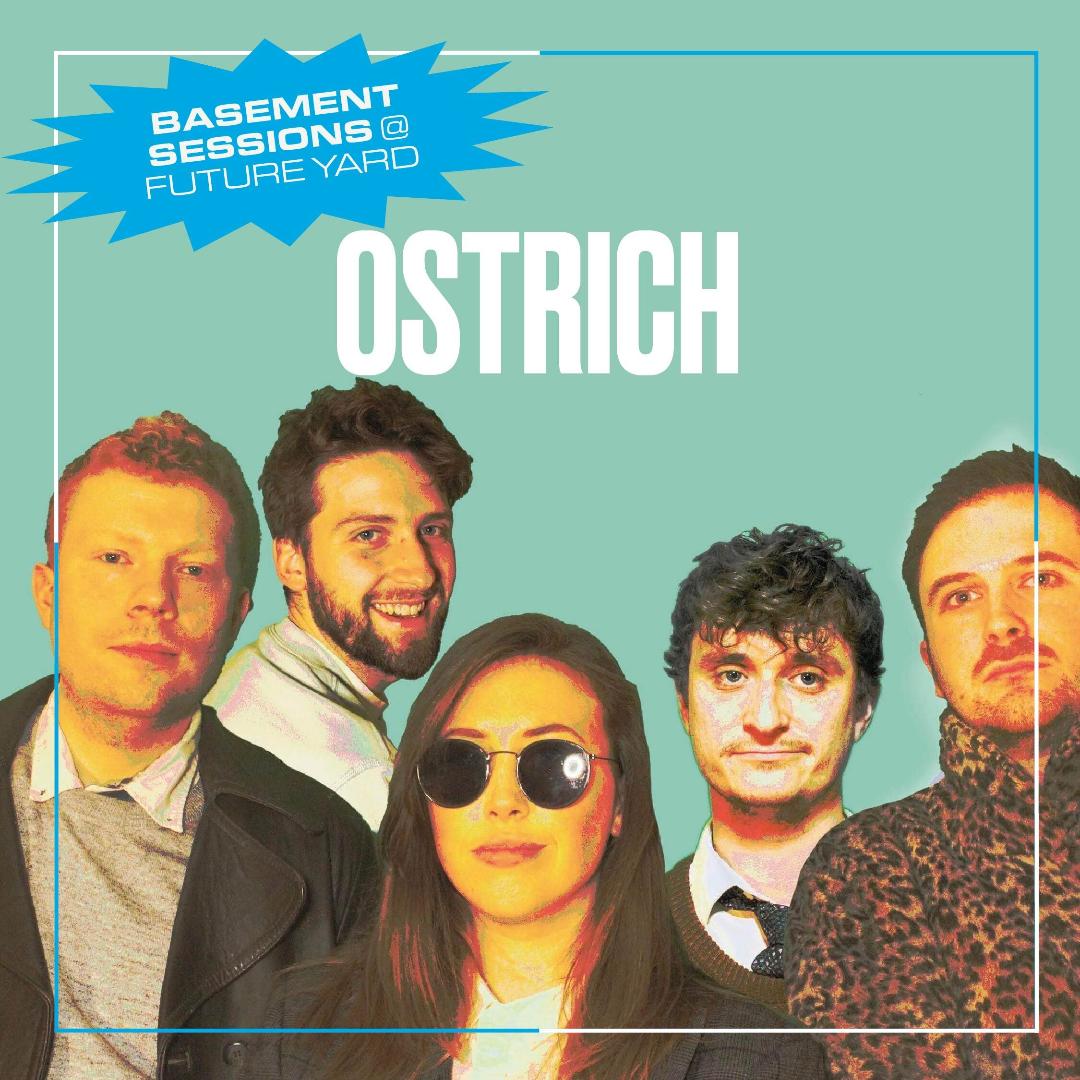 Future Yard have shared the first in a new series of live videos filmed in their basement rehearsal studios. This new series has not only been created to showcase the wealth of talent being supported by the venue through their PROPELLER artist membership programme, which involves mentorship and access to rehearsal spaces, but also to celebrate the amazing touring acts that perform at the venue. This first edition features Ostrich, an exciting 5-piece alternative-pop act from Liverpool. They performed previous single ‘Inside Out’, offering silky melodies and a fine lyrical dusting of wit from baritone-beanpole Will McTaggart.

Future Yard is a new community music venue in Birkenhead, Merseyside. The main driver for the team at the venue is the absolute life-changing affect music has on the lives of so many of us and how the power of music can be harnessed to create a force for change in its local community.

When the team got the keys to the building in January 2020, they painted it black and emblazoned #THE FUTURE IS BIRKENHEAD in huge pink writing across it. This bold statement relating to the tired town that the team were born in was always meant to cause a reaction, but it is truly sincere. Why can’t an area, that has such a rich and interesting music heritage, known for propping up the Liverpool music scene with acts like OMD, The Coral, Half Man Half Biscuit and She Drew The Gun, become a new epicentre of exciting music? How can a music venue enable those in its surroundings to feel pride in where they are from?

The revolution has begun! Birkenhead had a whole show dedicated to it on BBC 6Music during Independent Venue Week 2022, with Melt Yourself Down’s first performance in over two years being broadcasted in full from Future Yard by Steve Lamacq.

Future Yard set out to create meaningful opportunities and pathways into careers in music almost immediately. Well before audiences were allowed in the building, training programmes were created and five rehearsal studios were built in the basement, formerly an old nightclub called Rocky’s, known locally as that last place that was open on a night out for one more drink when you probably should just go home. Since October 2020, Future Yard has ran three intakes of SOUND CHECK, a 12 week training programme for local young people to give them skills in running gigs, doing the lights and also mixing live sound. This first Basement Session video was filmed and recorded by two participants of SOUND CHECK, supported by the Future Yard team.

You can catch Ostrich at Future Yard on 22.04 supporting Beija Flo, along with Nottingham’s Divorce – TICKETS

Find out more about Ostrich on socials: @Ostrichtheband