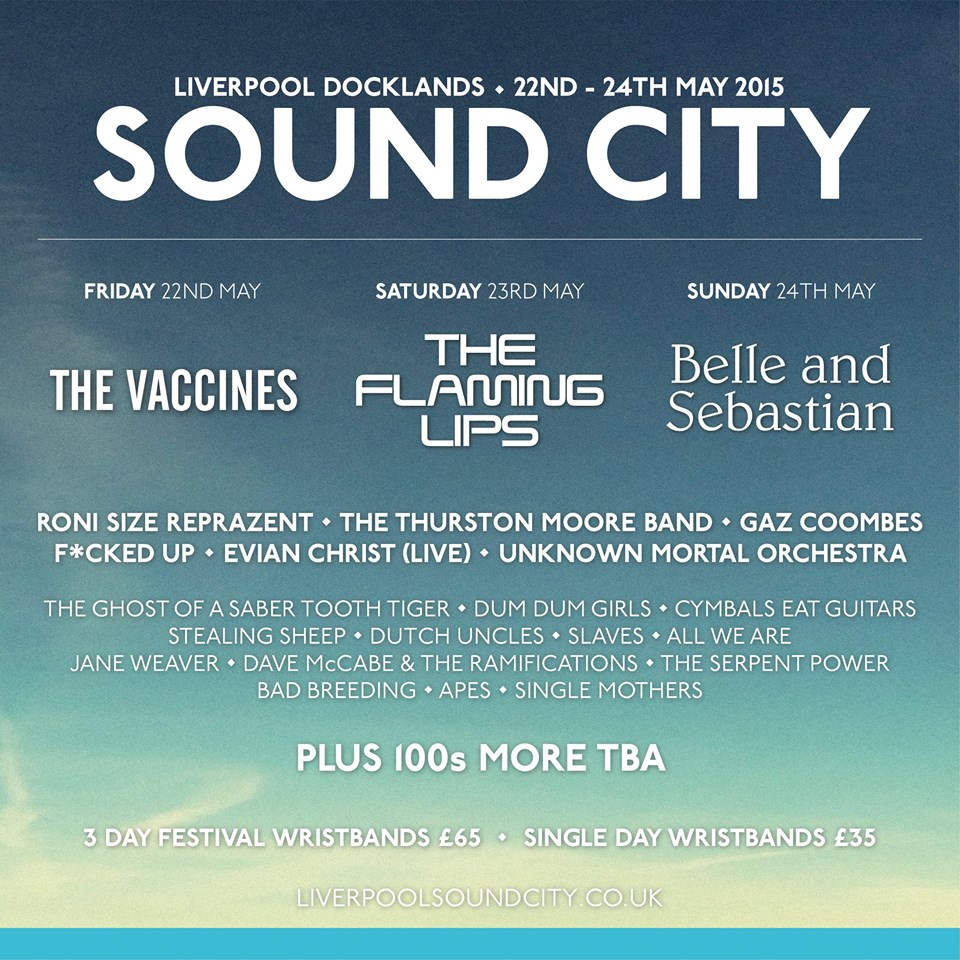 The eighth Liverpool Sound City is proud to announce an unparalleled line-up of inspirational music figures for this year’s conference focusing on the key theme of The Unsung Hero, focusing on the mavericks and mayhem makers who have helped shape the face of rock and roll.

Taking place in the magnificent Rum Warehouse at The Titanic Hotel, Stanley Dock from 21- 22 May, the now legendary international music conference will debate, discuss and highlight key issues with the contemporary music business on – brought to you by some of the leading figures in the global industry.

Not content to just headline on Saturday night, experimental rock pioneer and Flaming Lips front man Wayne Coyne will be in deep conversation with his long term manager and ally, Scott Booker.  They will be looking in depth at the way they have worked together over an illustrious career and revealing the ups and downs of the journey so far. This promises to be a real highlight of the Sound City conference and not to be missed.

Art rocker, arch-drude and antiquarian Julian Cope is returning to his old stomping grounds to reflect on a life less ordinary and explore some of the more abstract themes of a musical career spanning four decades. He’s also joined on the conference bill by post-punk luminary Viv Albertine who, hot on the heels of her recent memoir ‘Clothes, Clothes, Clothes. Music, Music, Music. Boys, Boys, Boys’, will be examining the role of the unsung hero in popular culture and how their influence can massively outstrip initial recognition.

David Pichilingi, CEO of Sound City, said: “We have made a seismic change to the whole profile of Sound City this year and that includes the conference. The Titanic Hotel is a splendid setting and certainly matches the new vision for Sound City.  As ever we’ve cut through the staid, formulaic conference format that so many other industry events desperately cling to. Our aim is to spark debate, to explore the controversial, to stimulate business relationships and for people to genuinely get something from it, to leave inspired, energised and entertained.”

Delivering on this promise the conference site will be a festival in its own right with live bands performing, a VIP showcase and, for those who don’t want to miss out on the live music action, Sound City delegates can jump on a boat and be jetted from the conference venue direct to the festival site.

Panels this year include Another Brick in the Public School Wall, The Rise of Toff Rock that will examine the perceived decline of the working class music hero and the rise of the privileged few; Change a Word and Get a Third, Songwriting in the 21st Century, an in-depth look at the pitfalls of making – or losing – money in the modern industry and Bands & Brands, The Power of Rock & Roll Data exploring the pros, cons and potential revenue opportunities when aligning with corporate entities and advertising. More panel themes will be announced closer to the event.

Sound City has also announced a partnership with its legendary Mediterranean cousin – Primavera Pro. (27-30 May). As part of this partnership they are offering discounted tickets to the Primavera Conference for all delegates who attend Sound City 2015.

Along side the conference, Sound City has announced an incredible line-up of live acts for the festival with many more names still to be revealed:

Stealing Sheep • Dutch Uncles • Slaves • All We Are

To buy wristbands or to apply to play at Liverpool Sound City 2015 visit http://www.liverpoolsoundcity.co.uk/