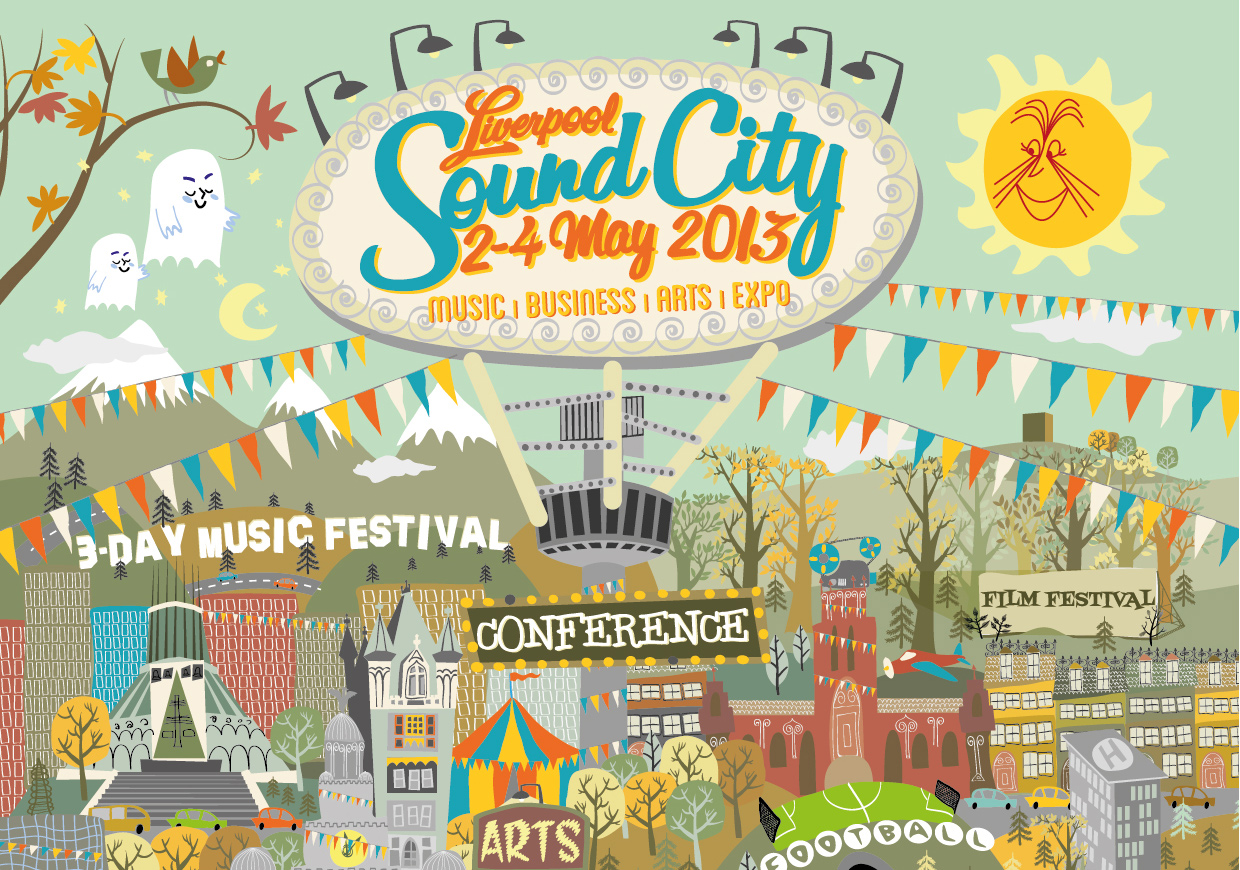 There won’t be much going on in terms of new music this week on the site, as we’ll be entering the scary physical world again via the magical musical portal that is Liverpool Sound City. Therefore, as tradition dictates, here’s ten of our personal must see bands (barring the inevitable clashes) during the three day event… see ya there

A welcome late edition to the line up arrives in the form of Brighton’s enigmatic Dark Horses. They combine a flamboyant, futuristic 50′s noir biker gang chic with music of substance and elegance.

We adore this band – ‘Black Music’ was one of our albums of 2012 and they actually look like a fucking proper band as opposed to a bunch of mates who’ve covered themselves in superglue and ram raided River Island. We’ll wager Dark Horses will be the most stylishly attired band of the whole festival. Ps. I want one of their jackets.

Their performance in Liverpool in 2012 was one of the gig highlights of the year. There may be some merit in the inevitable Joy Division references often thrown at this band, due in no small part to Ayse Hassan’s thundering bass lines and singer Jehn’s tendency to stare into the middle distance, ala Curtis, as if viewing an impending apocalypse – but we think it’s been a little overstated. To our ears, they recall the driving angular insistence of the female agit pop of bands such as the Au Pairs. Which to be honest is right up our street

Like a soulful Karen O or a grunged up Regina Spektor, 21-year-old Natalie Findlay has been creating quite of buzz of late. And with good reason, we caught her live a few weeks back in Manchester and thought she was incredible. Definitely catch her if you can – you will not be disappointed, unless you happen to be a massive knobhead.

Who the b’jesus planned this? The Pins gig and Findlay’s in quick succession mean we may be confronted with the demeaning possibility of having to break sweat! Thankfully, the venues are close enough together so we should make both. Anyway, back to PINS, we love them and secretly we know they love us… From the brooding, ominous drama of ‘Eleventh Hour’ or the adrenaline fuelled cacophonous garage rout of ‘Shoot You’ through to the visceral explosion of ‘Love U4Lyf’ and lest we forget the thundering stomp of ‘Say To Me’,  PINS have amassed a collection of songs that more than suggest we finally have a band who will justify the buzz.

Reading’s Tripwires revive memories of bands like Ride and Slowdive but add their own contemporary melodic twist, and any recommendations from our chums at Club AC30 is always worthy of our attention. Looking forward to catching these guys.

The first time we came across Italy’s Tying Tiffany we were fiddling with our huge red joystick! – Yes it was via “FIFA 2012” – which featured her song ‘Drownin.’ So there you have it, it’s official, console games have made new music journalism obsolete!!  And the FIFA placement did the job, because we checked out her atmospheric electronic post punk dark wave and were very impressed. We’ve dipped in out of her work ever since and now Sound City affords us the opportunity to catch her live, Hurrah!

Lots of “best new…..” type plaudits for these Bristol shoegazers from the likes of Artrocker, the NME, The Fly, Radio 1, XFM 6 Music et all. Tim Burgess or Mark Gardiner fronting MBV on a sugar rush replete with drone riffs but with the primary focus being as much about melody and well crafted tunes as invoking ‘the beautiful noise?’ Sound good? Yup!

Swiss Lips create a soaring pop blitzkrieg that we’ve previously described as having “more hooks than Abu Hamza at a pirate convention, or perhaps more hooks than New Order’s former bassist at a family reunion in a hall of mirrors.” They were great at Sound City last year and we except more of the same this time around.

A collective who take on another dimension in the live setting, mixing otherworldly projections onto the stage that match the atmospheric cinematic electronic music. Synthian Lynchian? Ok we’ll refrain from trying to make up incongruous genres; we aren’t the NME you know! Instead, we will recommend you totally immerse yourself in the beauty that is Still Corners.

NO CEREMONY is yet another band to emerge from that city up the M56. Initially they shrouded themselves in a mystery that didn’t really come across as contrived – they gave no interviews, didn’t play live, nor were any press photos available. In the words of Kelly from the band “all we want to concentrate on is making music, that’s what comes first” and this does appear to be a genuine statement of intent rather than artful PR; good job the music’s bloody good then innit ;)

And of course there’s about 340 more artists to catch …… see you on the other side…. 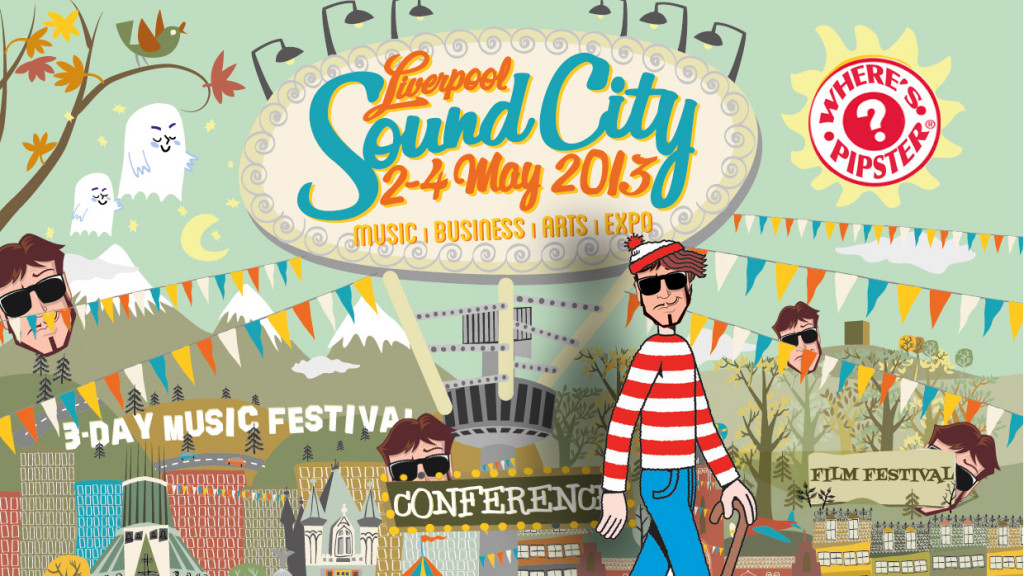