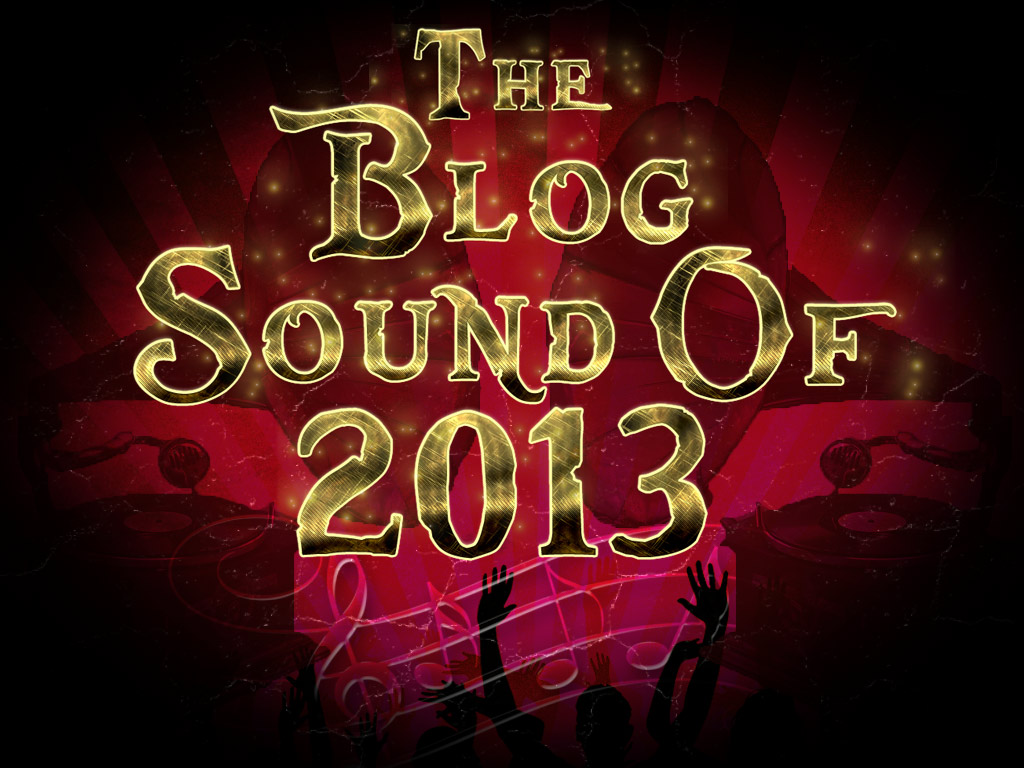 The Blog Sound Poll was first published in 2011.  The concept of the poll wasn’t to criticise the established BBC Sound of list, but simply an experiment to see if UK music bloggers could come up with its own list of emerging artists that was more representative of their community and give the artists that were nominated some extra publicity.  Indeed the idea was to compliment the BBC list in many ways by providing an alternative to compare and contrast.

Last year’s final long list provided some interesting alternatives to the BBC list; most notably, it included Alt-J, this year’s Mercury Prize winners, who didn’t feature on the BBC list at all.

The Blog Sound of 2013 poll has expanded with 49 UK blogs nominating their five favourite emerging artists.  Just over 170 acts received at least one vote.  The winning act received votes from around 25% of all bloggers.

The long list represents the very best of new music and draws from major label, indie label, and completely unsigned acts.  The likes of Haim may be featuring on a lot of new music tip lists at the moment, but the Blog Sound poll also highlights lesser known bands such as Curxes and Randolph’s Leap, bands that do not have big PR representation, and this is what makes the Blog Sound list fascinating and exciting.

The poll was organised by Robin Seamer (Breaking More Waves) and Andy Von Pip (The Von Pip Express).  “Each blog was allowed to vote for five acts and the diversity of the nominations was staggering.  Based on the evidence of the spread of votes anyone that says that music bloggers are sheep and are all writing about the same artists has it wrong.  However, the results of the poll show that certain artists do have a lot of support and love from a significant portion of UK bloggers and those artists make up the Blog Sound of 2013 list,” says Robin.

The Nominated Artists For The Blog Sound Of 2013

Happily, there are three out of our five choices in the list, plus a couple we really aren’t keen on at all and a couple who are new to us! That as they say is democracy !  The picture it paints is clearly not of a UK music blog scene being blindly led by the industry, but one that contains many blogs that have their own unique voices and like what they like, erm , because they like it !   It will certainly be interesting to see how this list compares  to the BBC’s “Sound Of” list!

The 49 blogs who voted in the poll are

A New Band A Day, A Pocket Full Of Seeds, All Noise, Alphabet Bands, Both Bars On, Brapscallions, Breaking More Waves, Brighton Music Blog, Details Of My Life So Far, Don’t Watch Me Dancing, Dots And Dashes, Drunken Werewolf, Eaten By Monsters, Electronic Rumors, Faded Glamour, Folly Of Youth, Flying With Anna, God Is In The TV, Harder Blogger Faster, Howl, In Love Not Limbo, Just Music That I Like, Killing Moon, Kowalskiy,  Love Music : Love Life,  Mudkiss, Music Broke My Bones, Music Fans Mic, Music Liberation, Music Like Dirt, My Bands Better Than Your Band, Not Many Experts, Peenko, Real Horrorshow, Scottish Fiction, Skeletory,  Song By Toad, Sounds Good To Me Too, Storm’s Brewing, Sweeping The Nation, The Blue Walrus, The Electricity Club, The Mad Mackerel, The Metaphorical Boat, The Music Hoarder, The Recommender, This Must Be Pop, Von Pip Musical Express, 17 Seconds

The short-list and winner will be announced 3rd January 2013.