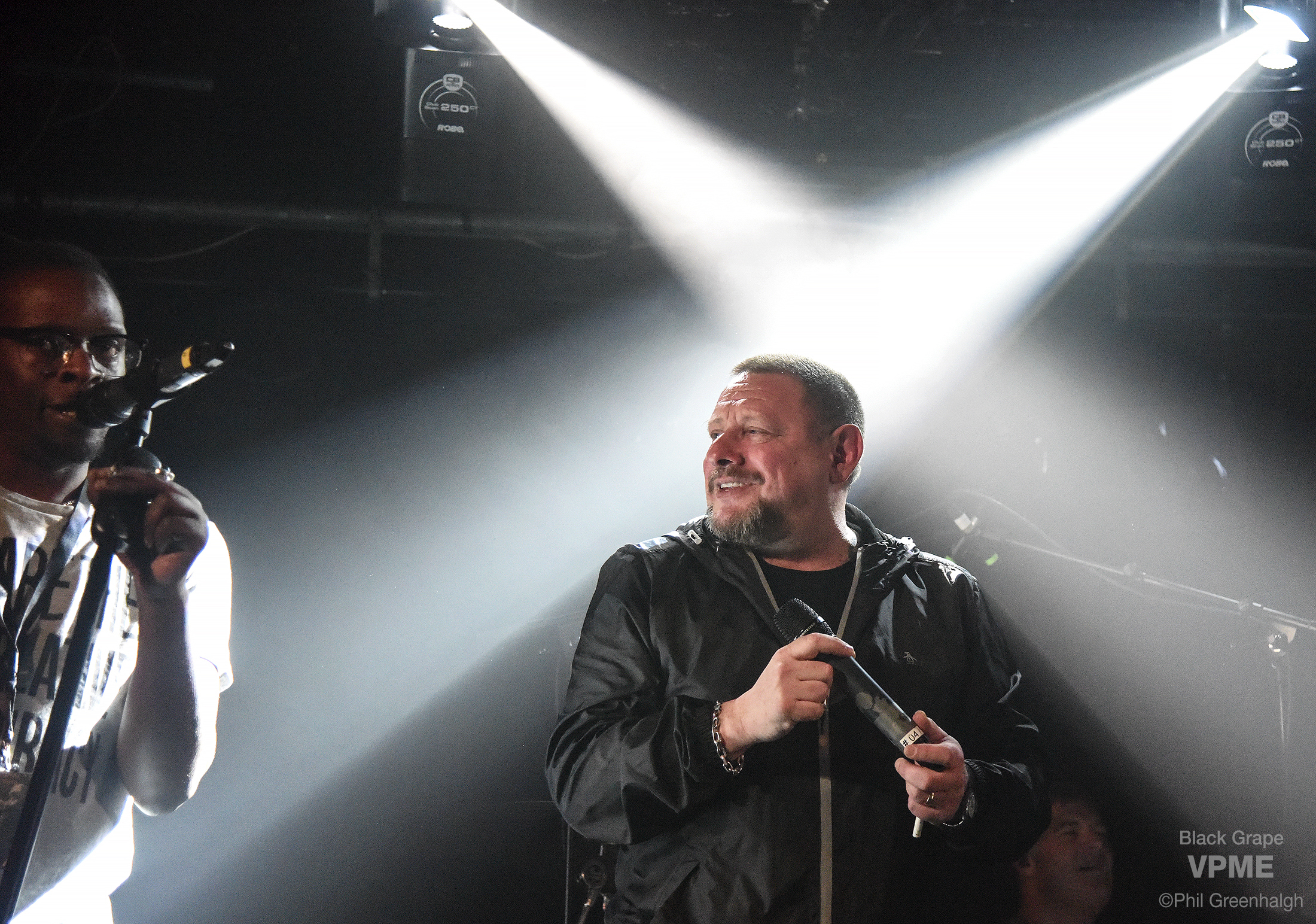 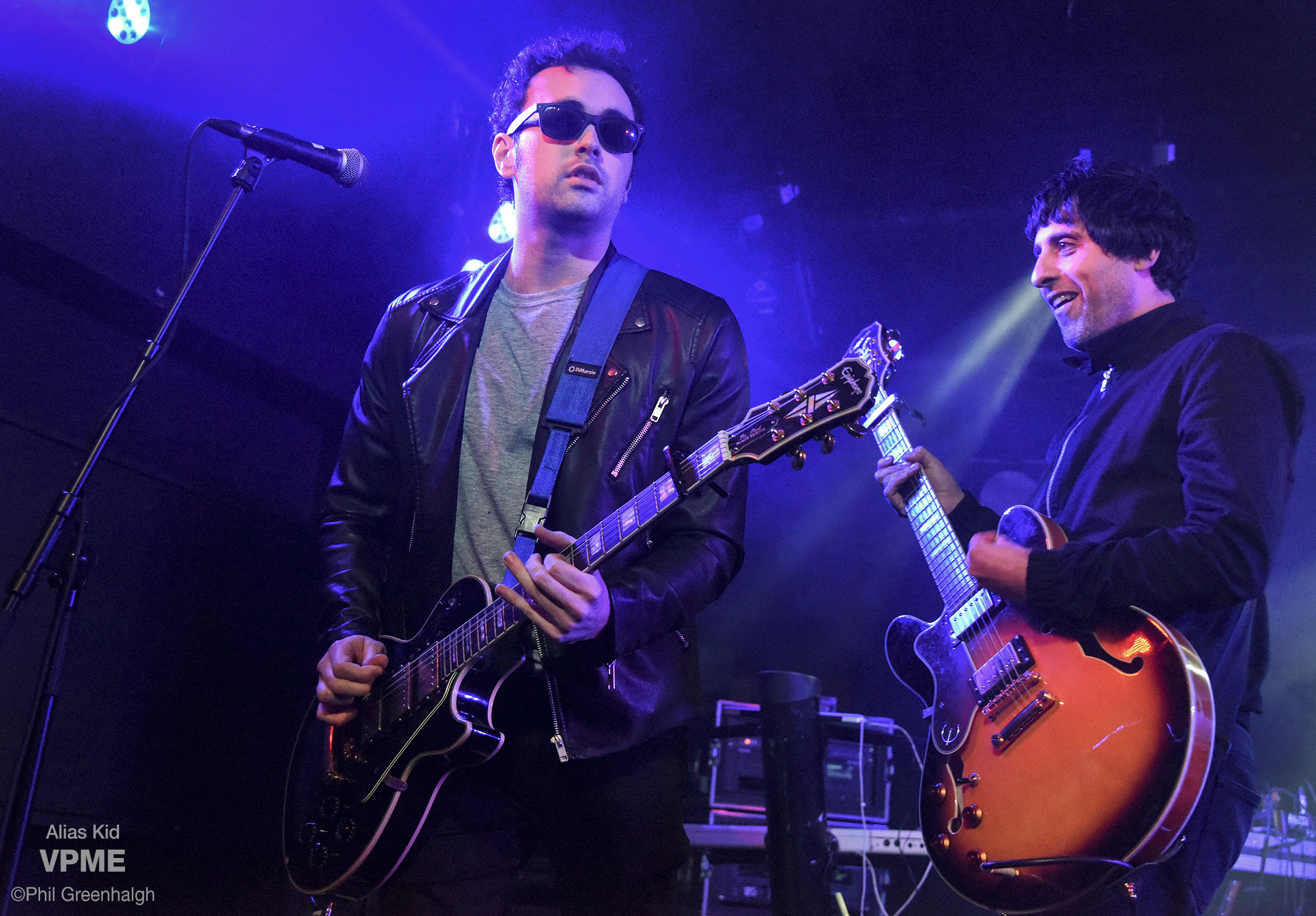 Propping up the working-class façade is a raft of bonafide indie-rock stormers, including ‘She Don’t Yeah Yeah Yeah’, ‘Dirty Soul’ and the Slade-meets-Oasis-esque ‘Smoke and Ashes’. Lead vocals (and piss ripping) seamlessly alternates between Maz Behdjet and Sean O’Donnell and provides some well-honed songcraft beneath the laddish exterior.

A cheeky mix of their song ‘Shot Through’ with ‘Anarchy in the UK’ signals an intent to rip the shit up a bit- and I’ve seen this first hand when played on their home turf on the other end of the East Lancs, this can indeed and does whip up a storm. It’s now just a matter of time for that storm to break beyond the confines of a growing NW following. Wherever it takes them, they seem intent on having a shit-kicking time along the way. 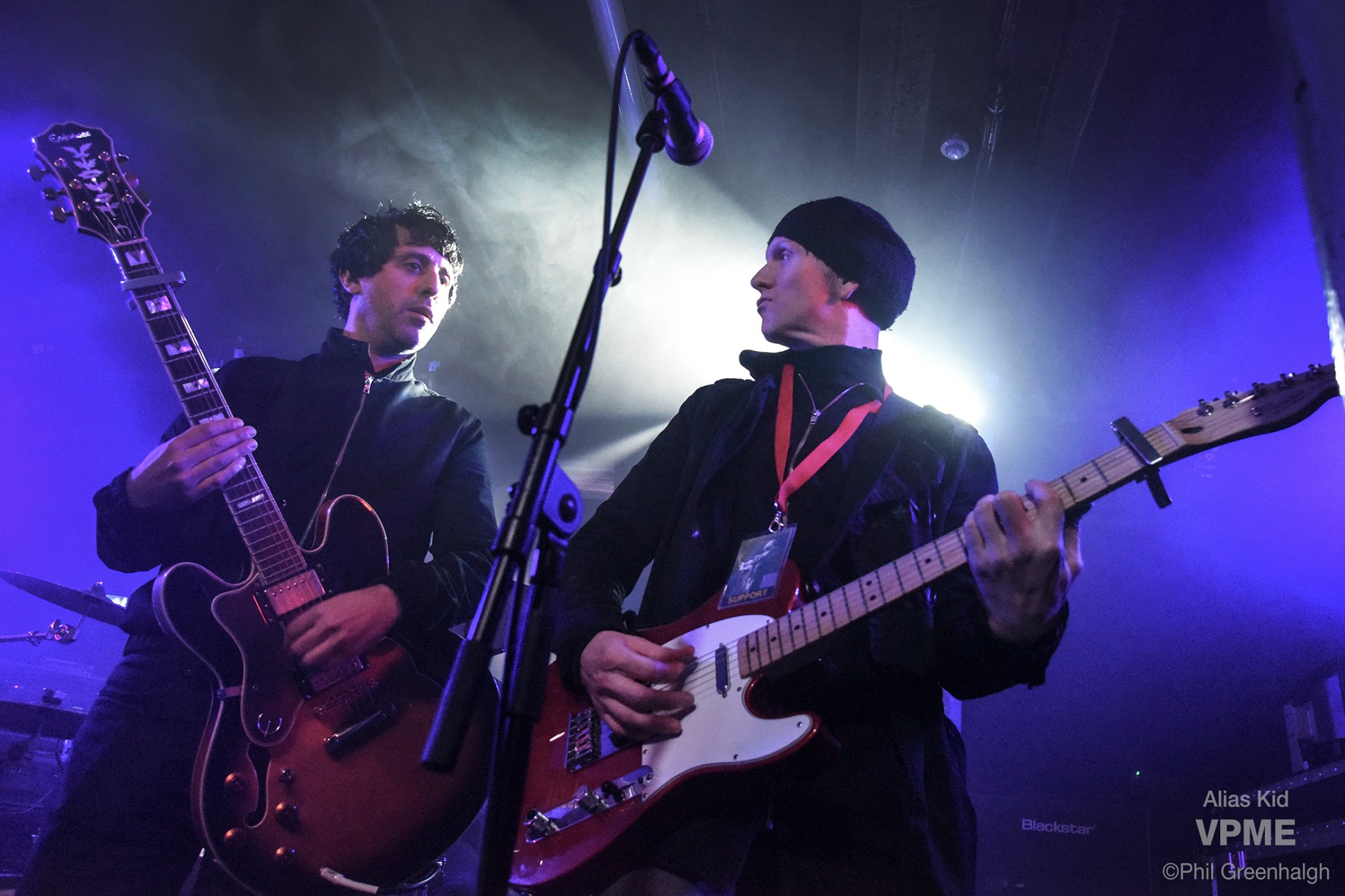 It’s not a surprise they’ve been the support of choice for both Happy Mondays and Black Grape on recent tours, there is a familiar hedonistic
vibe that resonates into the audience and sets the tone for the main act. 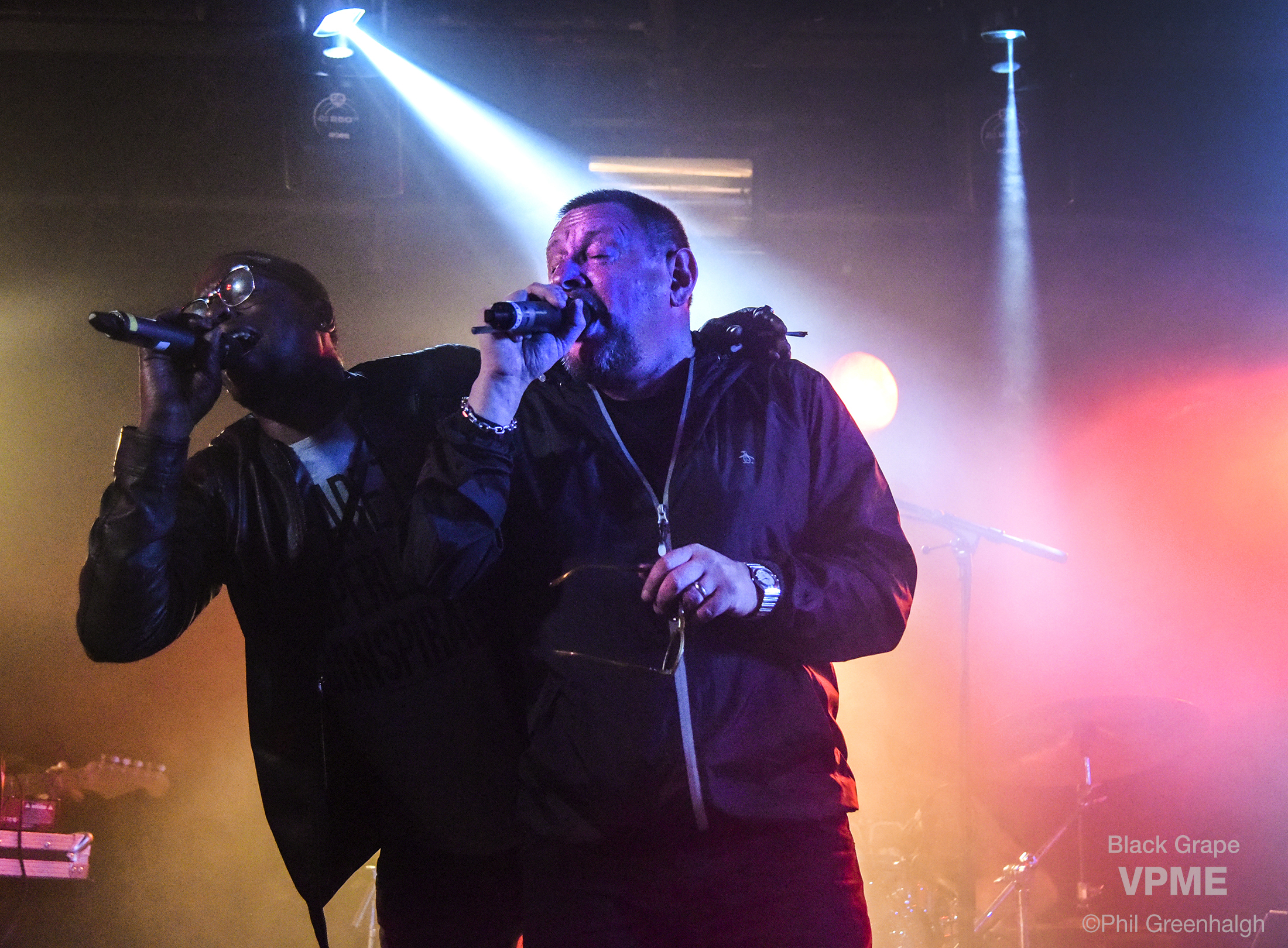 Black Grape frontman, Shaun Ryder arrived at the gig about 3 minutes before walking on stage and was well on his way toward the M62 before the last refrains of ‘Little Bob’ had ended. His was a solid workday performance, but it drew heavily on the real celebrity on show; the exuberant livewire Kermit Leveridge who completely owned the stage with an ageless rapier rap delivery; Ryder didn’t have to work hard to assert his presence and delivered his mordant wit with minimum effort.

Kermit clearly didn’t get the no smoking-policy memo, not least when sharing a fragrant park drive with the audience. Whilst Ryder chugged on nothing stronger than a Powerade. Tales of writing songs on crack (in wardrobes?) regaled between songs- now anecdotal as serious chemicals may no longer be on the agenda. Nonetheless, a seriously strong on-stage chemistry remains. It may have been an in-and-out hit for the once libertine Ryder, but you can’t blame the bloke for leaving the headline-making off-stage antics behind, it’s a case of been there, done that, enjoy the music. 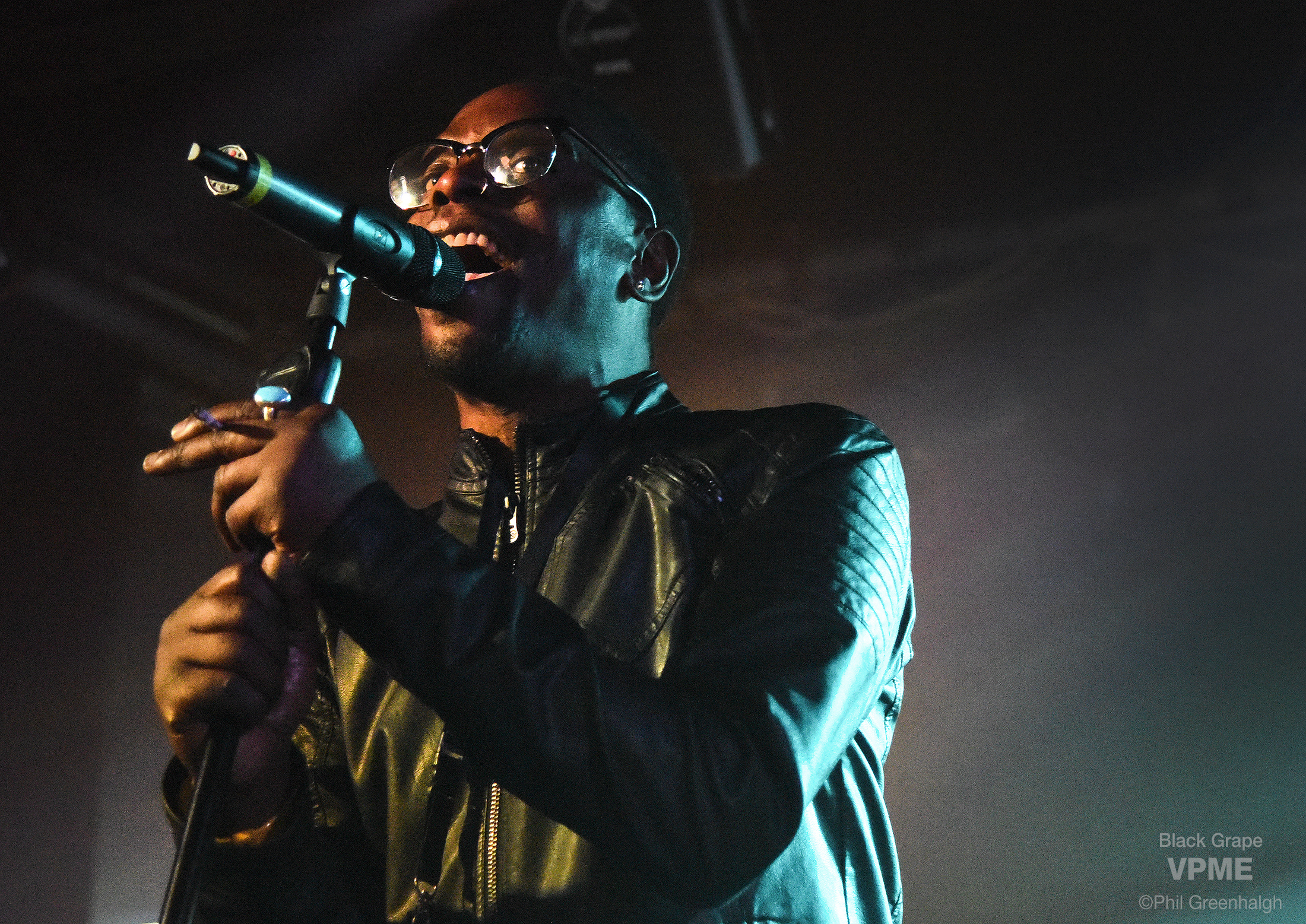 More often than not, album-anniversary gigs will follow a verbatim track-by-track running order. But with the four biggest hitters front-loaded on ‘It’s Great When You’re Straight…Yeah, Black Grape wisely mix up the running order, Opening with ‘In The Name Of The Father’ and ‘Tramazi Parti’, saving ‘Kelly’s Heroes for a still-bouncing encore, also bucking the completist trend, a couple of IGWYS…Y songs were replaced in the 11-song set by ‘Get Higher’, ‘Rubberband’ and ‘Tell Me Something’ from their second, less warmly received Stupid, Stupid, Stupid album.

You will likely have your own opinions on the reasoning behind album anniversary tours, milking the nostalgia cash-cow, or chance for a genuine revisiting of classics how they were meant to be heard? Is a 21st birthday really a milestone for an album, however classic? Will we soon be celebrating the 18th coming of age albums? Maybe next year The Killers will tour Hot fuss as it becomes a teenager (can’t see it ever maturing beyond that, to be honest). 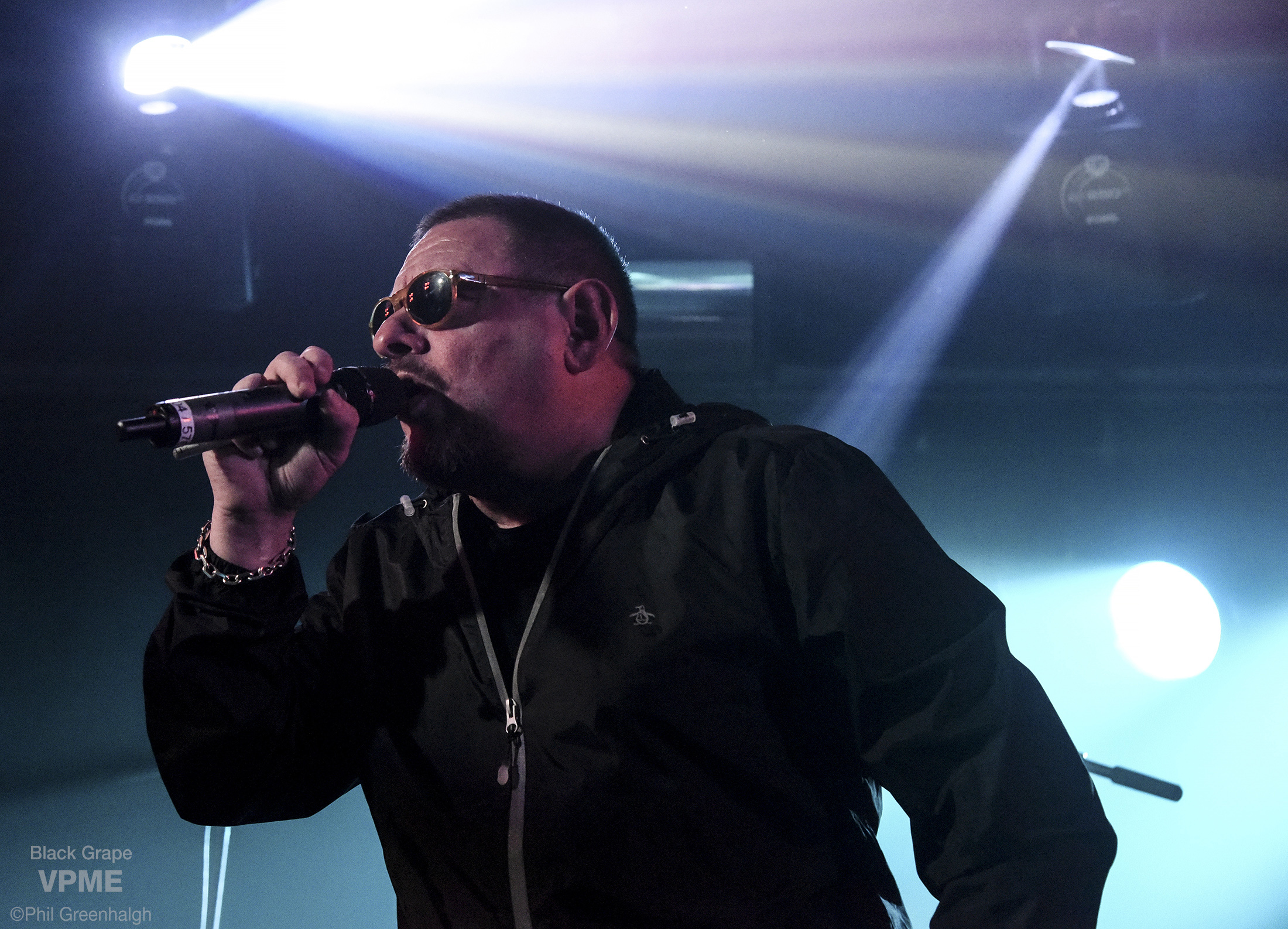 In this case, it was walking the tightrope between the two, a reasonably high ticket price suggested a hastily arranged 21st birthday party, a bit of ‘taking it while it was there’, the logical successor to the successful Happy Mondays tour last year. But in practice, the performance itself was as valid and contemporary as ever. I’m left wondering whether a whole new audience had been priced out of something they’d actually have given more than nodding appreciation to. I only spotted one bucket hat in the audience, it appeared to be a genuine appreciation of the music than the lad’s reunion you find at some nostalgia-laden reissues.

The importance of this album as a Rap/funk/indie fusion is oft understated, though the underlying hedonism may have passed into legend, the music itself remains deserving of a new audience. Unlike Manc peers The Stone Roses, or even the Happy Mondays themselves, Black Grape don’t appear to have broken that second gen audience as convincingly. It would be interesting to see what a younger audience would make of this performance, I’m guessing that it wouldn’t be badly received at all.

But still, the faithful came. And they were joyful. And the band were triumphant.

Words  and Photos : Phil Greenhalgh
All photos remain the property of their respective owners. Any reproduction is prohibited unless previously agreed with the photographer. 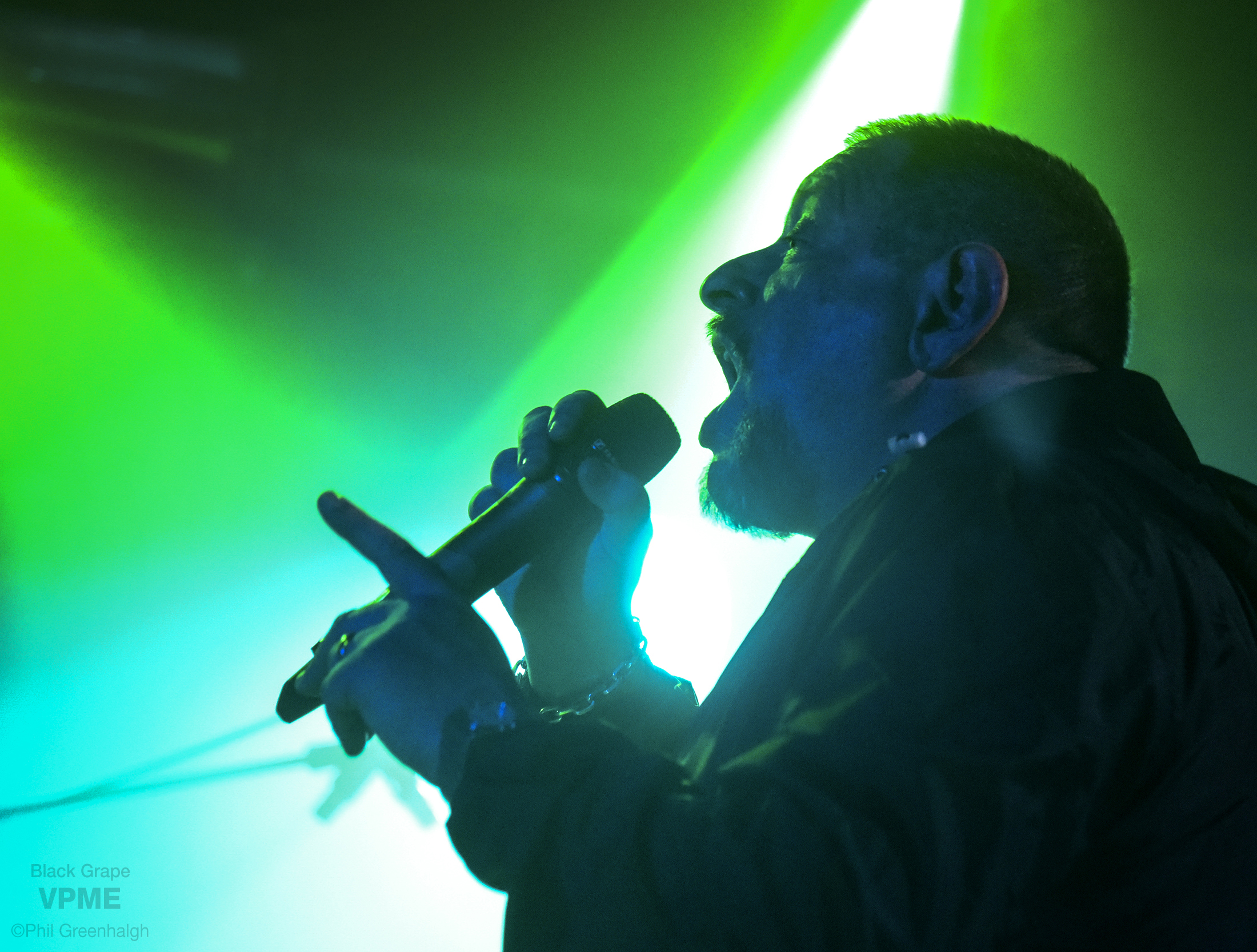 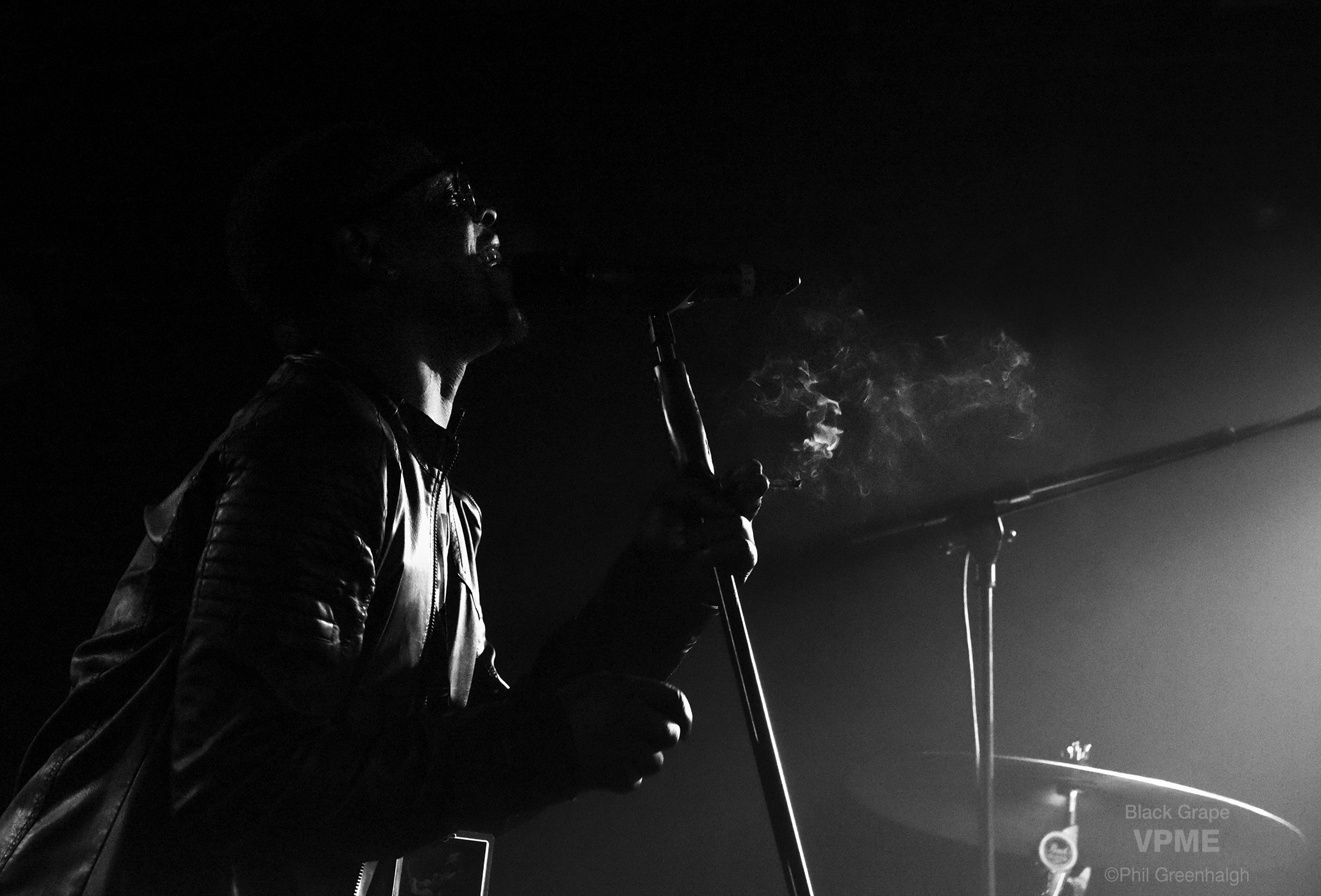 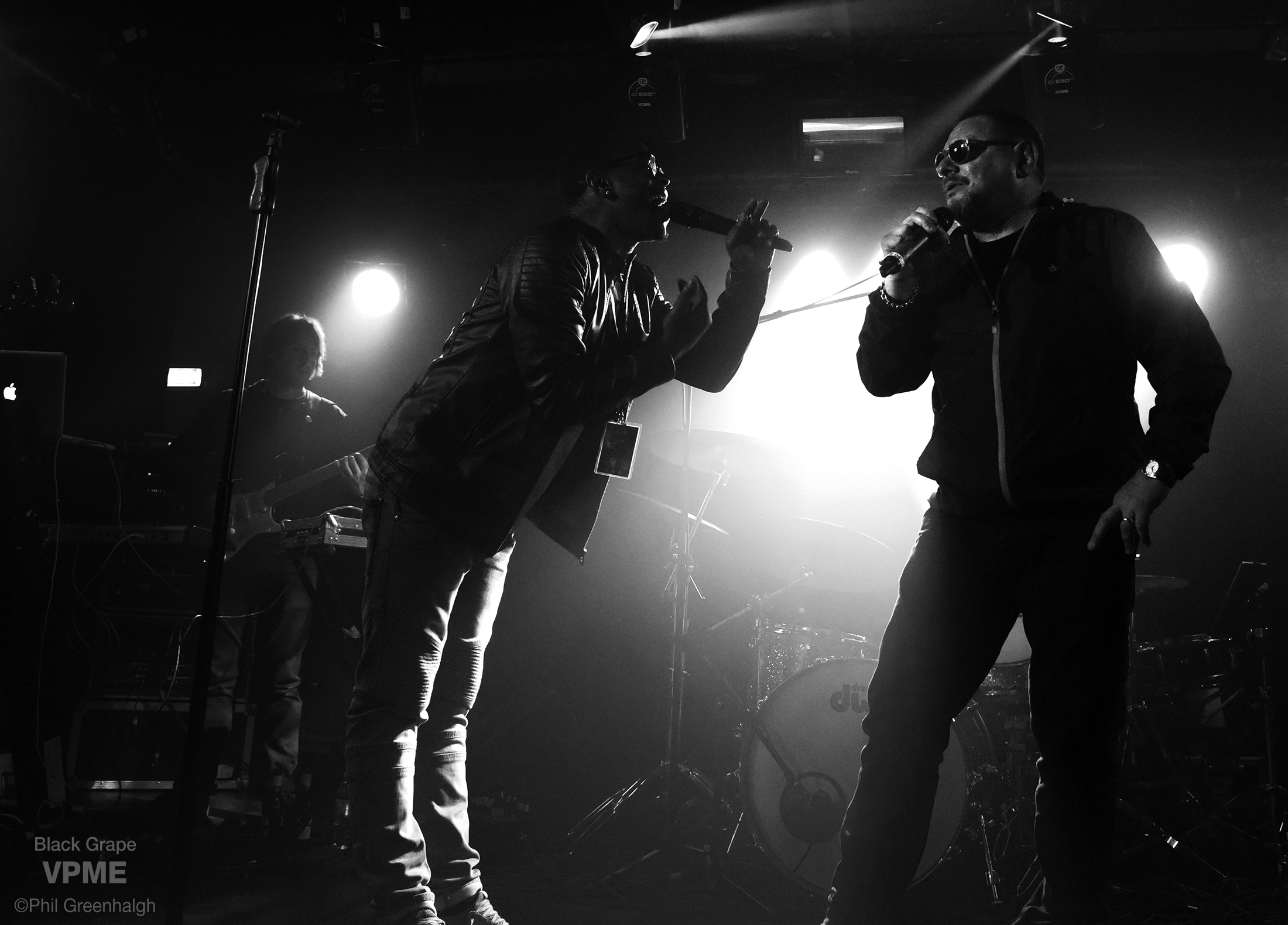 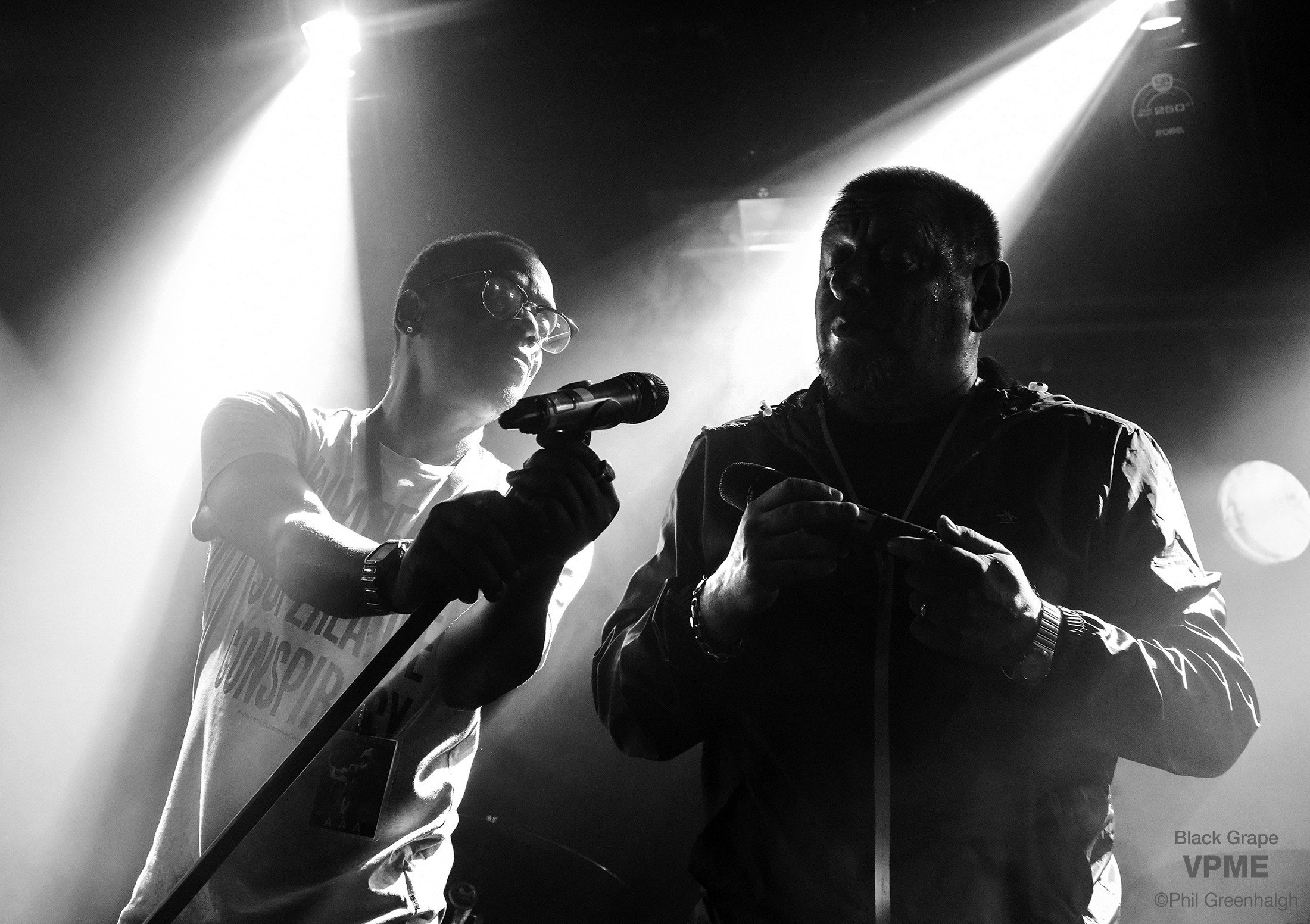 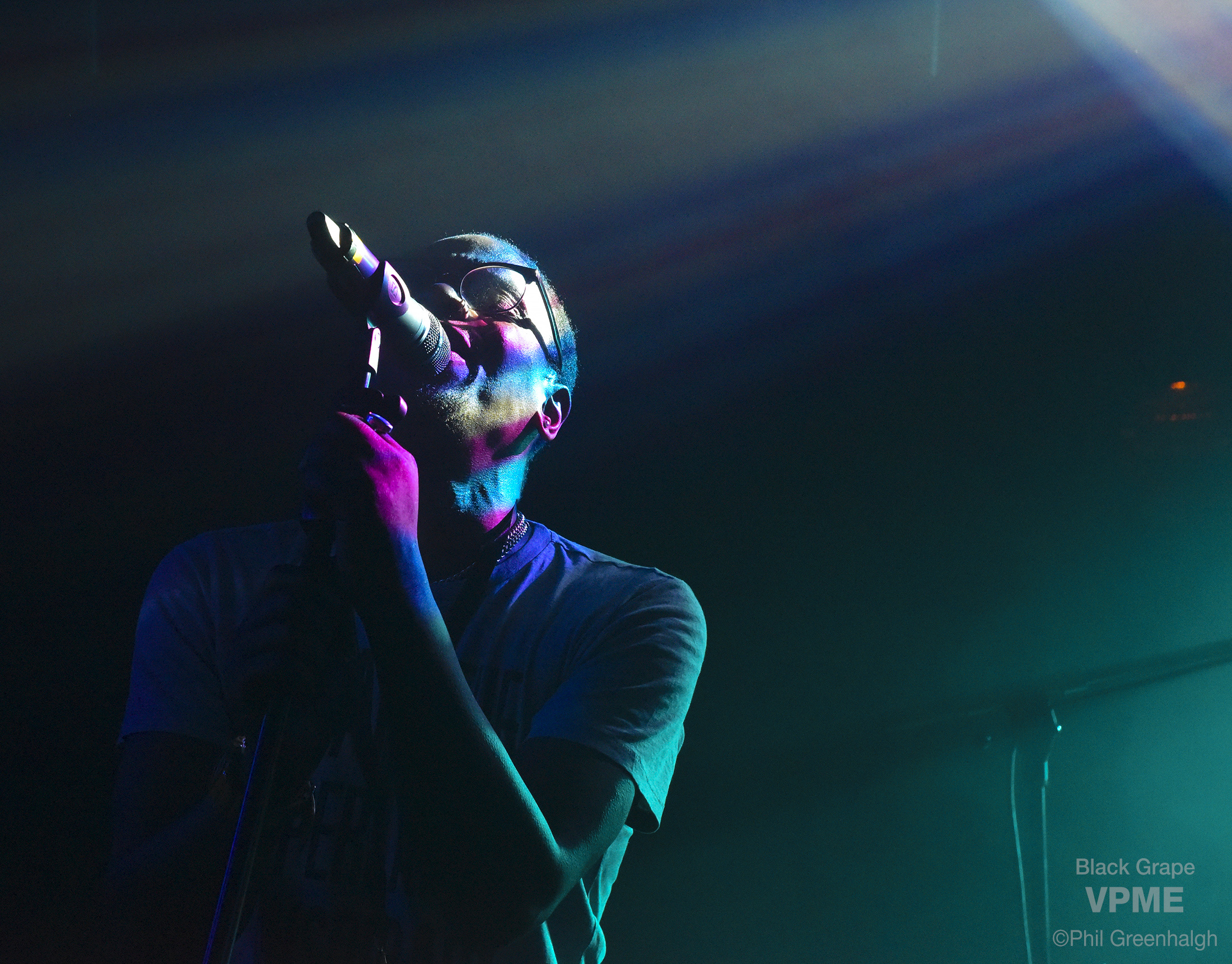 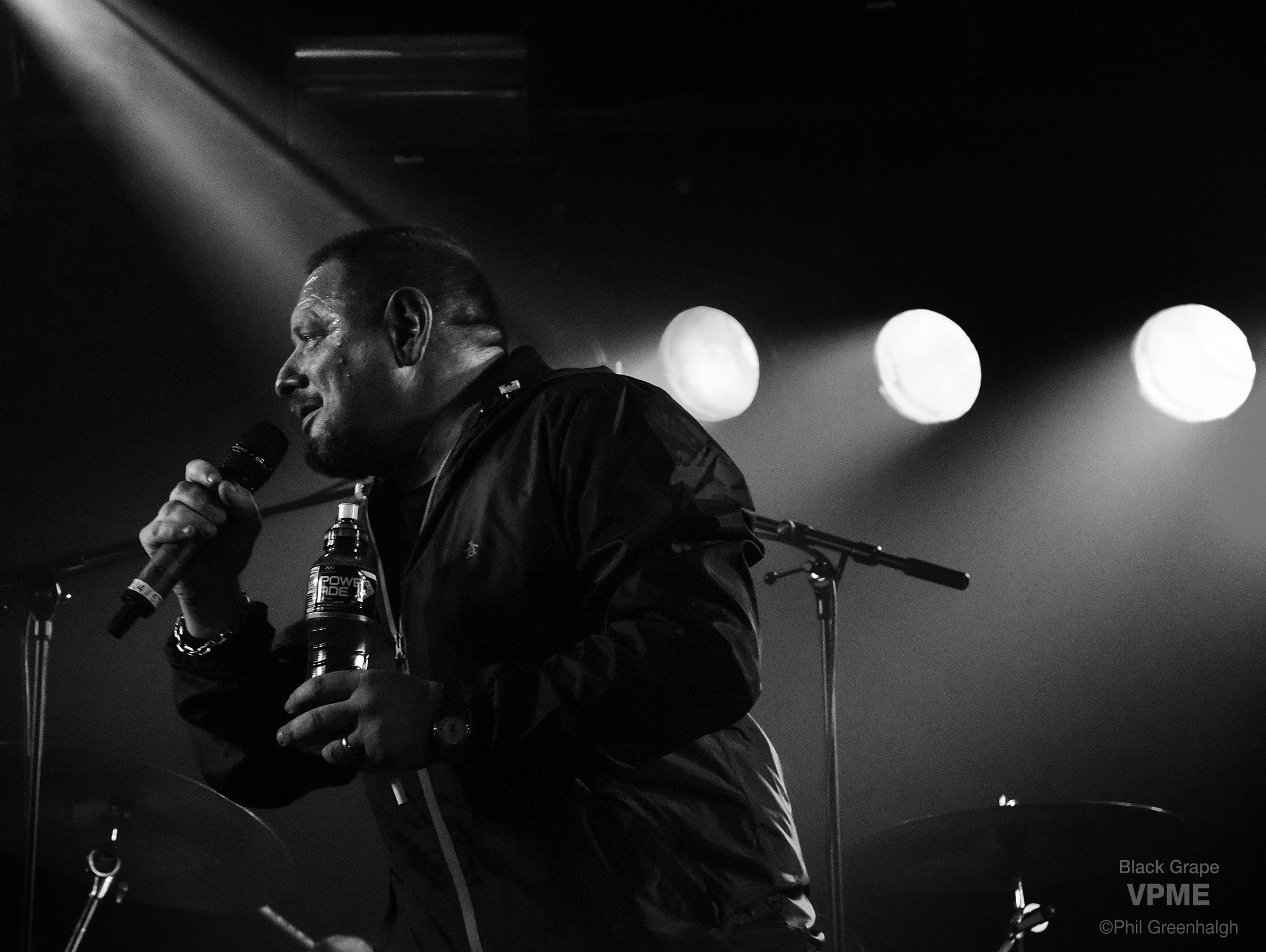 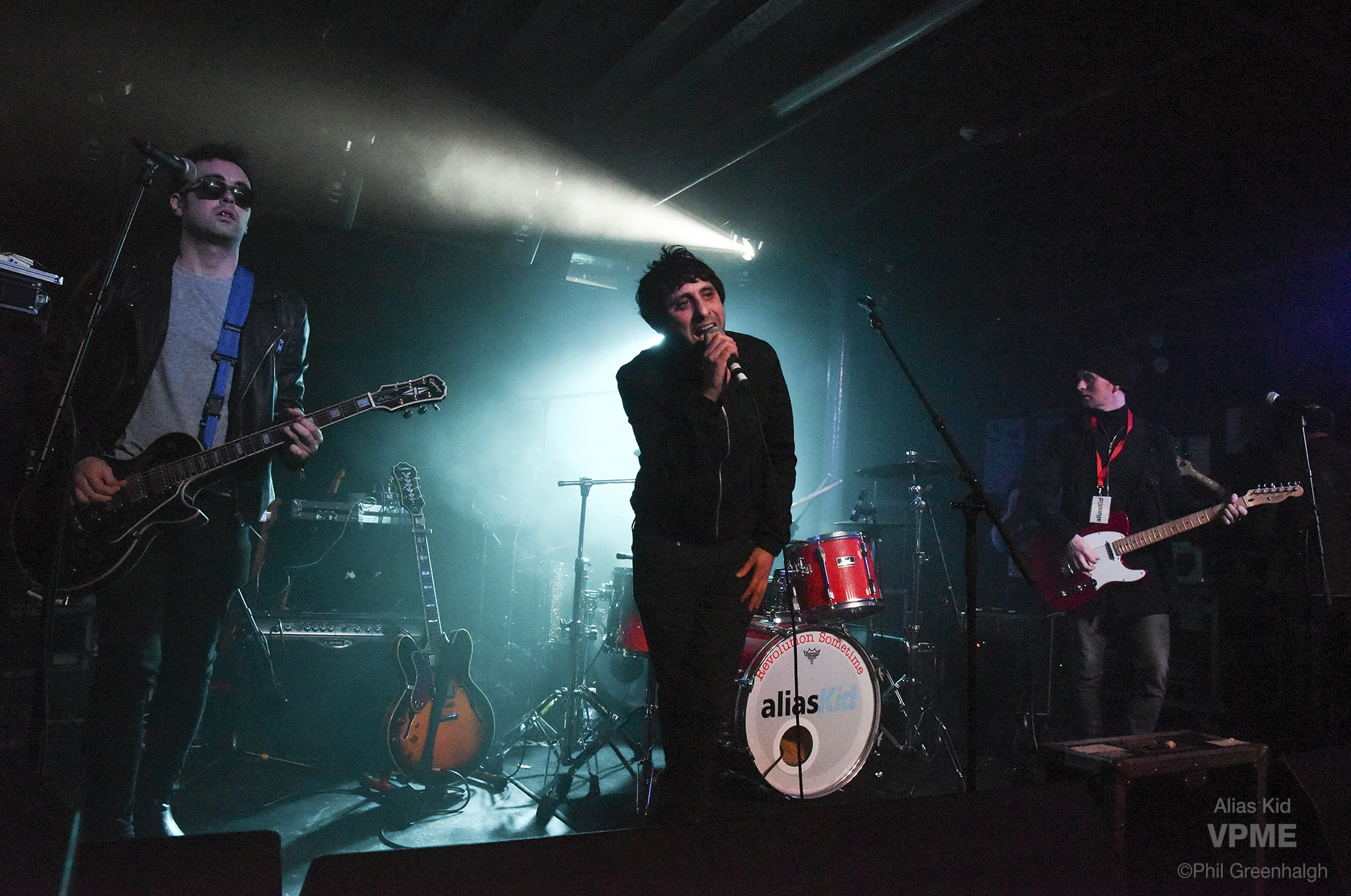 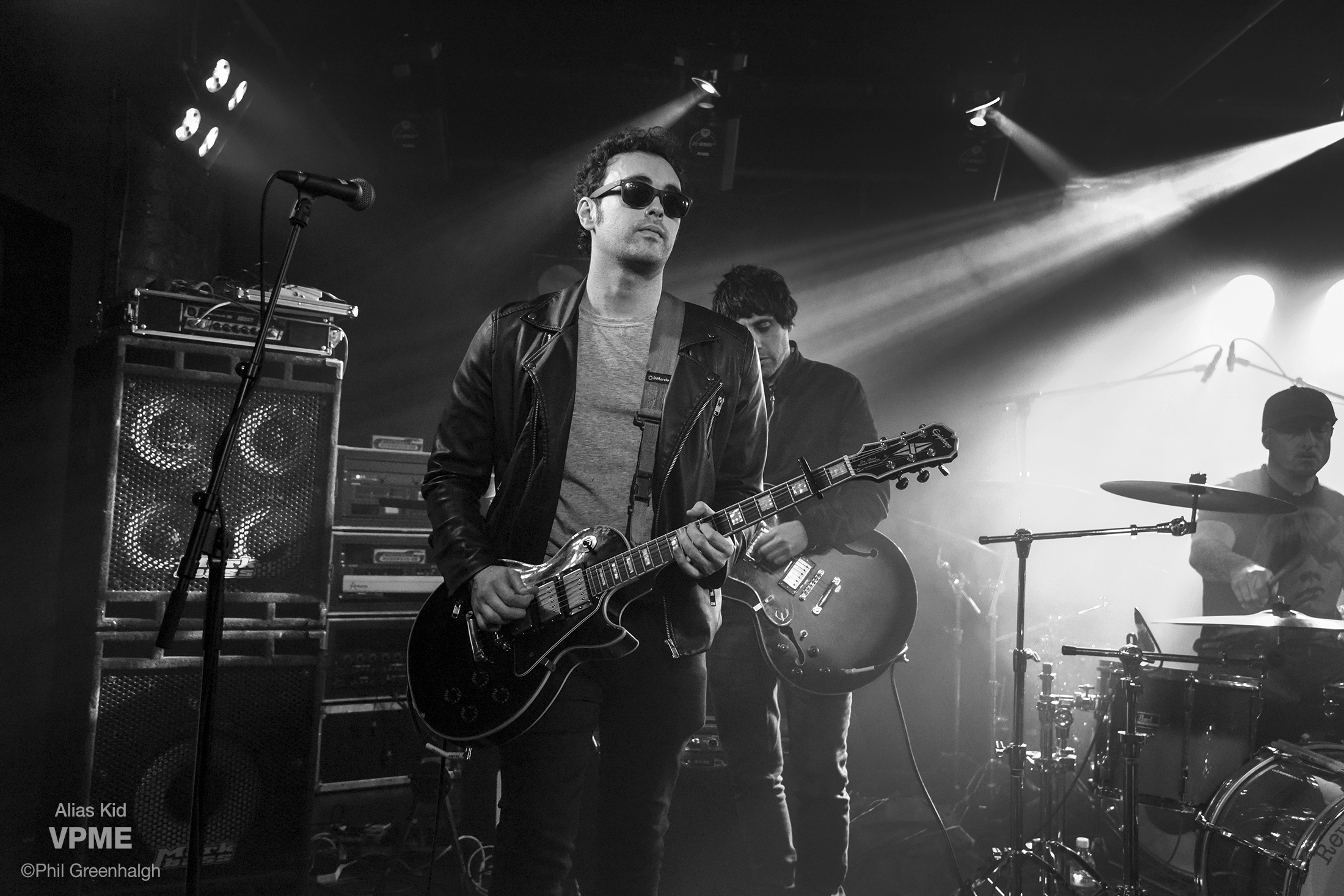 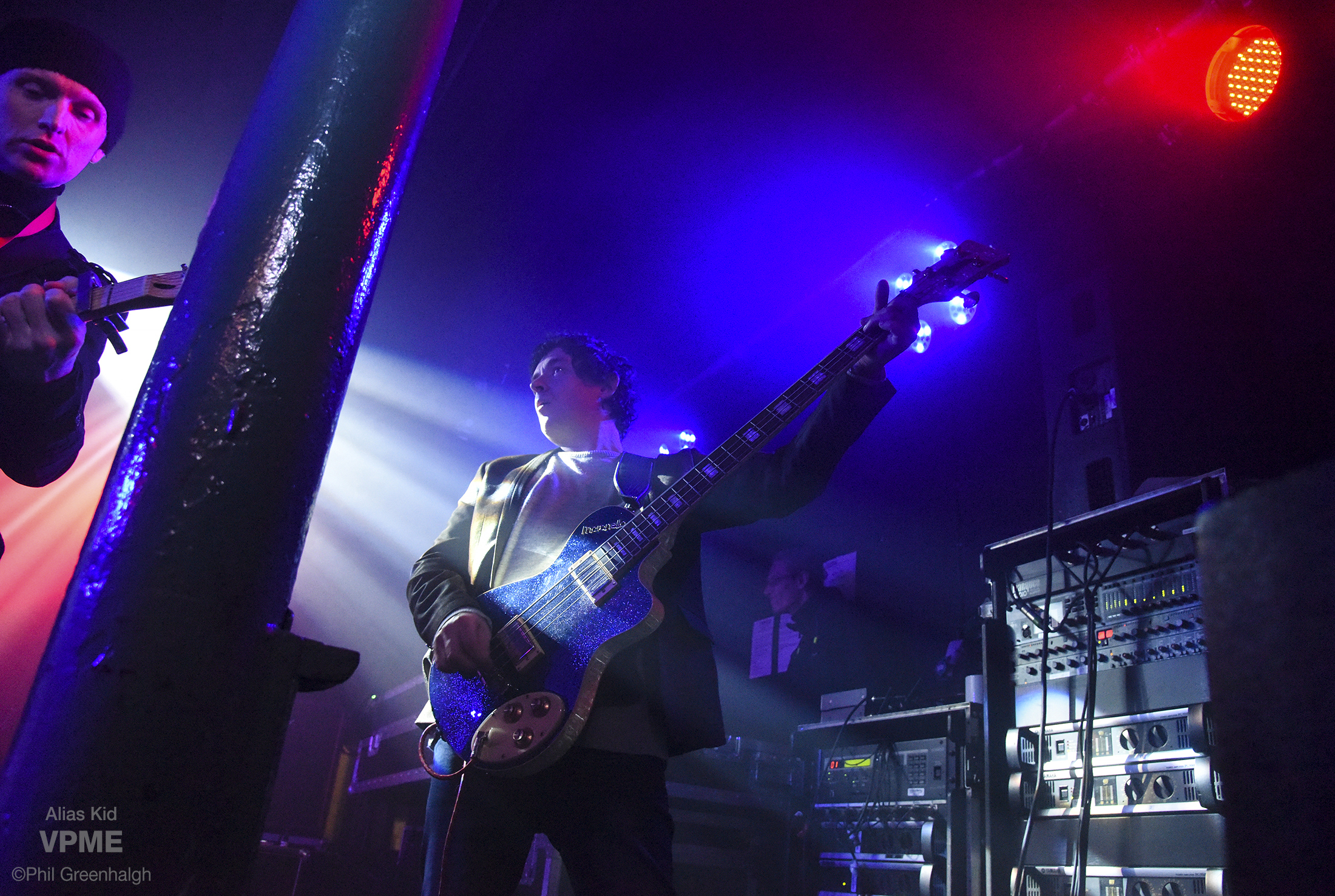