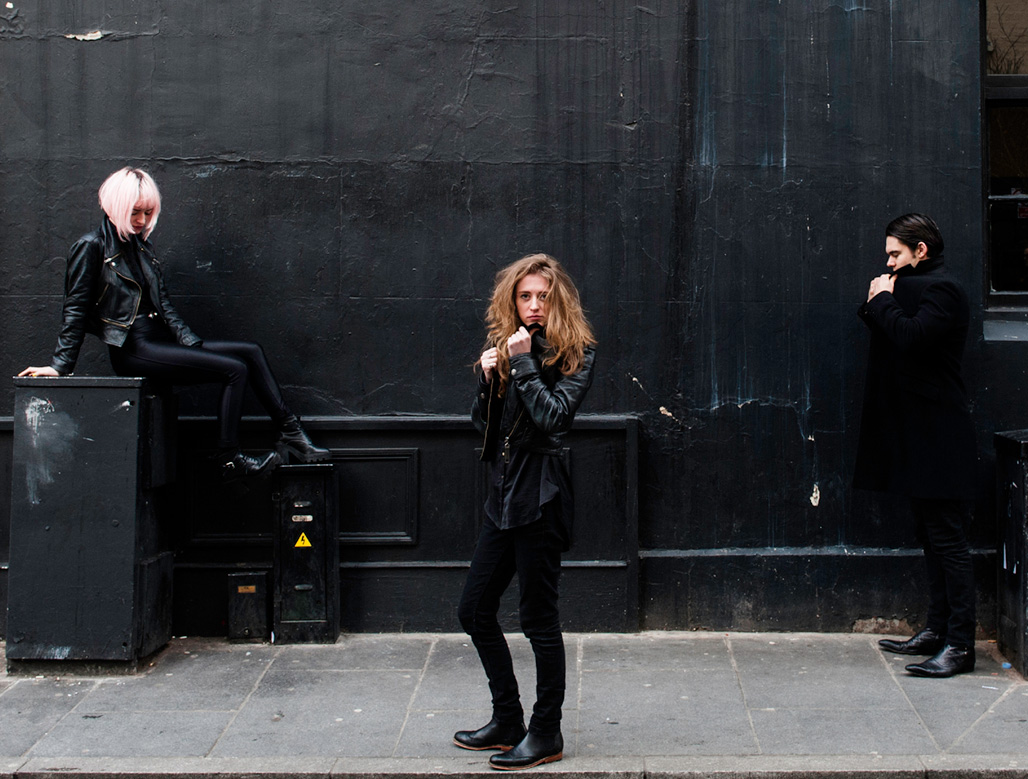 It must be pretty galling when you’re as talented and passionate a band as Bleech if you happened across the so- called ‘tastemaker’ lists that emerge at beginning of every year rammed with some of the blandest music imaginable.  We’re talking slick Costa Coffee friendly R n’b nestling alongside the fey musings of whimpering trustafarians set to a backdrop of macbooks belching limp electronic beats and loops.  There then follows the annual slew of ill thought out articles which yet again hysterically proclaim guitar music is dead.  This must be doubly galling when your second album is as triumphant as Bleech’s and it must be a slight concern that it may not garner the attention it truly deserves because the pine nut and dill brigade are promoting MOR big label endorsed shite as the future of music.  With hardly a guitar band in sight! (unless perhaps Disney Club house band Haim set your particular world on fire.)

Following their début album ‘Nude’ Bleech were somewhat bafflingly compared to artists and scenes from the past, which in reality bore little or no resemblance to the sound the band actually produced.  At the time we were prompted to write by way of contrast “Bleech are certainly not jejune revivalists feasting on the fetid carrion of a long dead scene whilst drinking from the stagnant well of nostalgia.”  We loved their spirit, self-belief but perhaps we only truly understood just how great they are when we caught them live at Liverpool Soundcity 2013.  They were ridiculously excellent.

‘Nude’ was certainly a powerful statement of intent, but didn’t quite completely capture the true essence of the band.  Since its release, Bleech made up of sisters Jennifer and Katherine O’Neil and old school friend Matt Bick have continued to hone their craft, embracing the peripatetic lifestyle of the itinerant musician- gigging relentlessly, playing venues up and down the country and headlining across Europe.  In doing so they’ve gained a loyal and discerning fan base due to the sheer quality of their songs and raw power of their live performances – their musical evolution continues in the form of their second album ‘Humble Sky.’ Clichéd as it may sound it really is a big step forward for the band and is a collection that showcases their ability to write melody driven songs of visceral power juxtaposed with a slower more reflective numbers.

The album begins at breakneck pace kicking off with the anthemic ‘Not Like You’ ‘ followed by ‘I Just Like You’ and the driving somewhat sinister sonic thunder of ‘ Love Is Free.’  The trio finally pause for breath with the downbeat bleak beauty of ‘Isolate’ which again demonstrates a growing maturity and confidence as songwriters. There is much to admire here from the primal throbbing raw power of ‘Here I Am’ through to the poignant beauty of piano led album closer ‘Grow.’  It’s an album, which really should see Bleech break through to a wider audience, despite certain media outlets embracing style over substance whilst pushing guitar bands to the margins of musical culture.  A point not lost on singer and guitarist Jen who reflects, “It’s exasperating to see so many bands choose fashion over function these days.”

Listen to ‘Humble Sky’ and then perhaps the next time a “tastemaker” attempts to make a tenuous case for the demise of guitar music, may we suggest that you politely tell them to fuck off.