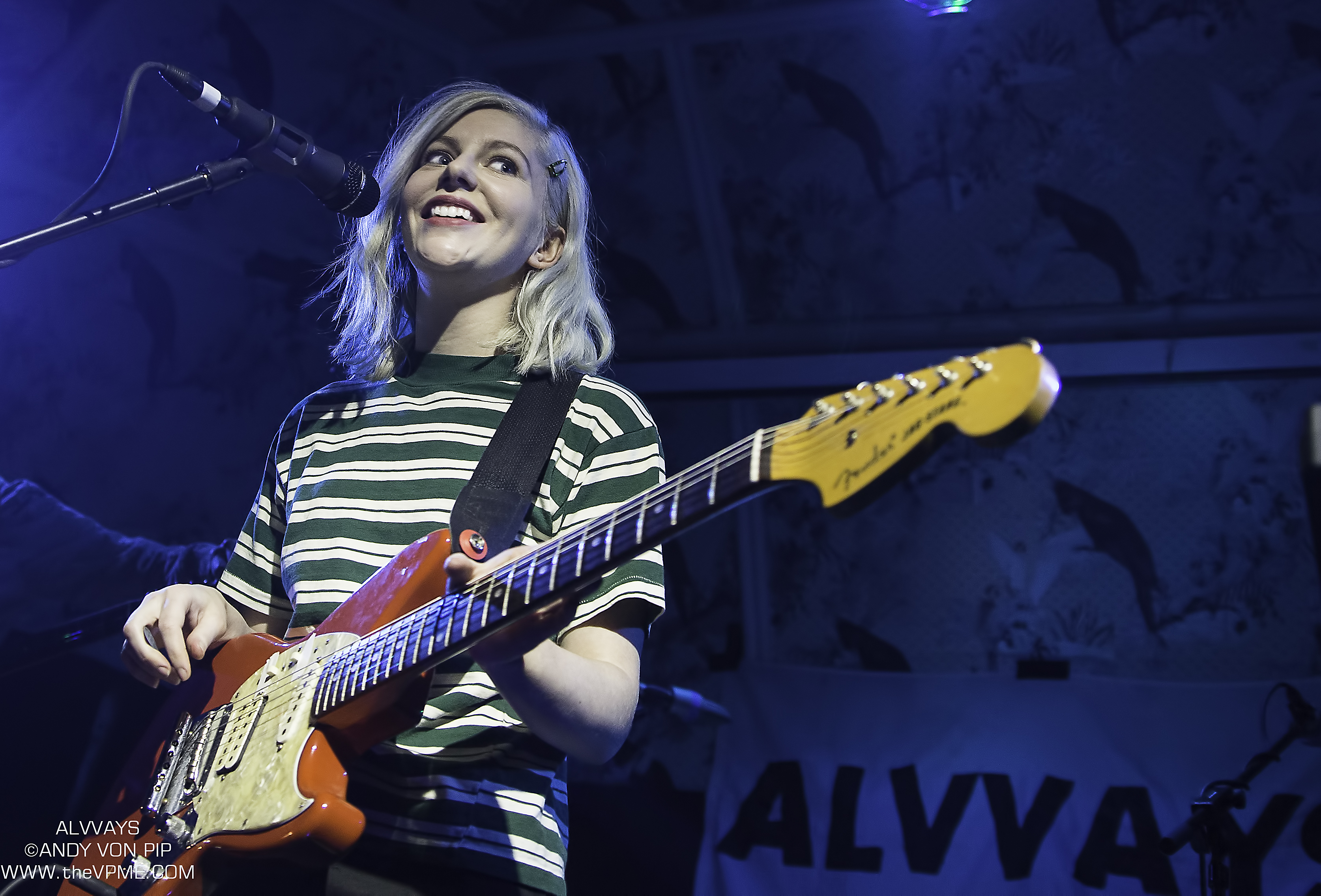 Few bands of late seem to have captured discerning indie pop fans collective hearts as quickly and as effortlessly as Canadian quintet Alvvays.  Their self-titled debut album appeared in a plethora of “best of 2014” lists (including our own) whilst the anthemic, sweetly caustic ‘Archie, Marry Me’ became something of an indie classic.  The album provided unassailable proof that there’s more chance of George Osborne becoming a card carrying socialist than Alvvays being consigned to the one hit wonder bargain bin of jangle-pop history.  This is a band who are here to stay.  Their debut headline UK tour is currently underway and many venues have sold-out in double quick time prompting the band to announce more shows, in bigger venues later in the year.  Their quality as songwriters and live musicians was very much in evidence on the first date of the tour, kicking off with a stellar performance at Manchester’s Deaf Institute. 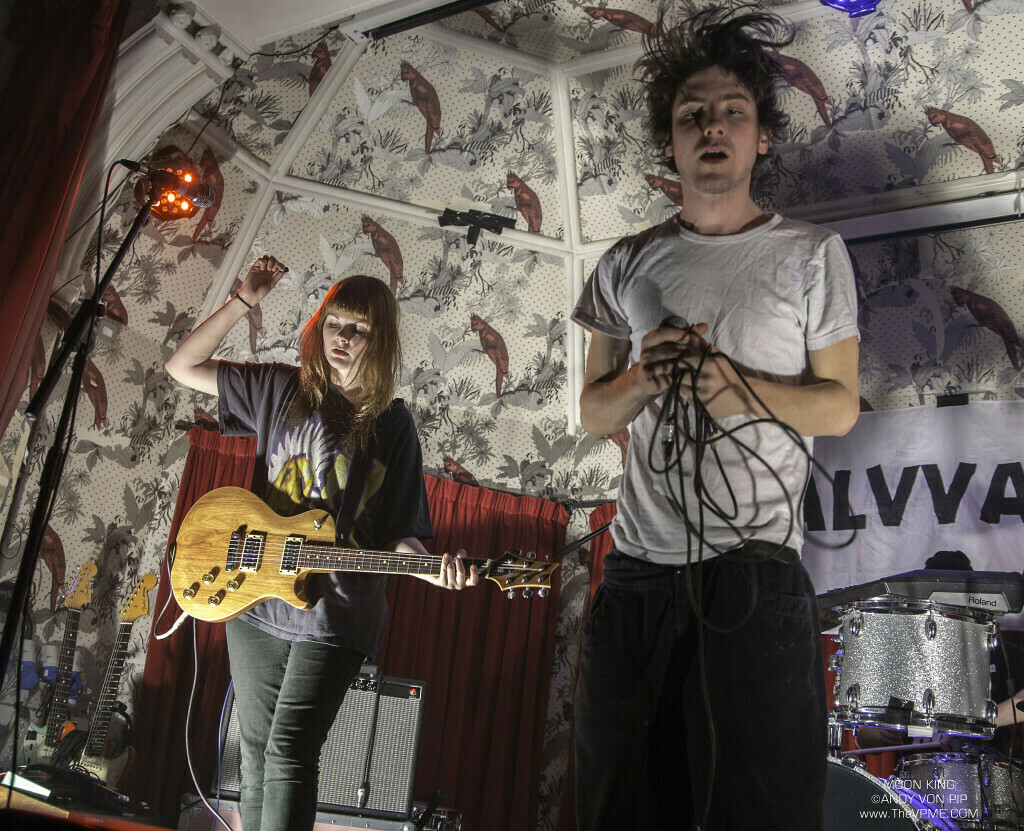 The opening act, fellow Canadians Moon King (currently listed as being on the excellent Last Gang Records) have a creative nucleus that appears to revolve around Daniel Benjamin on vocals and Maddy Wilde, on vocals and guitar.  Despite having just stepped off a plane the band showed no sign of jet lag and Daniel was a hugely compelling presence, hurling himself about the stage wrestling with his mic stand, and in possession of the swagger of a young, better looking Mick Jagger meets Jim Morrison.  Musically Moon King are quite difficult to pigeonhole, Daniel’s soaring vocal and Maddy’s guitar cut a crunching and satisfying swathe through the majority of the bands hugely impressive set, combining ethereal art pop, experimental electronica with fizzing dreamrock. 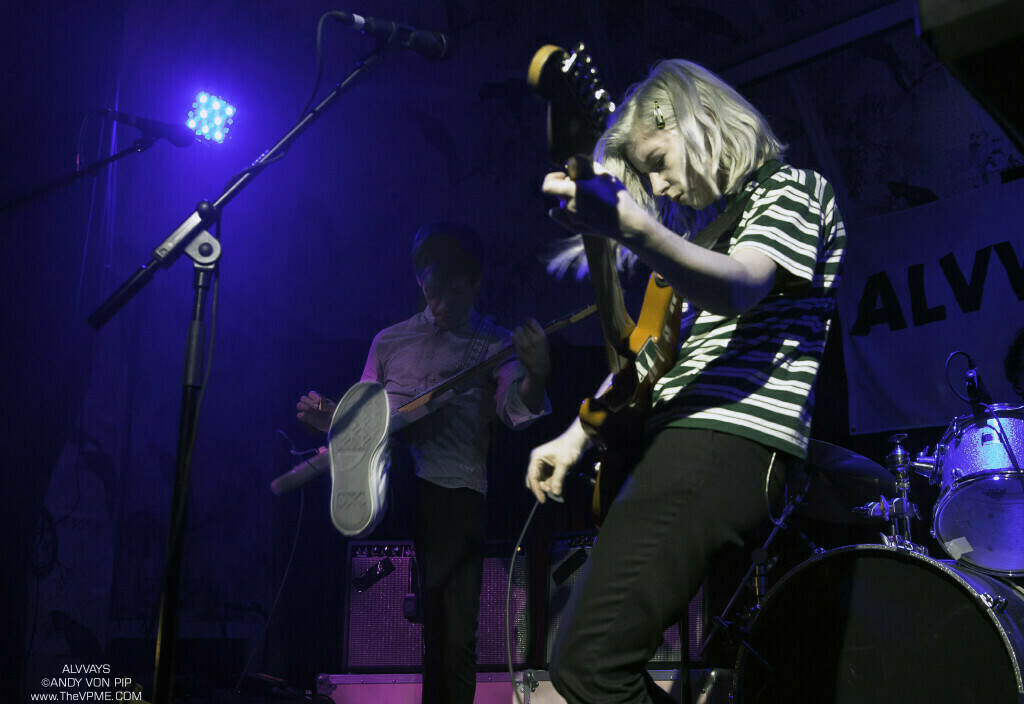 Alvvays arrived on stage at the sold out Deaf Institute to a roar of approval and proceeded to rattle through their sublime debut album with the assurance of a much more experienced band.  Lead singer Molly Rankin’s initial frown soon evaporated as she released she was amongst friends, in fact you got the impression that the band were perhaps somewhat overwhelmed by the response as evidenced by grins of delight throughout the set.   Chat between songs was kept to a minimum although Molly informed us she’s alvvays(!) been a big fan of the Manchester music scene, indeed their Instagram feed shows them taking the “obligatory pilgrimage” to Salford Boys Club.  She also let slip that she was once obsessed with Captain Monobrow himself, Noel Gallagher and rather sheepishly informed the crowd that the first album she bought was the somewhat uninspiring mutton fingered ‘Heathen Chemistry ‘but, hey it’s cool, I worked my way backwards after that.’  ‘Adult Diversion,’ ‘Atop A Cake’ the wonderfully dark  ‘Next Of Kin’ demonstrated that the band sound just as good live as they do on record, and for good measure they also threw in a wonderfully exuberant version of Deerhunter’s ‘Nose Bleed.’

Predictably, ‘Archie Marry Me’ got the biggest cheer of the evening. However, the reaction to ‘Party Police’ almost matched it, and prompted one punter to shout, with genuine emotion ‘this is MY song.‘  And that kind of sums of the beauty of Alvvays music, behind the seemingly sunny, deceptively carefree sound lie darker universal themes, ones that really do connect with people on an emotional level.  They finished their set with a marvellous new song ‘Haircut’ and then reaffirmed their indie pop credentials with a blistering cover of The Primitives ‘Out Of Reach.’ 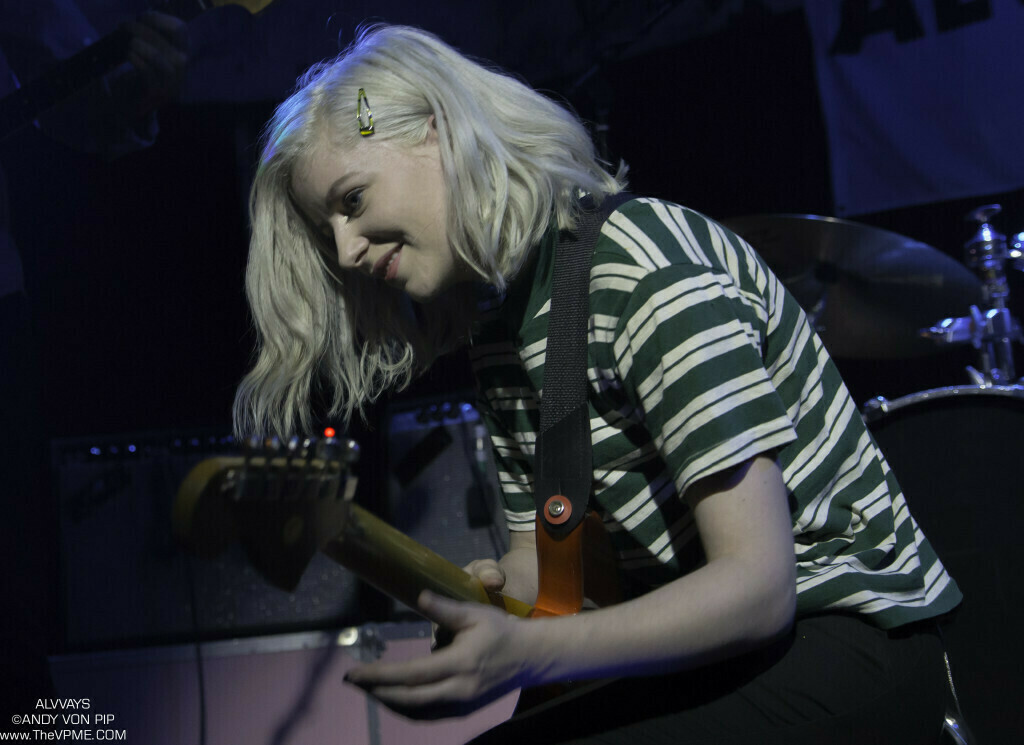 As the band exited stage left, the overriding feeling that lingers is that this is just the tip of the iceberg and the next few years could see them ascend new heights, which perhaps even they, in their wildest dreams could barely conceive.  The night provided proof positive that Alvvays are fantastic band, and one who appear to be on the cusp of indie greatness. 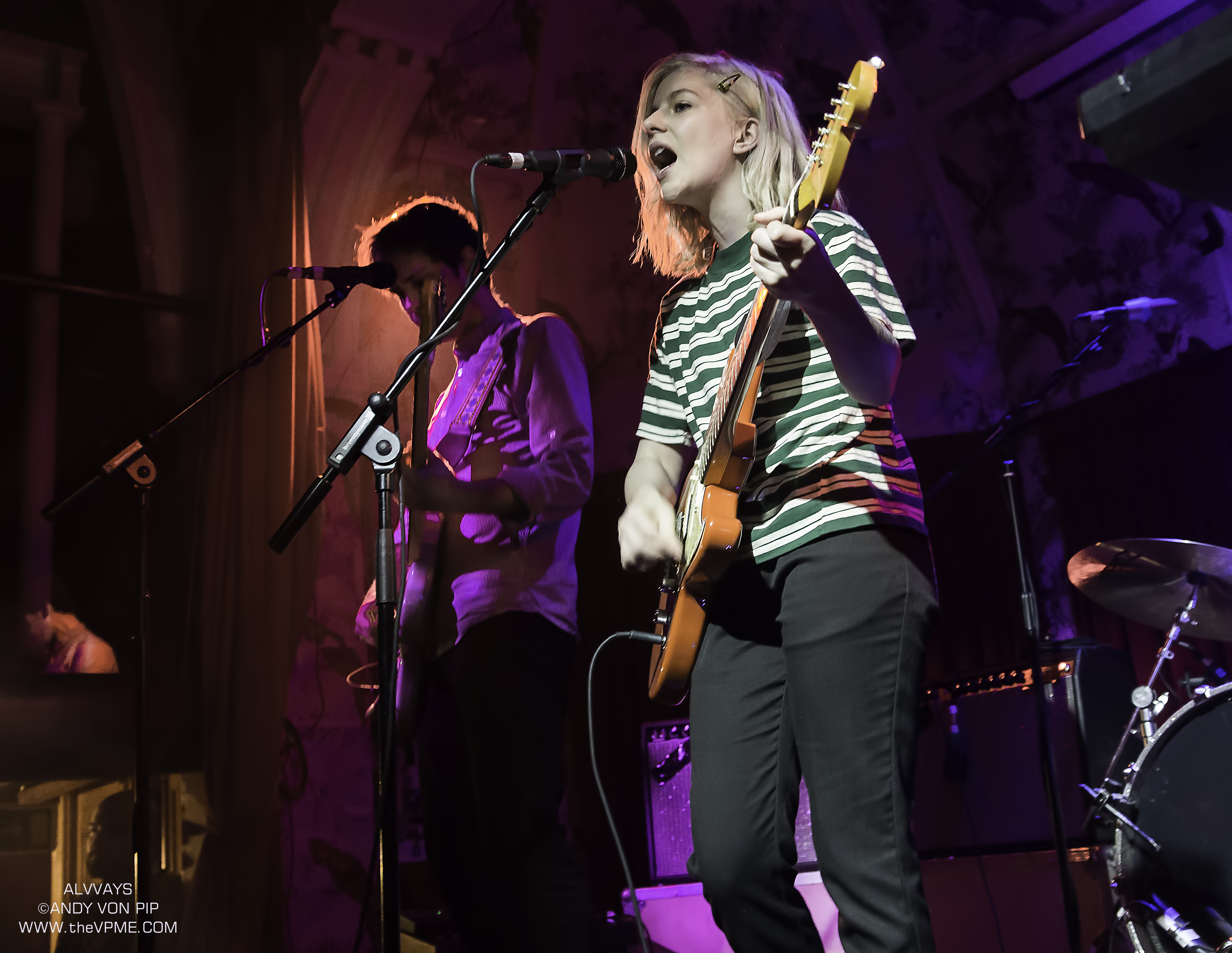 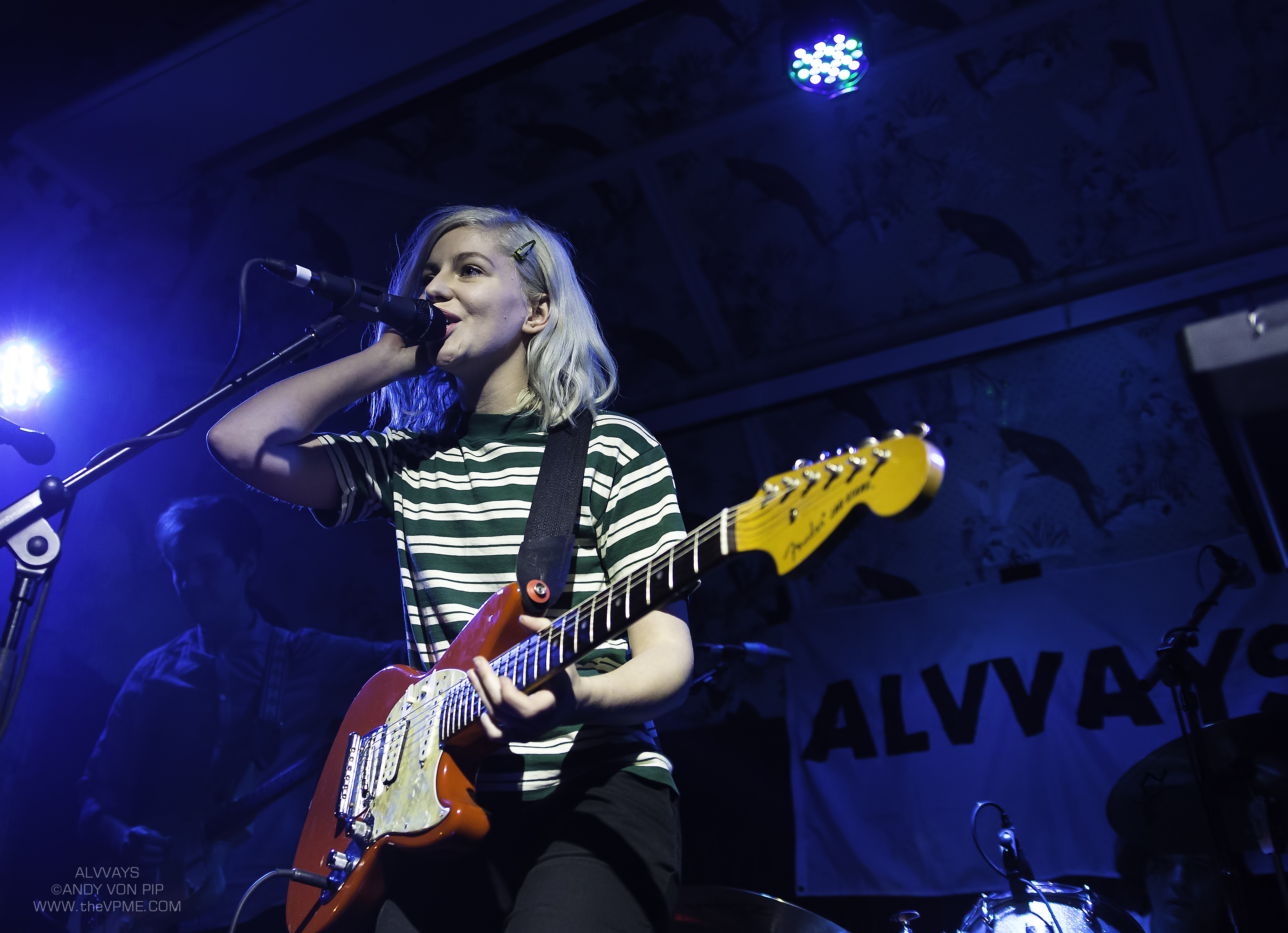 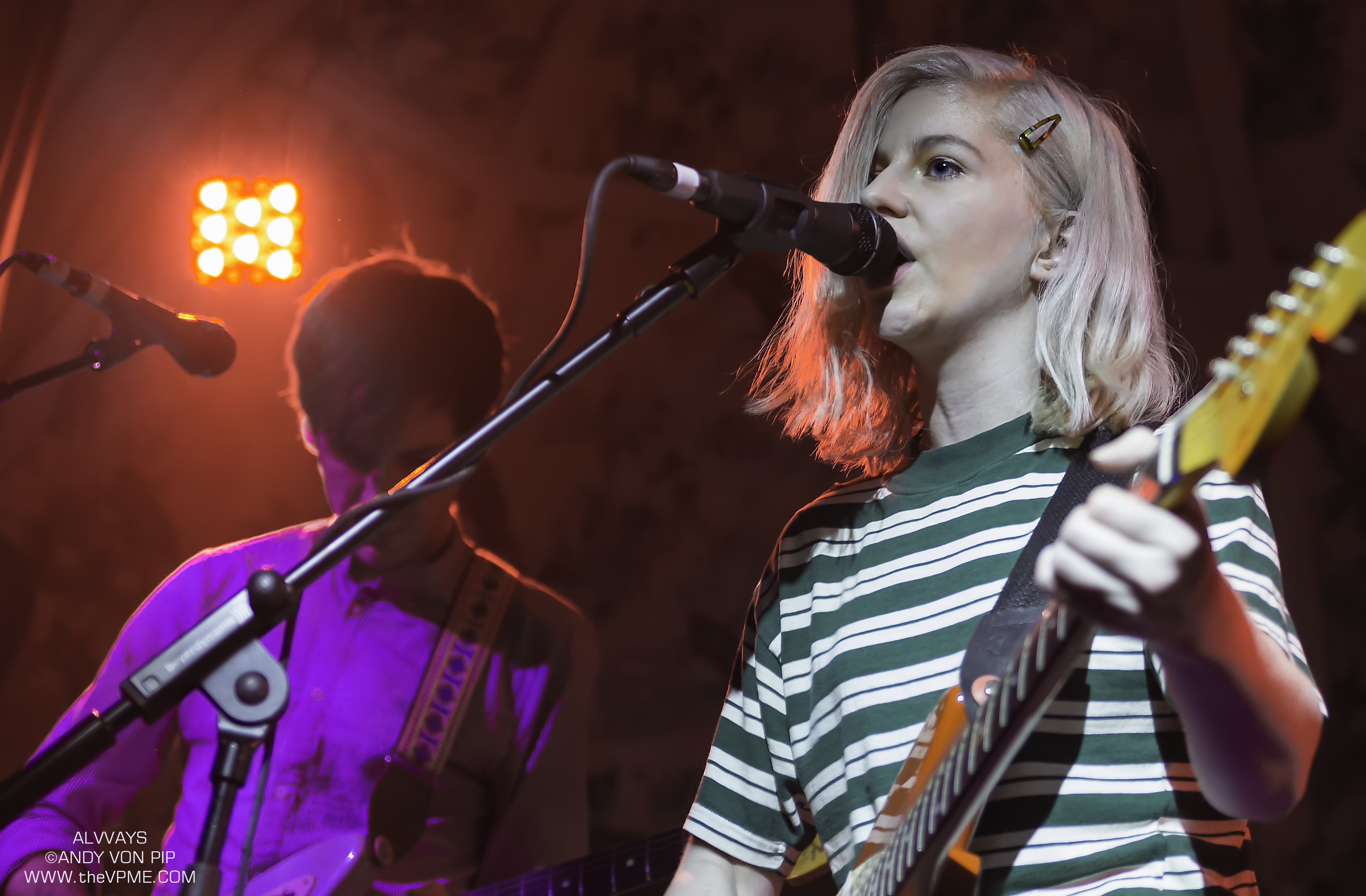 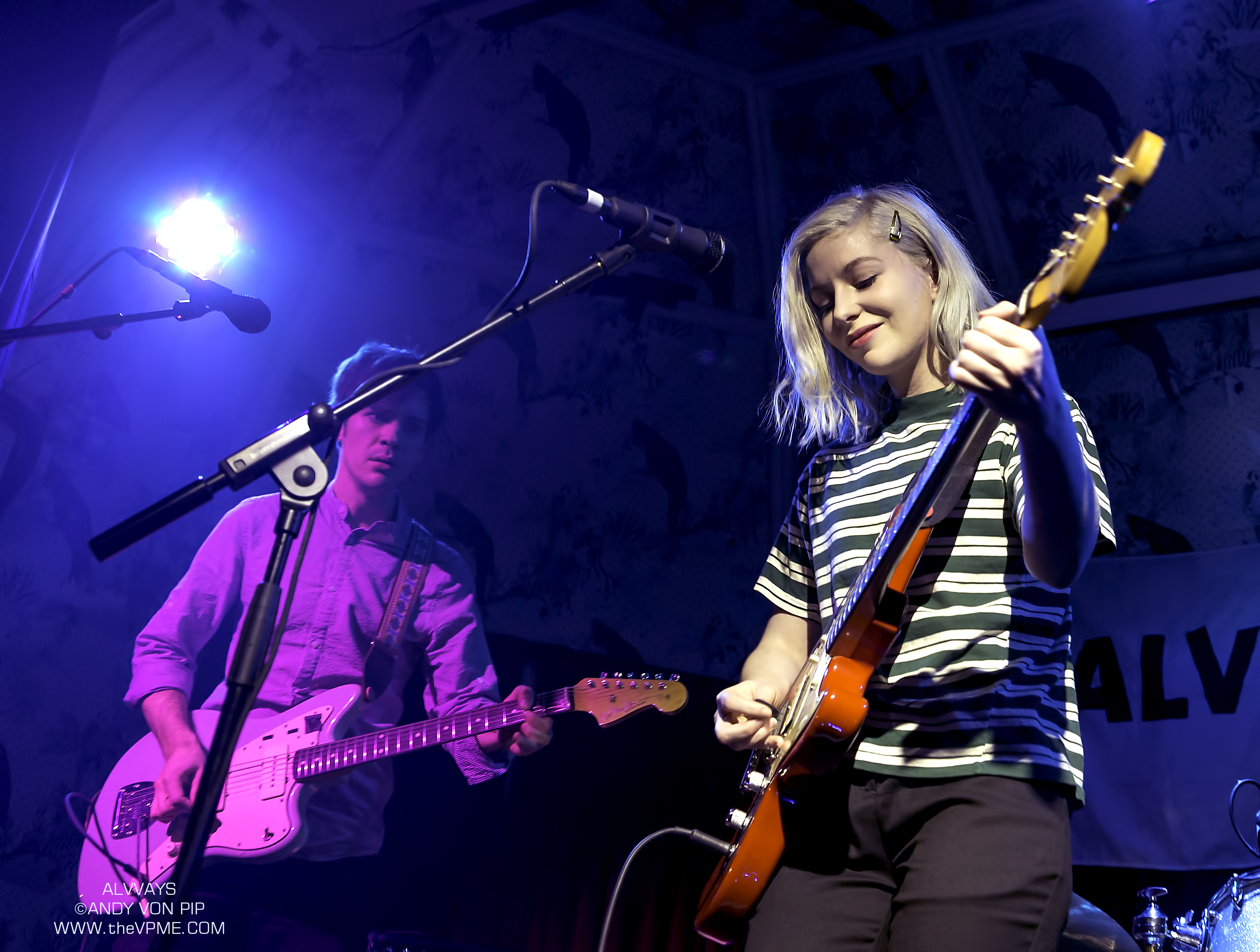