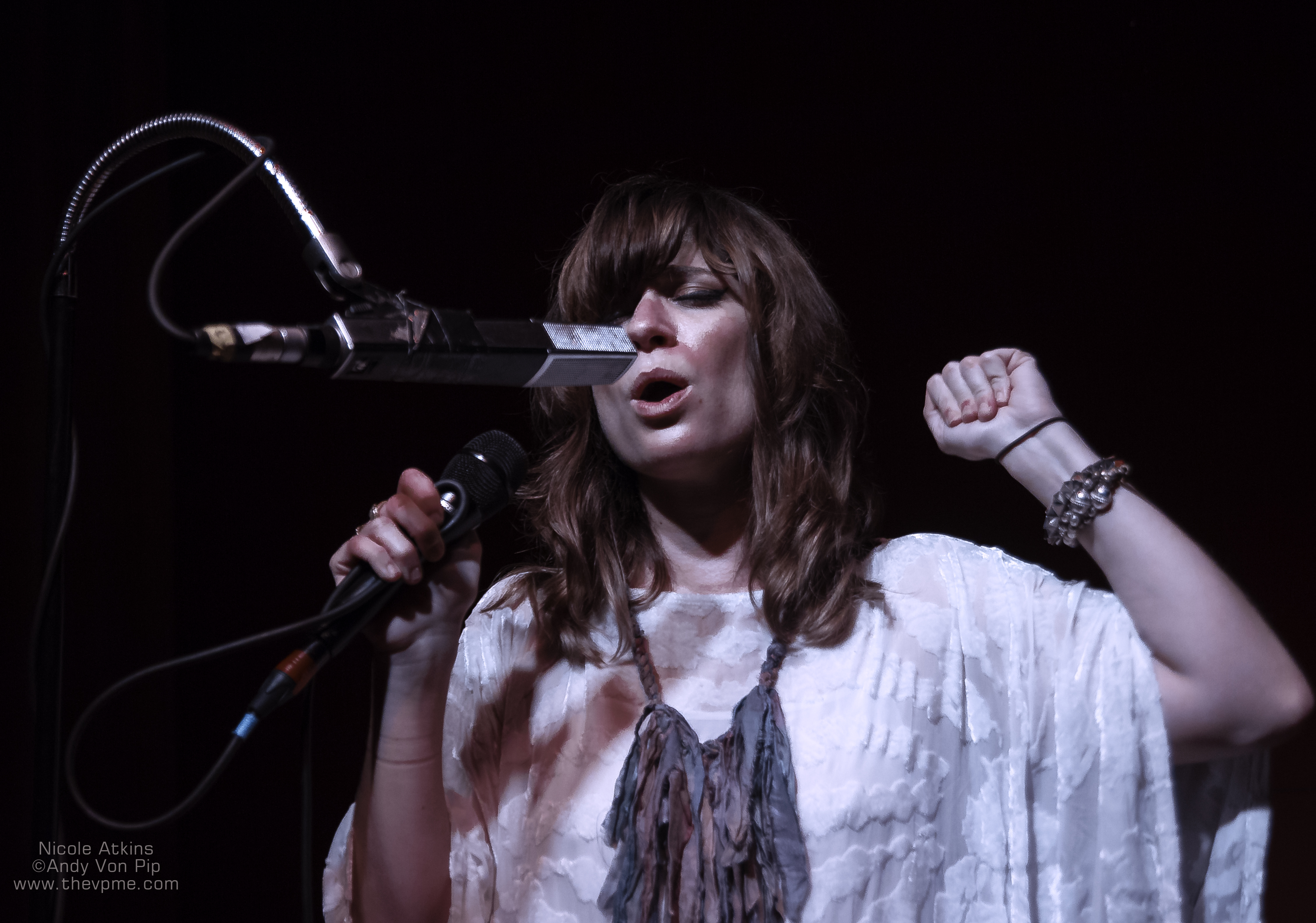 If you get to see a better singer in the live environment than New Jersey gal Nicole Atkins, you’ll have doubtless attended a truly exceptional gig.  Because as stunning as Nicole sounds on record it’s when you see her live that you really appreciate the richness, depth, power and emotive quality of her voice.  Having been fans since her 2006 debut EP ‘Bleeding Diamonds’ we’ve followed her progress with great interest and her recent show at Manchester’s Gulliver’s was something very special indeed.  The consensus after a fantastic set, was – A. that we had been incredibly lucky to be able catch this kind of star quality in such an intimate venue and B.  Why on God’s green earth is Nicole not playing to the sort of audience sizes that say, the charismatically challenged Lizzie Grant seems to be able to conjure up with far less ability?  The eternal debate as to why the egregious “nails down a blackboard” caterwauling template is still promoted by powerful players within the music industry will doubtless rage on but it doesn’t take a genius to work out that Nicole wasn’t comfortable with the creative handcuffs big music labels often slip onto their artists wrists.

In 2007 Columbia Records released Nicole’s classic  “pop noir” debut album ‘Neptune City’ which saw her appear on ‘Later With Jools Holland’ and ‘The David Letterman Show’ but as album two was discussed it became apparent that she and the label were on totally different creative pages.  Instead of giving in to pressure and becoming “the next Alanis Morissette,” Nicole stood her ground and eventually her much rawer sounding second album ‘Mondo Amore’ was released on indie imprint ‘Razor and Tie Records.’  For album three ‘Slow Phaser’ she decided to go it alone and her hilarious Pledge Music video to set up her own ‘Oh Mercy Records’ label tells us all we need to know about how ‘big music’ operates. 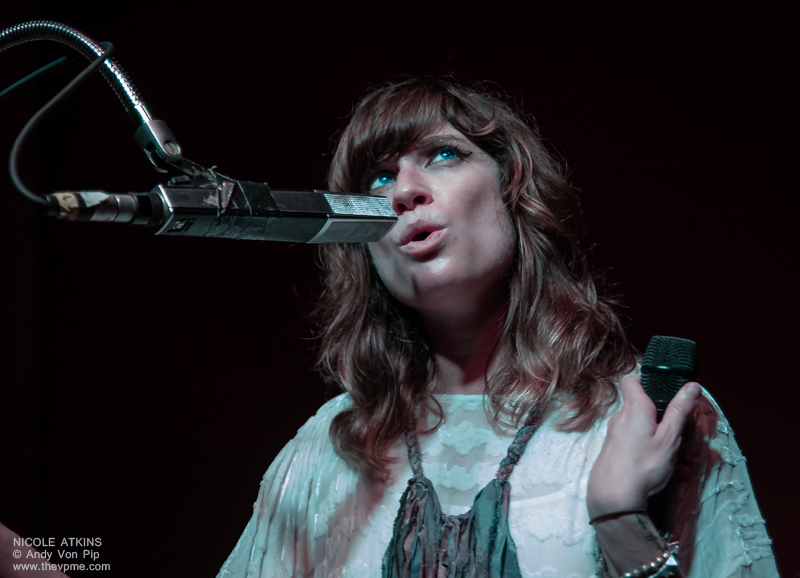 Never one to conform Nicole opened her show at Gulliver’s in Manchester, by arriving not on stage as is the norm but in the middle of the audience to produce a sublime unplugged version of the title track from her debut album ‘Neptune City’.  All three albums were well represented in a thoughtfully curated set list, and as you’d expect the majority of the songs, came from her new album ‘Slow Phaser.’  Happily this included our personal favourite ‘Gasoline Bride’ (a song Nicole explained is about “killing people in the desert because you don’t want to get married” which all sounds rather ‘Kill Bill’!)  In addition, the audience were also treated to a couple of beautifully realised covers such as Lee Hazelwood’s evocative ode to ageing ‘My Autumn’s Done Come’ (written when he was just one year older than Nicole is now).  There was even an audience participation moment as Nicole cajoled the crowd into sing along to the quirkily titled  ‘ I Don’t Know What Country Is, But I Know What Country Was’ before informing us that in New Jersey if she’d suggested this kind of interaction the audience would invariably retort ‘hey fuck that, YOU entertain us!  ‘  There’s also time for a new song ‘Gold Wars’ written with her friend and collaborator Jim Sclavunos (The Bad Seeds/Grinderman/The Cramps) and fittingly for a singer once described as a female Roy Orbison Nicole finished the set, where she began it in the middle of the crowd, with a stunning rendition of the Big O’s classic ‘Crying’

Nicole once said in an interview that she’d made a decision to “gravitate toward people who made me feel awesome” instead of those who made her feel insignificant.  And above a pub in Manchester in a packed and incredibly sweaty room, there wasn’t a soul in attendance who has going to call into question the awesomeness of Nicole Atkins.

She’s got three more dates left in the UK , before returning to the States, and we really do suggest you check her out if you get the chance, we guarantee you won’t be disappointed.

A word too for the support band The Colours, who may have looked like a typical student collective,  yet sounded like an intriguing fusion of The Stone Roses neo-psychedelia, classic shoegaze, and vocally on occasion not too dissimilar to The Cure. Definitely ones to keep your ears out for as their short set seemed to be bristling with quality tunes.