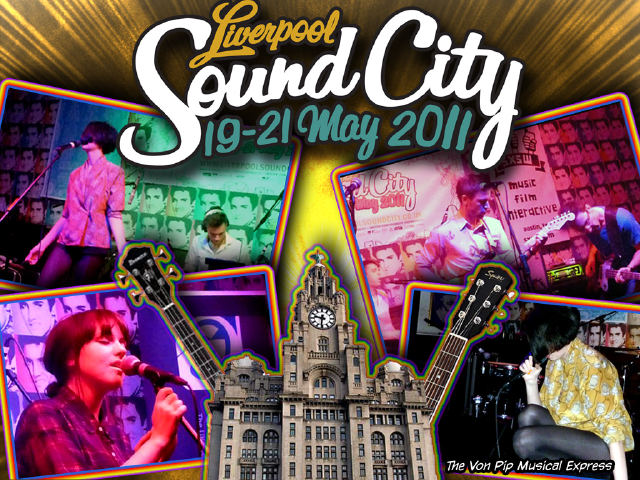 Over  three hundred bands in just three days across thirty plus venues?  It can mean only one thing, Liverpool Sound City is back!  And what an amazing three days it was! Highlights included fantastic performances from some of our favourite artists, random meetings with amazing people, a great buzz around the city and for added authenticity there was even  a rock n’ roll injury thrown in for good measure!  This year’s showcase for new upcoming artists really had the lot, capturing the essence of what makes live music such an exciting collective experience.

If you ask people what Liverpool is universally renowned for, the  polite response would certainly include football and music (as well as perms obviously.)  Therefore it must be  doubly frustrating for many within the city to see  their great rivals just up the M53 motorway break longstanding football records, coupled with the fact that Manchester is now touted as the premier northern city for  music.   But Liverpool has undergone a huge cultural and economic renaissance in recent years and it’s fighting back. You can forget the tribute band hell and missed opportunity that is the Matthew Street Festival ( why anybody would want to watch a plumber called Barry from Dudley dressed up as Freddie Mercury or a Tibetan Supertramp tribute band made up of yak shepherds  is quite frankly  beyond our comprehension) , it’s Sound City  that is fast becoming the real jewel  in Liverpool’s musical crown.  This year has definitely  been the best yet and showcases what this city has to offer as a musical and conferencing centre, ranging from traditional venues such as The Masque,  The Mojo, The Shipping Forecast,  The Kazimier and the Zanzibar  to unique locations such as the iconic neo classical splendour of  St George’s Hall, the Bombed Out Church and the Cathedral Crypt.  It also proved that Liverpool is no longer happy to be defined by  it’s musical past and is ready to  free itself from the historical shackles of  the worlds most succesful boy band… with a vengeance.

And so without further ado here’s Part 1 of our non chronological highlights.

The Good Natured  @ The Mojo. 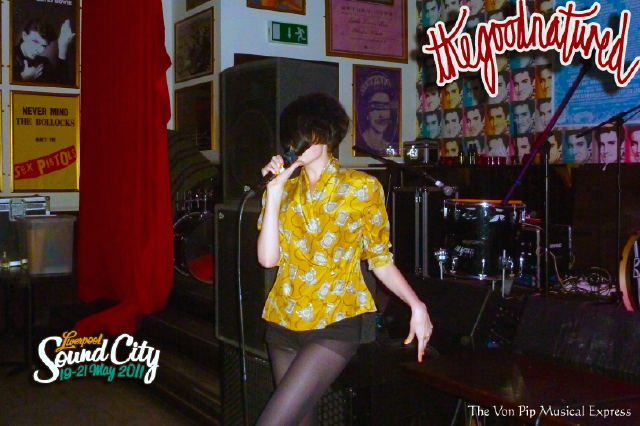 We’ve featured The Good Natured regularly on the blog quite simply because we love their amazing electro goth pop noir and think Sarah McIntosh has certainly got all the attributes to become a national treasure.  We first came across Sarah’s work a few years ago in the shape of her beautiful ‘Warriors EP’ and we  knew straight away we had stumbled onto a very special talent indeed.  After tipping The Good Natured as our own ‘Sound Of 2011′ we knew that the only thing stopping us attending this gig would be Armageddon (or maybe man-flu.)  The Good Natured are now a trio with Sarah accompanied by George on drums and her brother Hamish McIntosh on bass and  they certainly didn’t disappoint giving us one of our favourite displays of the entire festival.  Sarah mesmerised the audience with an amazing performance as she  prowled around the venue during a number of impromptu sashaying walkabouts involving the world’s longest microphone extension and some slightly bemused looking gig goers.

The Guardian recently described her music as ‘a delightful kind of bubblegoth’ and there is some truth in the “Siouxsie does electro pop “  comparisons but such  tags don’t really do the band justice and indeed may give the erroneous impression that Sarah’s music may be slightly contrived or throw away when the reality is, nothing could be further from the truth.  She can certainly write huge pop monsters with more hooks than New Order’s bassist at a pirate themed family reunion, as the lead track from her latest EP, the sexually provocative ‘Skeleton’ aptly demonstrates. But there is much, much more to her song-writing which is passionate, emotive, deep, poetic, haunting and often touching.  On this showing she’ll be huge and it was a privilege to see her in such a small venue. One suspects in a year or so she’ll be playing to much larger audiences, in fact if she isn’t we’ll be asking questions in the Houses Of Parliament and DEMANDING answers.  The only downside was after the set finished,  a stage to floor-spatial- misjudgment left poor Sarah  with a broken foot, but she still managed to limp over and have a chat prior to her trip to A&E, showing that even when in pain she  still lives up to her band’s name.   And in truth on tonight’s showing it was actually the audience who fell for her, a genuinely fabulous performance. Lets hope she gets well soon. (Interviews here, here oh and here )

Here’s an exclusive stream from the new ‘Skeleton’ EP released 20th June 2010 called ‘The Hourglass’ which we think demonstrates all the qualities that make the Good Natured such a special band.

Pete And The Pirates @ The Mojo. 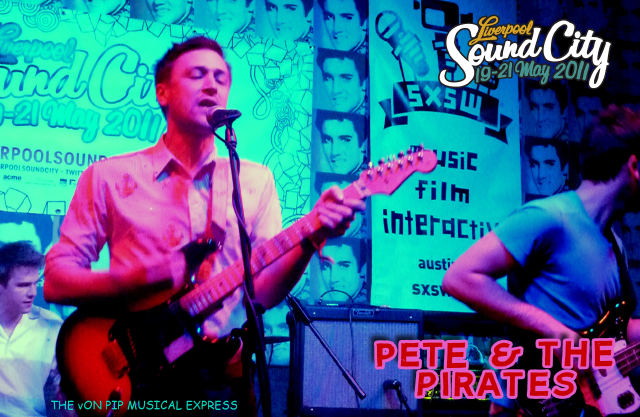 We been following Pete and his Pirates (well two Petes actually and just to confuse you the lead singer is called Tom) since their debut album Little Death in 2008 but this was our first chance to catch them live. The band played an energetic set of quality indie pop that is anything but generic lad rock.  There is a real emotional heart at the centre of their latest  album ‘One Thousand Pictures’  which demonstrates  a new depth and maturity in terms of song writing and sound.  Lead singer Tom Sanders is as  engaging a front man as your likely to find and it wasn’t long  before his infectious energy rubbed off on the crowd, as spontaneous outbreaks of  random dancing spread around the venue .  A great set from a wonderful, quintessentially English band whoose lyrically astute and occasionally quirky music never fails to entertain. ( Interviews here  and most recent here) 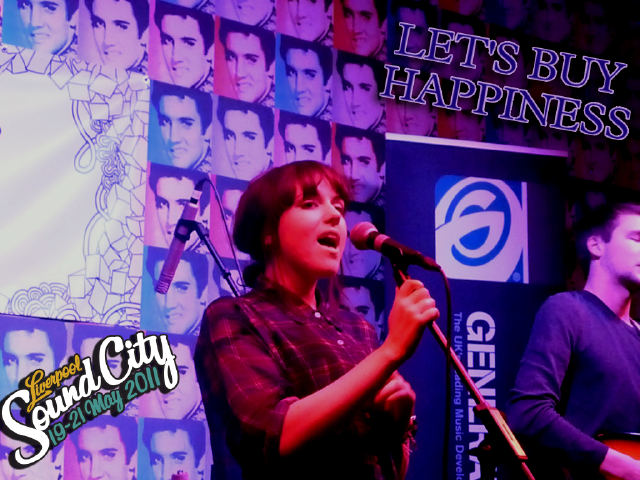 Yet another band we have been huge fans of  but not managed to catch live until now.  Let’s Buy Happiness produced a sparkling, magical performance at the Mojo and the glacial, pristine quality of Sarah Hall’s voice, recalling Elizabeth Fraser and Harriet Wheeler coupled with the tightness of the rest of the band’s playing made this a memorable gig.   Sounding like the perfect 4AD band they rattled through a hugely impressive eight song set including a number of new tracks we’d  not heard before as well as old favourites such as ‘Six Wolves’ and  ‘Fast Fast’. On this evidence the debut album will be an absolute corker.  (Interview here .)