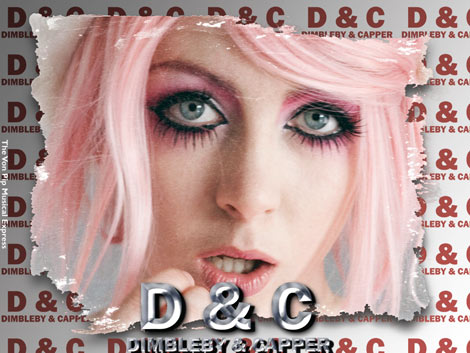 ‘Let You  Go’ By Dimbleby And Capper.

‘Raise It Right’ By Dimbleby And Capper.

Laura Bettinson’s first foray into music was very much a piano based affair. But when it came to gigging around London’s numerous venues, she quickly realised that despite the popular myth, a large proportion of the capital’s pubs and clubs do not actually house  ‘old joannas.’ Not even for the purpose of enabling  pearly kings and queens to congregate and roar spirited renditions of ‘Roll Out The Barrel’ with the sort of florid faced gusto that would induce nostalgic tears to tumble forth from Richard Curtis’ rose tinted eyes.  Furthermore Laura also discovered that hauling bulky musical equipment (such as a stage piano) on to the London tube was no easy matter. She needed a re-think and eventually decided to form her own musical haulage company, ‘Dimbleby and Capper’ in order to transport her equipment around venues and….erm, ok, ok  some of the above may not quite be one hundred percent accurate. However Laura did re-think her situation and discovered that working with electronic paraphernalia, not only presented a compact solution to her equipmental logistical conundrum, but that it also pushed her song writing into different and arguably more exciting experimental territory.

After opting to release her songs under the rather random pseudonym of Dimbleby and Capper  she has enjoyed considerable critical praise and underground success. Her music is an eclectic mixture of tribal beats, quirky electro samples, bleeps and a fusion of sound that at times seem to be pulling in different directions but is held together by the musical glue that is Bettinson’s remarkable voice, one which combines the edginess of female new wave singers with a more traditional (dark) pop sensibility. She’s also managed to create a sound that is accessible yet experimental and at the same time has seen the Dimbleby and  Capper ‘concept’   morph into something of a creative collective, not only encompassing music but also fashion, design, art, D.I.Y. warehouse parties and a dance troupe!  It would seem that Bettinson is positively bursting with creative ideas and energy. After the underground success of her self released debut EP ‘Slick Maturity’ in 2009 she played The Great Escape, Latitude and Glastonbury festivals and gained something of a name for herself as a producer and re-mixer.  Dimblebly and Capper have just released a debut single ‘Let You Go’ on London Indie imprint Tape, it’s an uplifting slice of  edgy, dark, electronic pop which highlights her innovative style of song writing and should help see her expand her ever growing list of admirers.

We had a chat with her, and got that awkward first question out of the way…..

VP: Hi there, ok – so, I know you get get asked this a lot, so let’s get it out of the way and have the definitive answer….. but of all the names you could have come up with, why did you choose Dimbleby And Capper. Unless of course those happen to be your real name/s

D &C : Names of my ex-boyfriends. David and Warwick. What fellas.

VP: How did you first become involved in music and production, I guess it’s fair to say you’re a pretty technically astute person?

D &C : I first started to play around with electronics after moving to London to study and quickly finding out you can’t carry a stage piano around on the tube. I needed a way of fitting my sound into a suitcase, which was when I invested in a loopstation and some basic recording equipment and never looked back.

VP: How easy (or otherwise) is it to self release music these days, as you did with your debut in Ep ‘Slick Maturity’ . What are the advantages for an artist of being on a label these days?

D &C : I think it’s brilliant the way it is so easy to self-release music these days! But in order to do it successfully you usually need enough funds saved up to spend on a good PR team and Radio team- without those guys on side it’s easy for self-releases to go by unnoticed. For me being on a label means the load is shared. For me it’s not so much about the kudos of a label but more important to find people who you trust and can work well with knowing that they’re putting as much energy into promoting your music as you are. No matter on what level, major label or indie, if you find those people it all gets a lot easier.

VP: Your new single has just been released ‘Let  You Go’ . What’s the song about? When you first write a song, do you kind of have it fully formed in your head, or when you get in the studio do you think…actually if I add this and take that out ….how does it work for you ?

D &C : I write, record and produce all my music from a home-studio so there is no pressure on me to work on cue, I can work all night or not at all if I don’t fancy it, the songs usually evolve from a beat and mumbled top line. ‘Let You Go’ is a song inspired by my schizophrenic, now hospitalised neighbour. It’s about wrestling with the shadow of a former lover, something you can feel but can’t touch. In the verses I tried to capture that sensation of feeling something is near you but it being obscured by something, drifting in and out of focus.

VP:  Do you design all your own costumes and tell us a little about the DIY parties your involved in ?

D &C : Yes, the costumes are all made from bits and bobs either I or friends have made for me. That creativity comes out of big ambition, coupled with a lack of funding.  You make do, you find a way to make things work, you know what you’re aiming at but know that money is not a currency you can trade with. You find ways of realising the ideas in your head, come at it from a different angle- this usually means adopting this D.I.Y attitude, finding like-minded individuals that can help you.

The D.I.Y parties are a celebration of this attitude; everyone is encouraged to come in something they have made themselves, from the tiniest brooch to fully blown body suit.  It’s a great way for people to unlock a part of their personality they may not regularly tap into or a chance for people to showcase pieces they have been working on.

VP:  What sort of musical artists are you inspired by?

D &C: All sorts. I love 1950s doo-wop, the carefree nature of it all. I love the forlorn 1960s girl group ballads and Phil Spector’s production in general. I’m inspired by a lot of electronic artists, Bjork, The Knife, Laurie Anderson. Strangely enough one of the albums that sound-tracked my childhood was Paul Simon’s Graceland. A good melody or a ballsy female vocal always inspires me.

VP:  What are your plans for the rest of the year?

D &C : Plans are to play some shows over the summer and then release another single September time, we’ve got a couple more video shoots lined up and I’m hoping to finish work on a side-project I’ve been working on with a UK producer and couple of chaps from LA before the year is out. D&C album to come early 2012.

VP:  How do you listen to music these days? Ipod, on line, Cd, Radio ? What’s your preference?

D &C : Online. Never CD. Sometimes iPhone if I’m out and about. Radio (MLR, Metro Love Radio- you’ve gotta check it out, it’s THE ONE) if I’m driving.

VP:  One song you wish you’d written and why?

D &C : Jefferson Airplane’s White Rabbit. Why? It has an immediate imagery and a raw vocal, which always appeals to me. It’s one of those songs that moves you somewhere instantly and keeps you there for 2:31.

VP: If you could sum up your ethos in five words…