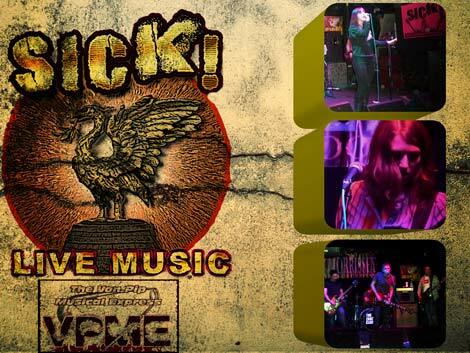 “When are you going to grow up and stop pissing about with pop music, you big girl!, You wanna get back into footie, lad” said my sagacious

acquaintance (to call him a friend would suggest we had things in common-like mutual respect.) He looked quite the dandy clad in a replica Everton shirt, stretched to breaking point across the leviathan girth of his capacious well stocked stomach, his absurd garb complimented by the accoutrements of the terminally stupid, the ubiquitous Homer Simpson novelty sock set.  These pearls of wisdom came from a man, whom some minutes earlier, had been informing complete strangers via the medium of song that Everton were magic, whilst Liverpool were apparently tragic.  As to the merits of his suggestion that I need to grow up in some shape or form, I addressed his metaphysical musings on the subject with a retort that,  whilst not exactly Wildean in terms of wit and pithiness, certainly found its mark -‘ Maybe I’ll grow up when you stop talking utter bollocks you fat cretinous Neanderthal oaf’. Admittedly I felt a pang of  guilt afterwards, feeling as if I’d just kicked a particularly docile Labrador,  I had formed the opinion that this hapless miscreant couldn’t really help being an idiot, it kind of  just came naturally to him, like breathing.

But really, is the removal of one’s brain now a pre-requisite for being granted entry to the nation’s football stadia?  Sadly, it would appear so, if the mind numbingly inane communal singing that passes for wit at such occasions is anything to go by. Our friend in questions particular favourite ditty at present is ‘What’s that coming over the hill? It’s Jagielka, It’s Jagielka’ (sung with gusto to the tune of the Automatics ‘Monster’ no less).  Sigh!… And so I follow music, he attends football and never the twain shall meet, horses for courses I guess….

He certainly wasn’t in attendance at our latest “Sick! music night” but fortunately some great bands were as well as the discerning music fan ;) looking for something more than a Beatles tribute band or a karaoke warblefest.  The first band of the evening were The Kiara Elles from Leeds , a band  I have become rather smitten with in the aftermath of their ‘Odio Ep’ and their wonderful début album, ‘Slide Over’. I was obviously delighted that the band had agreed to make the perilous, Tolkienesque journey across the Pennines to Liverpool to play a set for us.

“Savoir Faire” By The Kiara Elles

“Odio” By The Kiara Elles

Prior to taking to the stage lead singer Chiara Lucchini leant forward conspiratorially and said ‘You probably won’t like us after this’, she couldn’t have been more wrong of course, and  my legal team are now drawing up documents which will enable me   legally adopt them all . They played a fantastic set and in Chiara they have a front person who is as charismatic and mesmeric a performer as you’re likely to see, totally committed, passionate and exuding such energy that I felt exhausted just watching her propel herself about the stage. She really is pure dynamite on legs and definitely has that certain special something about her, surrounded by that intangible aura that can only be defined as ‘star quality’. A fantastic performance and one can only hope that in the shallow money trench that is the music business a band this good can make its mark, they certainly deserve to.

The Kiara Elles may have been a tough act to follow but Manchester’s Suzuki Method certainly gave their all and pulled a great performance out of their musical hat.  Their songs are a genre traversing mix of dance and Indie, mixing the old school Mancunian Hacienda vibe with hard edged guitar pop which they manage to pull off with great aplomb.  With a debut EP due for release on Factory Foundation records in August and containing tracks such as “Purple Aki”  (surely a ,“Can I Feel Your Muscles” remix is just begging to be released, as is  Aki  probably) and “What We Do Is Not A Secret , expect to hear much more from this outfit in 2010.

Final act of the night came from Thee SPC favourites, Standard Fare from Sheffield. Their début album “The Noyelle Beat” has become a firm favourite on the blogosphere and their set showcased their endearing boy/girl jangle guitar fretted tunes about love loss and regret. They have already been compared to the likes of Belle and Sebastian but have a more substantial overall sound and don’t go overboard on self indulgent tweeness or whimsy,  they write songs that are as heartfelt as they are endearing.

Live they exude energy and melody and produced a set that was tighter than the rope I’m planning to garrotte Simon Cowell with given half a chance! (For clarity this is a joke and not an actual threat, in any case I’d probably use a gun for a cleaner kill J) ‘Philadelphia’ ‘Secret Little Sweetheart’ and ‘Love Just Doesn’t Stop ‘ all demonstrated the bands lyrical and musical dexterity and ability to produce bitter sweet, uplifting pop music.  It’s a real shame that radio stations like 6 music, which purports to support new up coming bands doesn’t play more of this sort of music on a regular basis instead of it’s love of ‘archive classics’ . Mind you has it ever really been that supportive of new music, bar the odd DJ, or was that just part of the popular myth that grew up around the fact that it had a  slightly more eclectic output  than Radio 1 and 2 ?  A shame because bands such as the ones on this bill really deserve to be heard!

But all in all a night of fantastic music from bands I have nothing but admiration for. Such a line-up may take some beating in the future; indeed one person commented that this line up was ‘perfection’, and its remarks like that, that really make all the effort worthwhile. Roll on October…if the Tories haven’t rendered us all destitute and unable to drown our sorrows with cheap booze from the supermarket ;)