Let’s start at the end.  As Bristol’s shoegaze collective The Fauns left the stage after completing a jawdroppingly brilliant set you couldn’t help but muse on the fact that this is a band who’s sound is so immense that they really should be performing on the upper tier of the big festival circuits (such as Coachella for example).  However luckily for us they had just finished an epic performance in the rather more modest environs of Liverpool’s Shipping Forecast.

With a set that predominantly consisted of material from their superb second album ‘Lights’ this was a performance that demonstrated the majesty and power of the bands cavernous iridescent sound.  Comparisons are perhaps inevitable given that The Fauns make no secret of the fact that they are hugely influenced by classic shoegaze, and Alison Garner’s ethereal vocals are bound to draw favourable comparisons with artists such as The Cocteau Twins, Lush etc.

The blistering wall of guitars conjures up the vicious power of classic My Bloody Valentine, but there’s a real pop sensibility to the Fauns music. They don’t utilise their guitars simply as blunt instruments to bludgeon you into submission; instead, they use controlled power to create wonderfully wrought cinematic soundscapes.  It’s also not music that merely seeks to demonstrate how technically proficient the band are or strives to dazzle with a box of technical tricks and guitar pedals (although it does dazzle) this is music with a real human heart. Songs such as the effervescent headrush of ‘Let’s Go’ the melting grace of Mazzy Star-esque ‘Give Me Your Love’  or the driving beauty of ‘With You’ are all object lessons in how to construct perfect shoegaze pop with emotional depth. Because The Fauns squalling coruscating guitar shimmer when juxtaposed against the elegant delicacy of Garners vocals genuinely has the ability to move and inspire.

The Fauns create a surge of beautiful widescreen noise which is all encompassing and is akin watching distant stars exploding. And if you haven’t checked out their second album ‘The Lights’ yet what are you waiting for?  Get it here 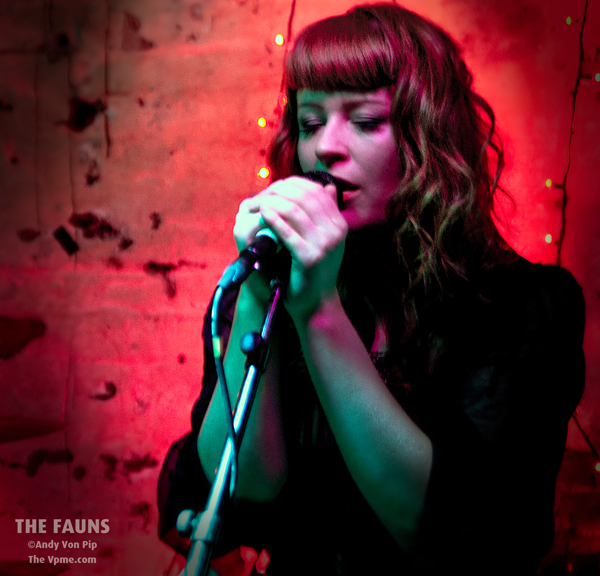 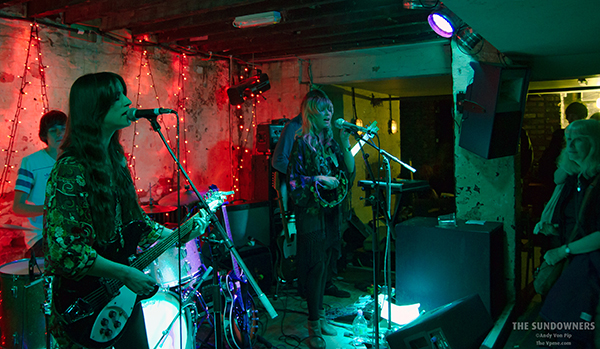 The main support came in the shape of up and coming soon to be local heroes, and one of our tips for 2014, The Sundowners, a band that look set to break free from the Fleetwood Mac comparisons if their new material is anything to go by.  They may still be indebted to 60’s and 70’s harmonies but there’s a real edgy psychedelic blues influence to their sound now, which on occasion sounded positively Zeppelin-esque.  Alfie Skelly who at times seemed to be fighting the urge to go into full on Hendrix style wig-out mode demonstrated his virtuoso guitar skills wringing all manner of weird and wonderful riffs from his guitar whilst the powerhouse dual vocals harmonies of front-women Fiona Skelly and Niamh Rowe took centre stage.

Their ‘Medicine EP’ will be released on Skeleton Key Records on Monday May 12th.