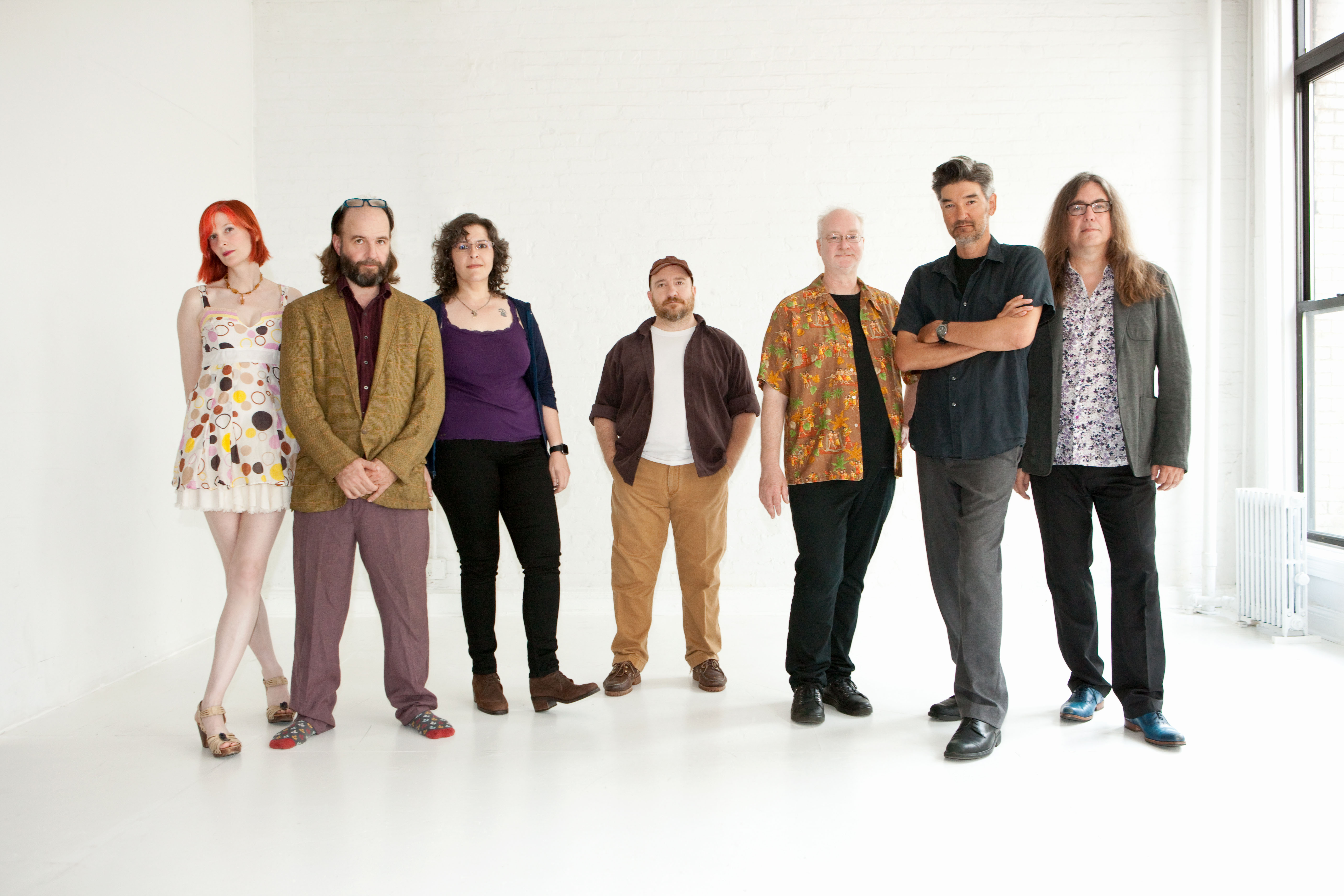 “How can you tell if a musician slept on your couch? “ Beat … “He’s still there”.  So went one of Stephin Merritt’s anecdotal preambles to his sonic autobiography 50 Song Memoir.  Just like the proverbial musician sleeping on your couch, Merritt and The Magnetic Fields slept over in Liverpool to perform the epic album over two nights but didn’t outstay their welcome.  The most surprising thing about this unusually structured gig was that even after turning up for two nights in a row the audience were left wanting more.

Sat within an elaborately decorated childhood bedroom Merritt was surrounded by objects of personal nostalgia that included knitted toys, doll’s houses, records and instruments that have served him across his lifetime.  Behind the kitsch and quirky Wes Anderson style stage setting, in a horseshoe formation, where the rest of The Magnetic Fields – all of whom underwent outfit changes at the intervals.  Above the stage was a small picture framed screen that projected animations and introductions to each track and served as a portal into the past.  The gig itself, across both nights, was rich in detail and as expected expertly performed.

In this scripted show, Merritt tells us that he and his Mother ‘moved around all of the time.  I saw no real reason to engage with my sticky schoolmates.  I was forced to pretend to have friends and I can’t remember any of their names’.  Childhood homes are one of the spaces our imaginations use to construct architecture in dreams although they may be redecorated to fit the theme of our passing REM, the structures and layouts transposed remain the same.   Merritt lived in thirty-three different places in twenty-three years.  This tour feels like a job he was destined to be cut out for; the pattern of landing in new cities and performing within a constructed bedroom before moving on seems to be re-inscribing itself on his present temporal context.

The experience of ‘just passing through’ goes some way in explaining Merritt’s skilled wry humour and his tendency to explicate Gen X infused disassociation with songs such as ‘Surfin’’ – an inverted surf rock song that tells us ‘boring people go surfing, in those horrible shorts’.  His propensity to kick back is funny.  He tells us a critic said he’d never write a song that goes ‘bompedy bomp’ before pointing to his bandmate and saying ‘hit it’ to such a song.  His right to reply is fully capitalised on within his work and the ‘birth of the reader’ is often aborted for inaccurate interpretations not least in the song Quotes.

Do I feel I know Stephin Merritt having seen 50 Song Memoir?  I know that his Mother once had a ‘massage business in the spare room’ and that suddenly they ‘were scandalously middle class’.  That he always thought he’d meet his real father on ‘Oprah’ but it never happened.  That after defending his decision to move back to New York to his Mother it had ‘been a mistake’ and that he once stayed in bed for a whole year after eating contaminated cheese.  50 Song Memoir is a show abundant in content, but outside of observing Merritt’s humour and intelligence, I can’t say that I know him any better.  This isn’t dissatisfying, or a complaint.  The dislocation is as it should be – our relative gap and the line of fiction is something that is being addressed.  Judgement on the man himself would be exposed as futile – or else would become a meta-pop song.