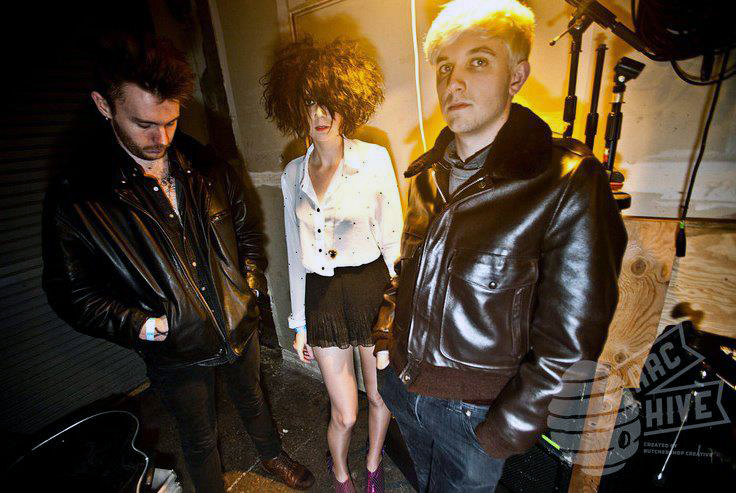 During the last week a couple of artists gave away free downloads to celebrate Valentine’s Day. VD is not something we celebrate, genuine affection is not a commodity that can be bought! We generally regard the whole affair as a huge kak fest and have no wish to join in this shadow festival of contrived emotion. One that reduces love to the price of a card and a box of chocolates whilst applying crass, psychological pressure on normally happy singletons to conform to the societal norm-“get in a couple you freaks!!”  Now we know how atheists feel on Christmas Day!!

The first freebie was offered by our chums The Good Natured, which is refreshingly dark and angsty and could almost be described as an anti-valentines day song “look, this is where you end up when you fall in love. Lost, alone and bereft!” It could well have accompanied Roy Battys famous “like tears in rain” speech in Bladerunner too, which is handy as it’s called “Raindrops”

Next up with another bruised Valentines Day offering comes exlovers with a rather lovely languid take on Chris Issacks haunting classic “Wicked Game.” Their debut album will be out soon and we are really rather excited by that fact!

Now it’s time to challenge the norm, smash sexual stereotypes and bring down the walls of patriarchy…erm, well maybe not quite, but here are two fantastic videos, which both use “gender-flips” to great effect and are both very different but equally fantastic tunes.

This is a bit special, if My Bloody Valentine did dance music it may well have sounded something like this. A beautiful, hypnotic all encompassing soundgasam!  ! Man Without Country are a  South Wales based duo, and say their name derives from “a sense of not belonging.” Having wrapped up 2011 with remixes for Active Child, M83 and School Of Seven Bells, Man Without Country kick off 2012 with the release of their own single ‘Puppets’ on Lost Balloon / Cooperative Music on April 2nd. Music you can dance to which has brains, heart and soul!

Australian chanteuse and VPME fave Sarah Blasko, who once put the cryptic message on an album sleeve ‘Just because you’re in a band, it doesn’t mean we have to be friends’ must have had a change of heart.  Not only is Seeker, Lover, Keeper a band which includes Sarah but also her friends Sally Seltmann and Holly Throsby who are all critically acclaimed, award-winning solo artists in their own right. Their eponymous début album as is out on 2nd April and was recorded in just two weeks in New York, being produced by the band along with Victor Van Vugt (Nick Cave & The Bad Seeds, Athlete, Beth Orton). The results as you would expect are quite exceptional.

Here’s a new artist with a track delightfully titled ” Love Was Always Cruel, It Just Wasn’t Cruel To Me” , which has more than a hint of the laconic, melody driven introspection of  Evan Dando.  Jordan is a 19-year old solo artist from Manchester, England  and says he takes influence from many different artists from a variety of  genres and eras, he began first began writing music in 2010. There’s a free download of the afore mentioned track below plus the twisted slow burning “Lull.”

“ Love Was Always Cruel, It Just Wasn’t Cruel To Me“